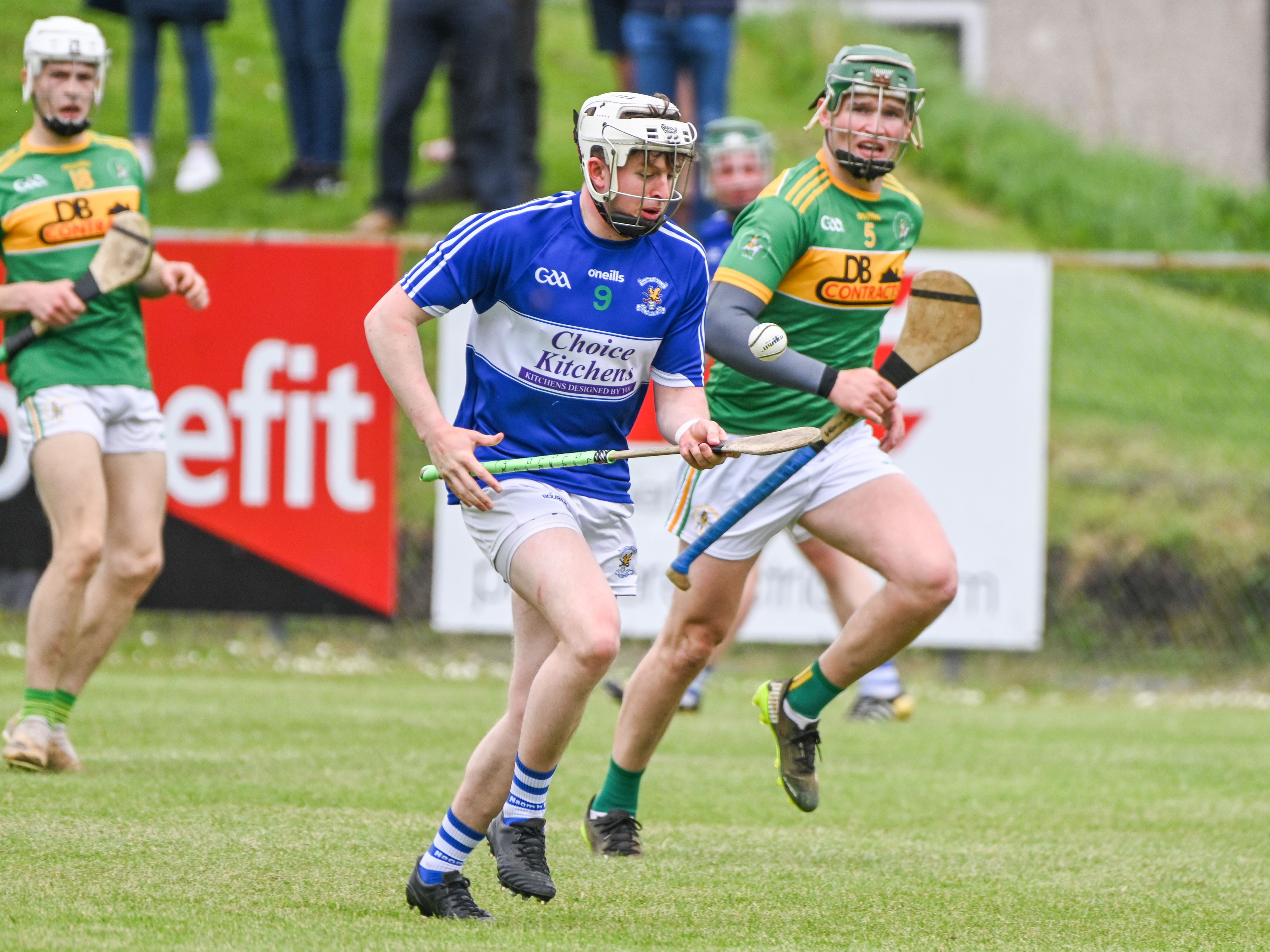 TEN points from Nicky McKeague and a late Deaglan Smyth goal saw Dunloy claim the win at Corrigan Park on Sunday in a rather forgettable affair against St John's.

With both sides missing a host of regulars, this stop-start affair didn't really get going as Dunloy gradually pulled away in the second period after the hists enjoyed a good start.

The game came to a rather unsatisfactory end with both Padraig Nugent and Gabriel McTaggart shown red for an off the ball tangle that appeared to be little more than a grappling match, but both left the field just seconds before the full-time whistle brought this game to a conclusion.

The game got off to a fine start as Simon Doherty saved well from Chrissy McMahon with the Johnnies going upfield and it was their number 13, Ruairi Galbraith who thumped to the net.

Jack Bohill added a point straight after, but Dunloy began to find their feet with McMahon opening their account and McKeague knocking over his first of the day from a free.

Oisin McManus and CJ McKenna responded for the hosts, but Dunloy began to get into a flow with Deaglan Smyth scoring after one of a few long injury breaks in the opening half, substitute Barry Scott registering and McKeague with a brace to level the affair.

The sides began to trade points with McTaggart and Eoin McFerran cancelling out McManus points before McKeague converted a 65 and Rory Mullan drilled over.

St John's finished the first half well with McManus pointing a free in stoppage time followed by a good Dannan McKeogh effort to leave the sides level at the break, 1-7 to 0-10.

Dunloy were just that bit better after the break with McKeague setting them on their way with a pair of frees before McManus responded with one from play for St John's.

McKeague knocked over another free with Deaglan Smyth landing from out on the right before points from McManus and McKeogh left just one in it entering the final quarter.

Ryan Mort and McManus traded further points to leave this game in the balance heading down the home straight, but it was Dunloy who managed to kick on with McKeague landing a 65 after Simon Doherty did well to deny Smyth.

Kevin Molloy got his name on the scoresheet and a pair of McKeague frees pushed the gap out to five.

While McManus pulled one back with a free in stoppage time, the issue was put beyond doubt as Smyth spun Aidan McMahon on the left and this time there would be no denying him as he found the top corner of the net to seal the win for the Cuchullains.