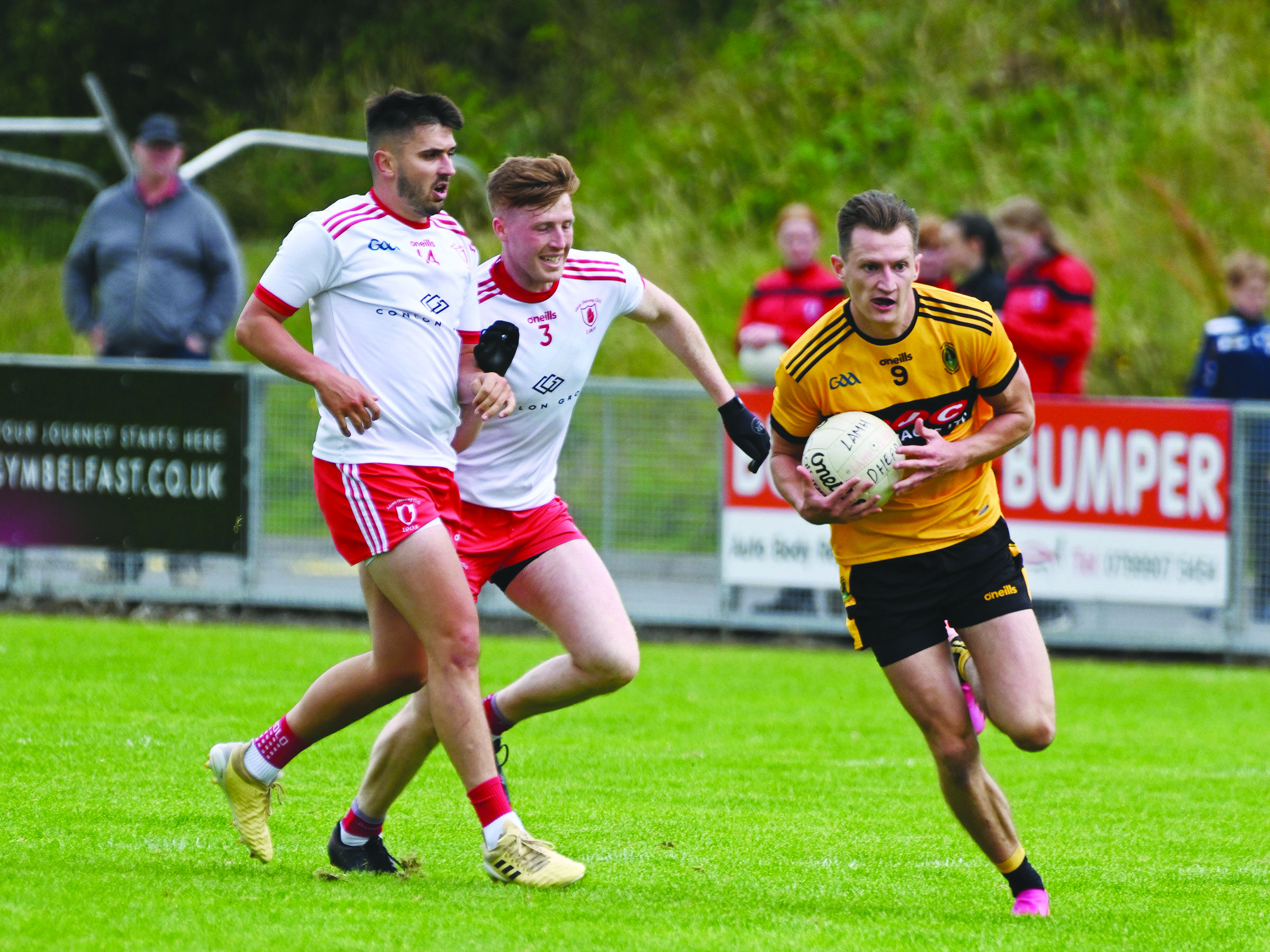 IT'S as you were heading into Sunday's Division One fixtures in the Antrim Football Leagues as the top four all won on Wednesday evening to remain in place heading into the weekend.

Rossa have enjoyed a very decent run of form with four wins on the bounce to leave them in a very healthy position in the top half of the table ahead of the split that is fast approaching, but facing Casement's on Sunday will be a real test.

Lámh Dhearg couldn't get the better of the Bannsiders on Wednesday, but will be hopeful of a better outcome when Naomh Éanna head over the mountain aiming to bounce back from their midweek loss to Cargin.

The Erin's Own men are just one point off the league leaders - albeit with one more game played - and they welcome St Gall's to Toome.

Creggan are level on points with their neighbours and they host Tír na nÓg following a midweek win over Gort na Móna and the remaining game is Aghagallon enjoying home advantage against Ahoghill.

Davitt's may have dropped a point with a draw at home to Aldergrove in Division Two on Wednesday, but they actually extended their lead at the top after Moneyglass were stunned by Ardoyne.

The Falls Road men head to face third-place Glenravel on Sunday, while Moneyglass head to the west of the city to face St Teresa's who are now bottom of the table on head-to-head following Wednesday's loss to Sarsfield's.

The Paddies will aim for back-to-back wins as Ballymena are the visitors to the Bear Pit, while next door, St Paul's will aim to bounce back from their midweek defeat as Dunloy are in town.

Ardoyne's latest win saw them climb up the ladder into eighth place on as many points where they are level with Glenavy who are their opponents on Sunday, while Rasharkin host Aldergrove in the other game.

It's the last round of games in Division Three ahead of the split and while Pearse's v O'Donnell's is postponed until next week, both will stay in the top half regardless of the outcome.

The battle between who finishes in the top half and bottom half will be centred on two games with Éire Óg and St Gall's III both on nine points as it stands.

Éire Óg have a very tricky assignment as they head to second-place St Comgall's who are aiming to keep pace with the leaders, while the St Gall's third-string head to Cherryvale to meet St Malachy's.

St Patrick's, Lisburn lead the way still and they host Greencastle, Wolfe Tone's, while the remaining fixture will see Laochra Loch Lao host St Agnes' in a game between the basement sides that both have just one point to show for their efforts so far, so will be keen to get a first win of the season.

There are also a couple of hurling games scheduled for the weekend, with Cushendun hosting Portaferry in Division One at 1.30pm, while St Brigid's, fresh from their historic first win last weekend, travel to Larne in Division Four.