Gaelic Games: Gleeson set to rotate for trip to Tullamore 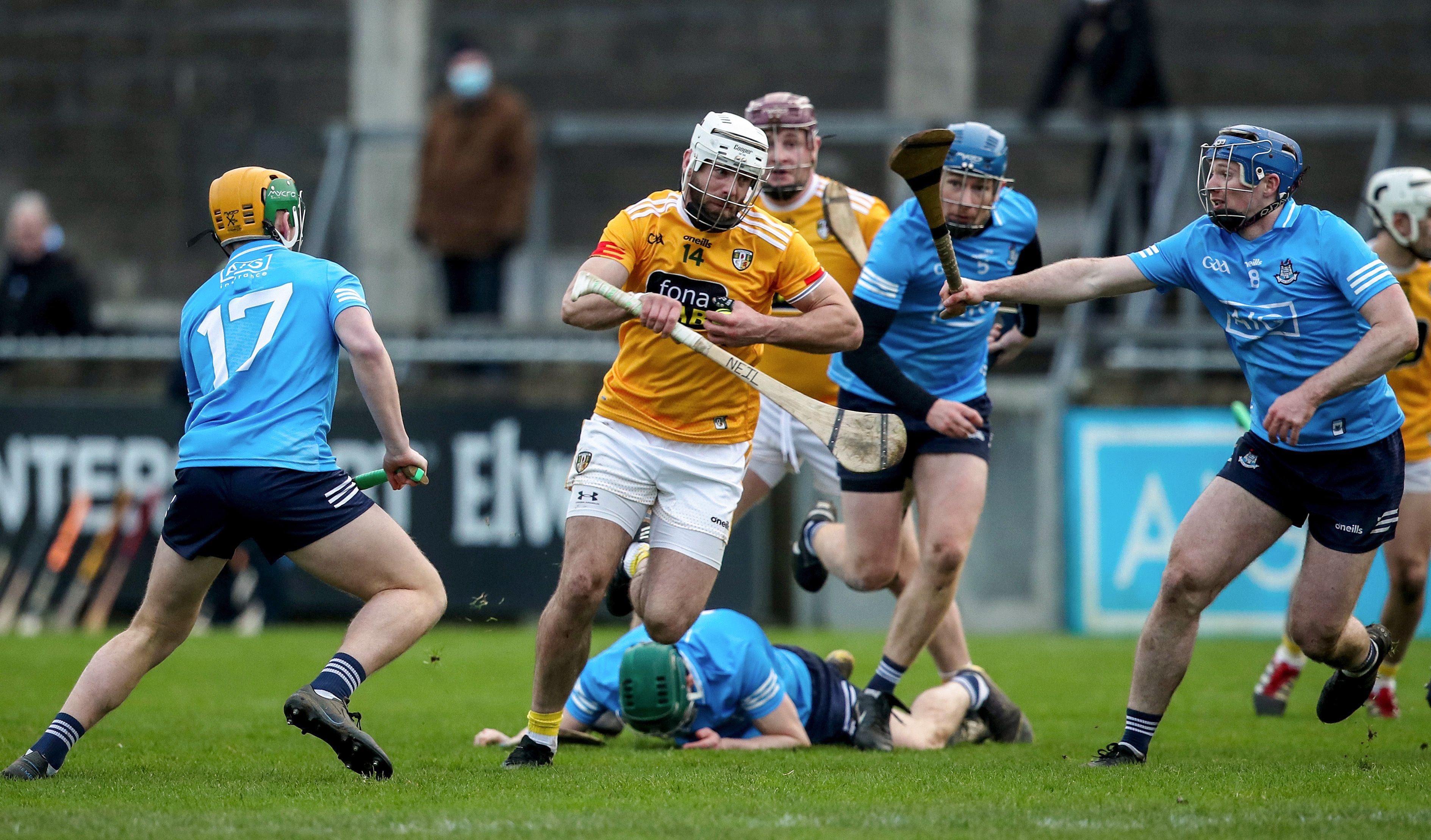 THE 2022 preparations continue for Antrim’s hurlers in O’Connor Park, Tullamore on Sunday when they face Offaly in the Walsh Cup (throw-in 2pm, live on BeoSport).

Both sides lost their opening Group A fixtures at the weekend with Antrim falling to Dublin, while the Faithful were six points off Galway who are now guided by Henry Shefflin and will provide the opposition for the Saffrons next week.

January is the start of a journey rather than the destination, so performances and running the eye over the extended panel ahead of the National League is the main objective, although a result is of course a welcome bonus.

At Parnell Park on Sunday, Paul McMullan, Scott Walsh and Aaron Bradley made their senior inter-county debuts, while Deaglan Murphy and Daniel McKernan returned after several years away.

This weekend, there will be an opportunity for others to put their hand up to make the cut for the League panel and manager Darren Gleeson confirmed that all who are fit to play will get their chance over the next couple of weeks.

“There are a few guys there who were carrying niggles from the first few weeks back training and didn’t see the field, but we’ll see a new hand next week and then we’ve Galway the following week before a two-week lead into the first (League) match below in Kilkenny, so it’s exciting times,” he said after Sunday’s game in Dublin.

“We have to finalise the panel for the League. At the minute it’s a pre-season training panel but then it will be a League panel. You will see new faces again next week and probably again against Galway, and then we’ll pitch the panel after that.”

Dublin maintained their recent dominance over Antrim last weekend and it was a victory built on all the attributes that have been associated with Mattie Kenny’s men in recent years.

While physicality and athleticism are the hallmarks of this Dublin side, it would be churlish to say that is all they bring to the table as last year’s Leinster SHC finalists are crisp in their play with the support running helping them get into space to take scores.

That was again a feature on Sunday and Gleeson says that for Antrim to get up to that level, the hard work must begin long before players graduate into the senior team and it takes more than just hurling skills to be an established team in the modern era.

“You just stay training and try to make yourself a better athlete,” he stressed.

“Our boys will see that again today - they’re seeing it all the time. These Dublin boys have been in a system since they were 14 or 15 years of age and when they come in (to the senior set-up) they come in ready.

“You will see that in Antrim now that in the last couple of years we have got that going with minor and U20 where there is ‘S&C’ (strength and conditioning), there is nutrition and a proper set-up.

“We have guys who are well capable when they are in the right condition to go and play against these teams, but pre-season: stay working at it and see what happens.”

On the new and returning players being given their opportunity this month, Gleeson was forthright in what he believes they will bring to the team as Antrim aim to keep pace with the evolution of the game.

He continued: “Energy - they are all well able to play but this game now requires a huge amount of energy.

“It requires a huge amount of fitness, ball-handling skills. The game has developed even in the two years since we started. There’s a new way of going about business and to play against that, you need legs, lots of mobility, so we are trying to develop that.”

There are green shoots in Antrim hurling and while the U20s lost both Conor McGurk Cup games including a defeat to Donegal on Saturday, those games have afforded the next generation to get a taste of senior inter-county hurling.

The work is continuing throughout the age grades and Gleeson reports that Dunsilly has been a hive of activity and believes the signs are good for hurling in the county.

“Up at Dunsilly yesterday (Saturday) you had the 14s and 15s out playing, the U20s, the 17s were out the night before,” the All-Ireland winner reported.

“At this time of the year, that is fantastic for us. We need to be developing as many players as possible.

“Jordanstown the other night (Tuesday) there was upwards of 70 hurlers from seventeen-and-a-half up to the oldest - I won’t mention his name! - all there actively working for the Antrim jersey.

“That’s the process and the end game. There will be ups and downs along it, but please God down the line, we’ll see the benefit.