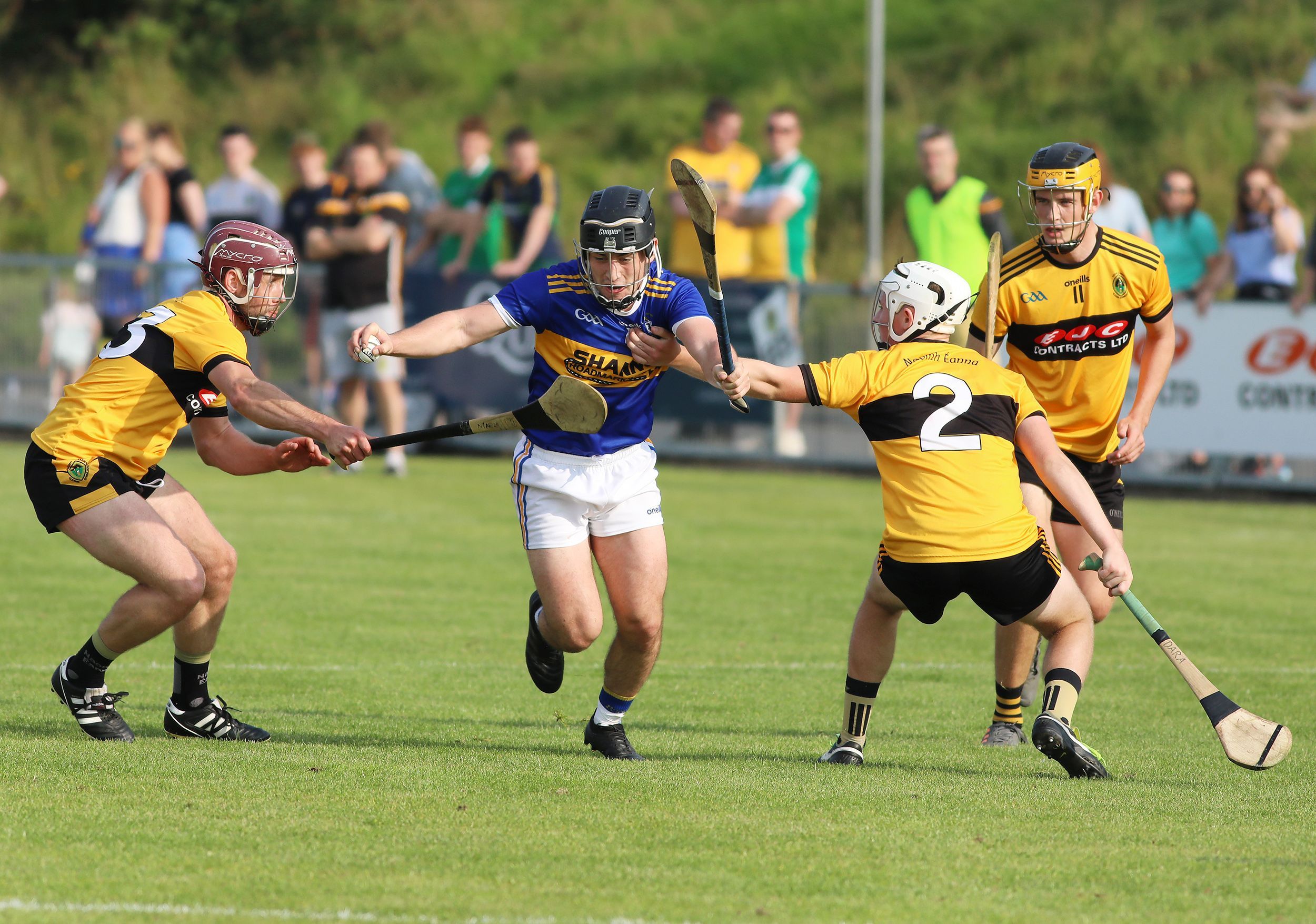 THE Antrim hurling leagues are beginning to gather pace and this evening, there is action across all four divisions.

It's a cross-city affair at Hightown as Naomh Éanna host Rossa in a game between two teams who picked up their first points last time out.

The Glengormley side went to Ballygalget and were three-point winners, while Rossa produced a strong finish to get the measure of Ballycran.

This will be their first meeting since last summer's championship clash that was won decisively by the West Belfast outfit, so Naomh Éanna will be keen to redress the balance.

It's a rematch of last year's championship quarter-final in Loughgiel this evening as high-flying St John's put their perfect record on the line.

Last year, the Johnnies accounted for the Shamrocks in a thrilling battle in Portglenone and while the stakes aren't quite as high this evening, Brian McFall's men will aim to keep their excellent start to the season going by making it five wins from five against the hosts who can join them on eight points with a win.

Ballycastle have also made a good start to the season and they make the trip to Cushendall, while Cushendun will look to get their first points since returning to Division One with Ballygalget the visitors.

In Division Two, there is a top of the table clash as Carey and Bredagh - who are both four from four so far - meet to see whose winning streak will continue.

Clooney Gaels are just one off the top having drawn one of their four games and they host St Paul's, while there is a West Belfast derby at Enright Park where Gort na Móna seek to get off the mark with Sarsfield's making the short trip to Turf Lodge.

St Gall's face a trip to Dungannon this evening to face Eoghan Ruadh who are also without a point and Carryduff have home comforts against Glenariife who are the third side still to get off the mark.

The other game in the division is a local derby with Tír na nÓg hosting Creggan.
In Division Three, there is another West Belfast derby as Davitt's host Lámh Dhearg meet with both seeking to claim their second win of the campaign.

Bottom of the pile Na Magha are at Rasharkin, while Armoy host Glenarm and Armagh's Cuchullain's host Glenravel with both home clubs vying for top spot.

Ballymena have won five out of five in Division Four and they put that winning streak on the line as they head to the Bear Pit to face Sarsfield's II.

St Brigid's may have lost out to Latharna Óg at the weekend, but appear to have a spring in their step as they face an 'away' game against Loch Mór Dál gCais at Musgrave Park.

There is a North Belfast derby at The Cricky with Ardoyne hosting neighbours Henry Joy's, while St Gall's II are at Latharna Óg.

There is also one football fixture this evening as Laochra Loch Lao host St Agnes' in Division Four.