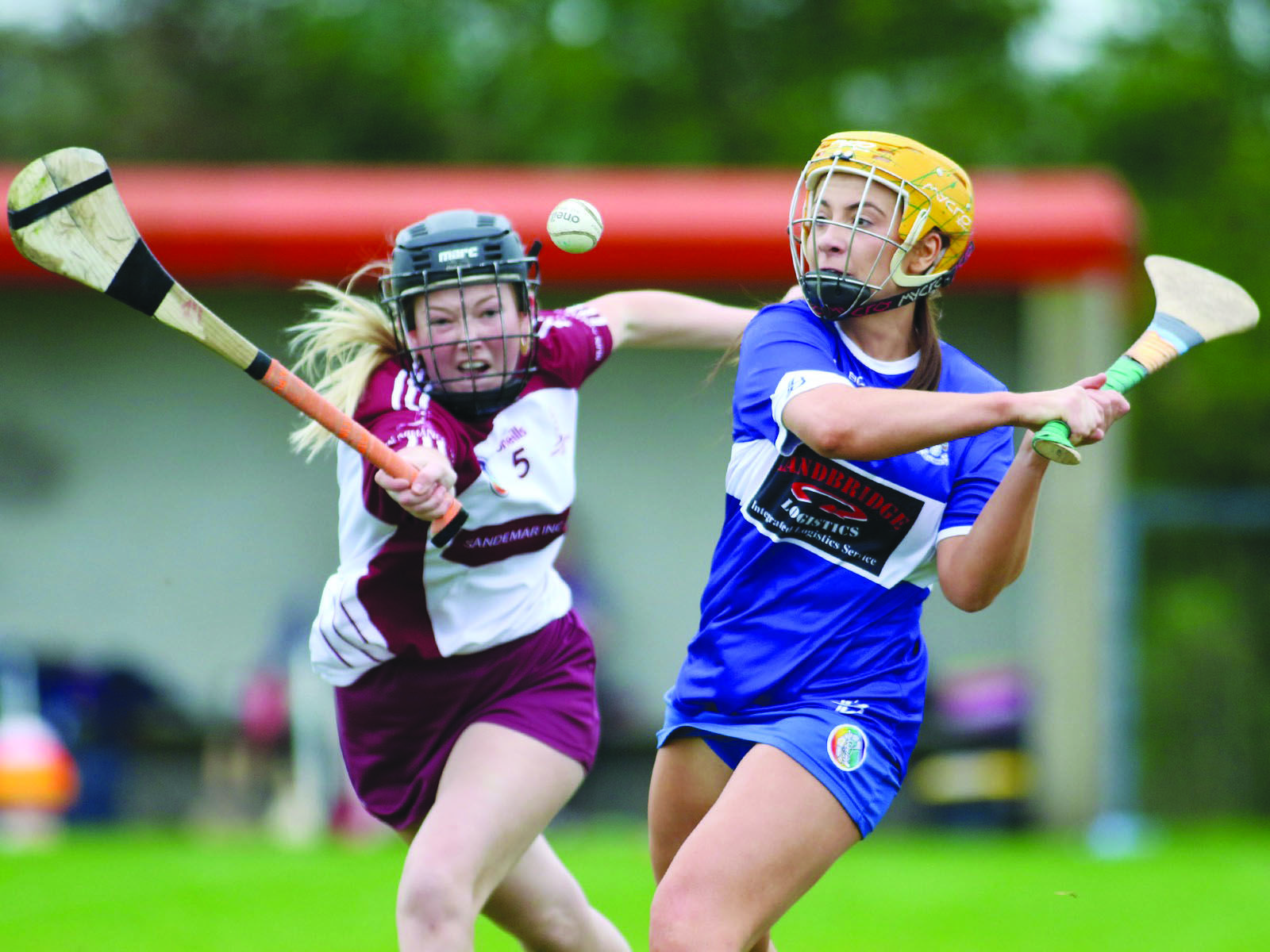 ST JOHN’S camogie manager Domhnall Nugent feels a win in Sunday’s Bridie McMenamin Shield final against Magherafelt could be a real catalyst for camogie in Belfast.

Prior to their Intermediate final loss to Loughgiel, Rossa camogie boss Chris McDonnell expressed similar concerns regarding a lack of Belfast-based county players.

While Nugent feels a number of the current St John’s panel are good enough to play for the county, he also believes winning a provincial title could inspire the new generation of talent at the Whiterock Road club.

“It is massive for us,” said Nugent.

“There is a great buzz about the club and, hopefully, they get a good crowd out to support them because they deserve it. They work as hard as any of the senior teams at the club.

“I genuinely believe, if our girls keep training and working hard, there are a few who could play senior camogie.

“It is similar to ourselves and Rossa in hurling, we’re knocking on the door for county titles too.

“We had the same problem not so long ago with Antrim hurling and now we’ve lots of players from the city on the panel.

“I think there are a few who could make that breakthrough. It is about raising awareness of camogie in the city and providing an environment where it is more enjoyable.

“The hurling is now attractable and we have to do the same with camogie and the clubs have to do their bit. This could inspire a generation – from fundamentals, to U10s and U12s.”

With the new inter-county season just around the corner, Nugent says it has been both challenging and rewarding getting involved with management.

Antrim hurlers will begin their 2022 campaign in early January starting with a Walsh Cup clash with Dublin on Sunday, January 9.

Nugent stepped in to take the St John’s camogs alongside club legend Andy McCallin last season with his teammate Jude McCurdy joining the pair as a selector.

As one of a number of dual players at St John’s, Nugent has had a hectic 2021 and the new season promises more of the same.

He paid tribute to his managerial colleagues in helping him juggle his commitments and hopes their efforts will come to fruition on Sunday.

“I couldn’t do it without Andy and Jude, especially playing hurling and football and with the county starting back again,” stated Nugent.

“I would take the training, but Andy takes over the day-to-day management when I’m busy. It works well for us.

“Andy McCallin is brilliant and he has all the experience in the world and it is a good mix between youth and experience on the sideline. Andy has been there and done it as a player too, so I’m learning a lot from him.

“I enjoy it and I get a lot out of it. I like helping people and it give me a boost as well. The team have really bought into it this year.”

Ahoghill will host Sunday’s final between St John’s and Magherafelt with both teams coming off the back of impressive semi-final wins on the road last weekend.

Having accounted for Donegal champions Markievicz in the quarter-final, the West Belfast side were probably expecting more of a challenge from the Tyrone team last weekend.

However, St John’s laid down a marker early on with four points in succession before the lough shore side registered their first point.

A goal from Aishling Hawkins helped her side take a 1-8 to 0-2 lead into half-time and the hosts failed to score in the second half with Maédhbh Laverty’s stunning goal rounding off an assured performance from St John’s.

While Nugent hailed his side’s performance as the best since the new management team took over, he feels the 16-point winning margin casts an unfair reflection on the game.

“The scoreline didn’t really reflect on the game to be honest. The two teams were fairly evenly matched, but we had a bit more firepower up front,” added Nugent.

“Maédhbh Laverty and Aisling Jackson were brilliant. Debbie Boyd was also very good and worked hard and so did Eimhear Costello.

“It was a tough game in tough conditions on a heavy pitch. That was probably the best we’ve played since myself, Andy and Jude took over.

“That’s the best team performance we’ve had in two or three years.”