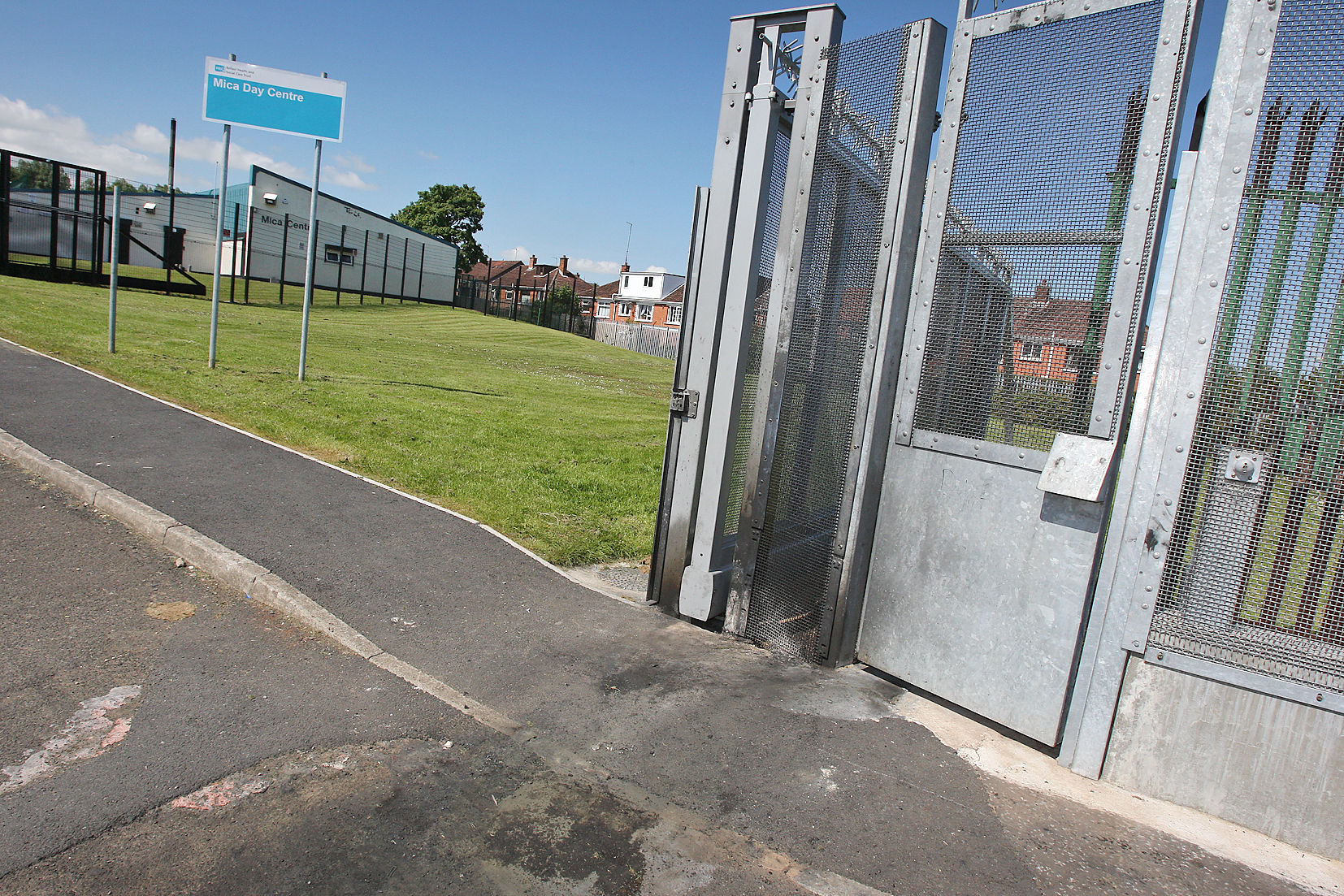 The gates around Mica Drive Day Centre have been recently vandalised. 1106mj15

The parent of a vulnerable young person who attends a West Belfast day centre whose entrance gates were destroyed by fire said the ongoing anti-social behaviour is casting doubt on its future.

Daily Belfast was speaking to a parent of one of the service users of Mica Day Centre. The electronic gates at the Mica Drive Centre were badly damaged after vandals started a fire at some point over the weekend. The parent – who we’re not naming – explained it has caused serious disruption to the centre’s users.

“The gates won’t open so the centre users are pulling up on the bus, getting off the bus and some are getting wheeled up to a small entrance gate off the main gate, some are walking through it on crutches and then going back in their wheelchair to get wheeled up the hill to the centre,” said the parent.

“This is the same centre that suffered because of the bonfire last year and we were assured this would be the last year the bonfire would happen, But they have started collecting wood again. There is a group of about 30 to 40 youths who are gathering there and creating all this damage.

“It makes the people using the centre feel like they are under siege. Parents worry that with so much going on it could close the centre if it keeps happening.”

Local Sinn Féin Councillor for the area, Ciarán Beattie, said vandals involved in he anti-social behaviour are attacking their own community.

"I would appeal to parents to use whatever influence they have on their children to encourage them to stop gathering at the Mica Drive Day Centre site,” he said.

“This centre provides a valuable service to the most vulnerable people in our society and the users and staff of the centre deserve to be treated with respect and dignity.

“Anyone causing damage to this centre needs to think about the impact this is having on the staff, but more importantly the users and their families.”

A spokeswoman for the Belfast Trust said: “While we experienced some disruption getting access to our Mica Drive facility, thanks to the efforts of staff we were able to continue with the usual day care provision as normal, and the service to clients was not affected.”

A PSNI spokesman appealed for anyone with any information about fire at the centre gates to contact them at Woodbourne on 101. Information can also be given anonymously through Crimestoppers on 0800 555 111.