Gerry Adams pays tribute to Bobby Storey: "one of bravest people I ever had honour to know" 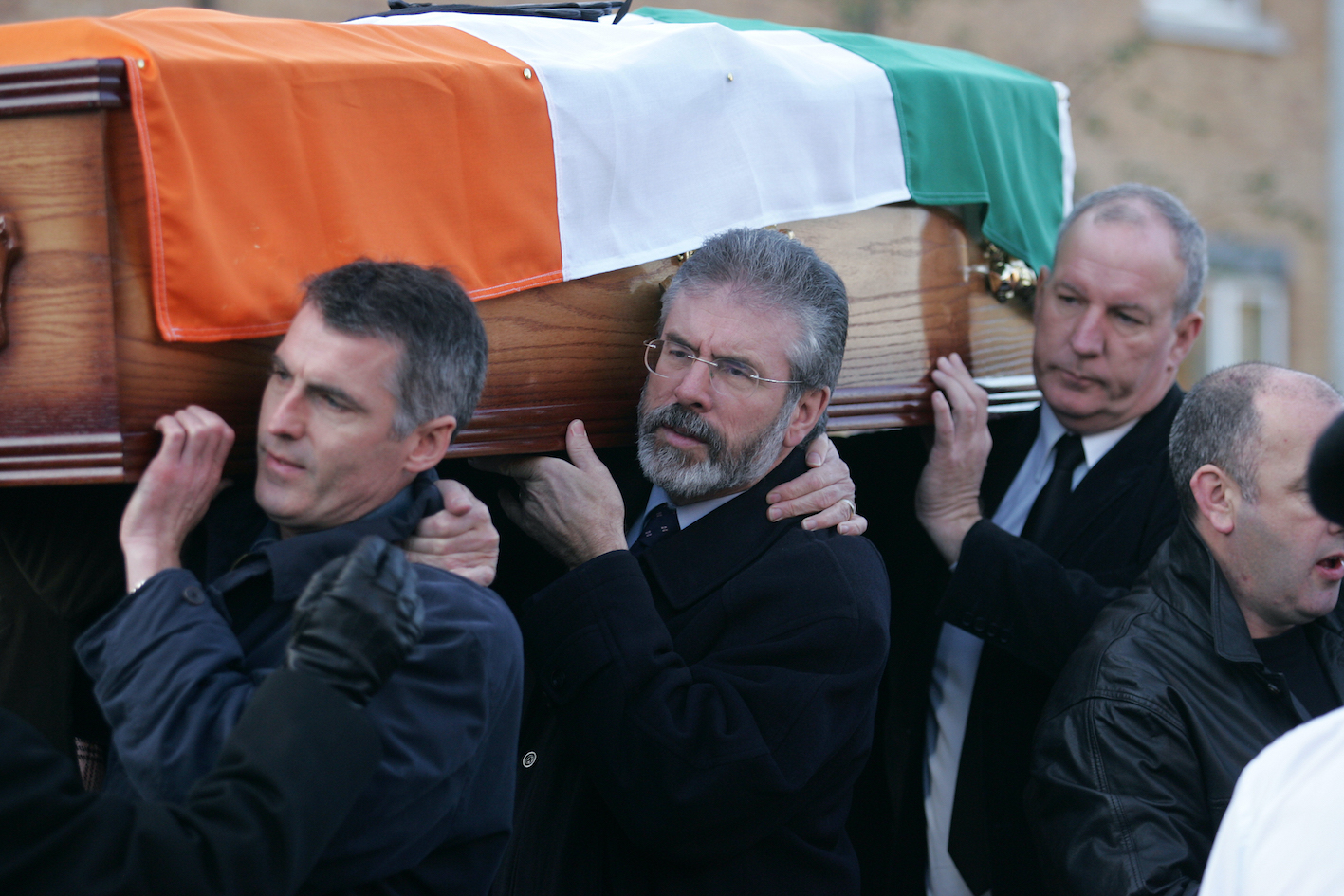 Former Sinn Féin President Gerry Adams has spoken of his “deep sense of personal loss and sadness” at the death of his friend of many years Bobby Storey.

The former West Belfast MP and Louth TD described Bobby Storey (64) as "a stalwart of the struggle for Irish freedom for almost 50 years".

“Big Bobby chose to make a stand against these injustices," he said. "He was interned aged seventeen, one of the youngest internees, and in the decades that followed he spent over 20 years in prison."

"He embraced the opportunity for building the republican struggle and advancing our goal of Irish Unity created by the peace process. At countless republican meetings he spoke in favour of Sinn Féin’s peace strategy. And when, following years of negotiations, the potential emerged for republicans to engage with the new policing dispensation Bobby played a leadership role in persuading others to grasp this new opportunity."

He added: “Bobby was one of the bravest people I have ever had the honour to know. Whether inside or outside of prison, or through the years of harassment and beatings, arrests and torture from the RUC and British Army, Big Bobby demonstrated time and time again his enormous personal commitment and courage. He was also one of the funniest people I know. Big Bobby made light of his stammer. He could hold a group spellbound with his stories of past escapades and derring do. His accounts of life in prison in England were hilarious. He was kind, thoughtful, loyal and very giving."

Adams praised Bobby Storey as a key part of the collective republican leadership over the past two decades.

“Big Bobby’s death is a huge political blow for republicans but is also a very personal loss for all of us who knew him. There were tears shed across Ireland as comrades got news of his death."