LIAM MURPHY: Getting back to normal slowly in Belfast 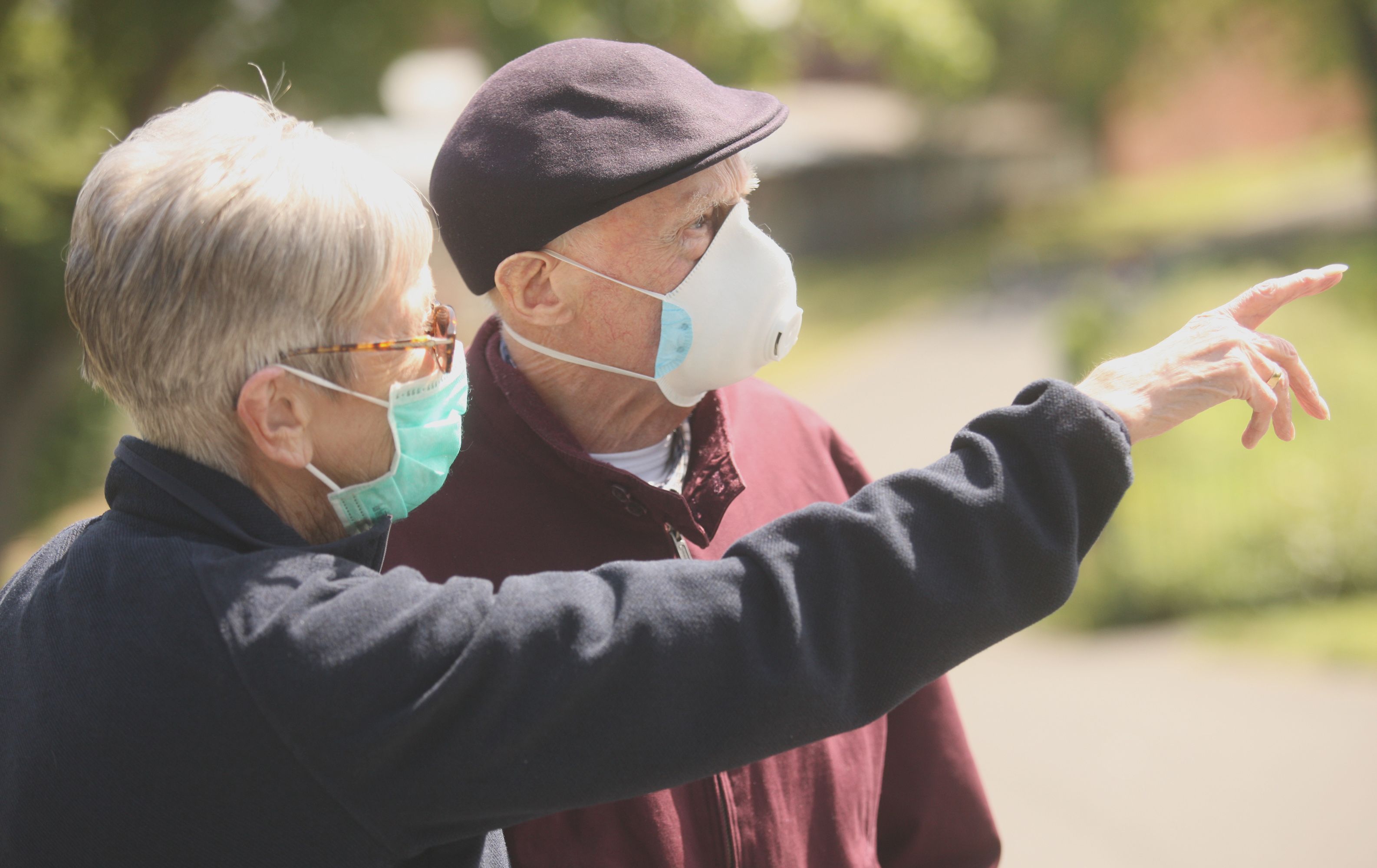 THE WAY AHEAD: It’s great to get out and about but we must keep ourselves protected for the foreseeable future, and the now-familiar saying is more important than ever: no-one’s safe till we’re all safe

WHILE out for a walk on Saturday night I met an old friend, Kevin. He was in great form. He had just emerged from a local hostelry where he had watched the European Champions League final while “keeping an eye on the Armagh v Donegal tussle.” He was now heading to another pub in Greencastle and he invited me to come with him. Kevin is great company and I have in the past enjoyed many a good night’s craic with him, but while I was tempted I told him I’d hold out for a little longer.

Earlier in the week I received a message from Thady, a Clones man now domiciled in Glasgow. He remarked that “beer hadn't passed through his lips since 9th OF October last. I won't have to do Lent for the next five years.” Given the announcement last week that the Glasgow lockdown is set to continue, Thady might well have added another Lent before he stands at the counter of his beloved Tollbooth Bar in the east end of Glasgow. Celtic might even have a new manager by then.

As we move towards ‘normality’ again most of us will look forward to the hustle and bustle of life as we used to know it. Many will relish being able to attend sports fixtures, concerts etc which we took for granted in the past.

Some will look back on the past fifteen months with sorrow, having lost a loved family member and been denied the opportunity to properly  grieve. Others will have been struggling to cope with normal life during the pandemic and will be relishing the opportunity to meet up again with acquaintances and the prospect of better times ahead. It will be a haunting memory for friends and relatives of people who were sick and worried that they might have to be admitted, knowing that there was a very definite risk of catching the Coronovirus  infection while in the ward.

Most believed that this would be almost as normal but then they didn't reckon on one of the coldest, wettest months of May in modern times. ‘Light at the end of the tunnel’ took on a new meaning as customers ran for shelter when storms of hailstones poured down on them. Many people have also stated that they have been surprised how much they have missed their local boozer while more say that they don't feel too comfortable with the prospect of socialising in the way theŷ used to.

Others will look back on the period and reflect on little changes which affected them. There is no doubt that the family bonds grew stronger for some.

Others will have gained a new appreciation for their local surroundings. The numbers of people out walking in the  local parks and the Belfast  Lough foreshore have greatly increased and will most probably continue.

The lockdowns will have brought some permanent changes to our lives. For many, working from home has been a revelation, being every bit as productive as being in a crowded office.

Many office workers now realise that in the future they can work from home at least part of the time. In the long term many will feel that they can live much further from the city centre as they won't have to travel there so regularly in the future. Long distance travel to take part in regional and international meetings will be phased out with on-line alternatives replacing them. Technology has been improved immeasurably and is now used by hamfisted amateurs such as myself. Six months ago I knew nothing about Zoom. Now I use it for podcasts, online lectures etc.

While it lacks the zest and vigour of live gigs, it means we can have access to more and more events. BIlly Gillen has warned us of the threat of Zoom fatigue. I suspect he is already suffering from it. This time last year we believed that it would be all over by Christmas but experience has shown that predictions are often not too well thought out. The news at the end of April that restaurants and pubs were to open for ‘outside catering’ showed for some of us that ‘we are heading in the right direction.’

Most believed that this would be almost as normal but then they didn't reckon on one of the coldest, wettest months of May in modern times. ‘Light at the end of the tunnel’ took on a new meaning as customers ran for shelter when storms of hailstones poured down on them. Many people have also stated that they have been surprised how much they have missed their local boozer while more say that they don't feel too comfortable with the prospect of socialising in the way theŷ used to.

Some years back when the ban on smoking was introduced, there was a certain loss of trade in pubs and restaurants. Many now believe that there will be quite a number of people who will no longer regularly frequent pubs.

The news that vaccinations are now available to 18- to 24-year-olds is very welcome. Let us hope that the uptake is high since, increasingly, those contracting the virus are younger and younger. The increase in the prevalence of the so-called Indian variant is the result of yet another basic mistake by Boris Johnston and his cabinet. It's now known that the cabinet was informed of the existence of the Indian variant on April 1. The public were informed on April 15. India was put on the red list for travel on April 23, by which time over 20,000 visitors had arrived in UK from India. It beggars belief and it leaves me wondering what other information Dominic Cummings will reveal in the near future.

VACCINATIONS GIVE US HOPE

Here, the vaccination programme gives us hope but we have to remember that on our island the rollout in the South is at least six weeks behind the North and how often have we been told that no-one is safe until we are all safe? And that's on a whole-world basis.
Until the vaccine programme is complete North and South we are in danger of yet another surge on  our island.

So, for me, the pub is still a no-go, (sorry about that Kevin), the mask is an absolute necessity and I wish that the Southern Health Minister, Stephen Donnelly would meet with our Wee Robin to discuss closer co-operation. What's he afraid of? When Sammy Wilson accused Wee Robin of being like a poodle he retorted that he felt more like a Jack Russell. His bark might be worse than his bite – and Mr Donnelly could keep safe on Zoom!