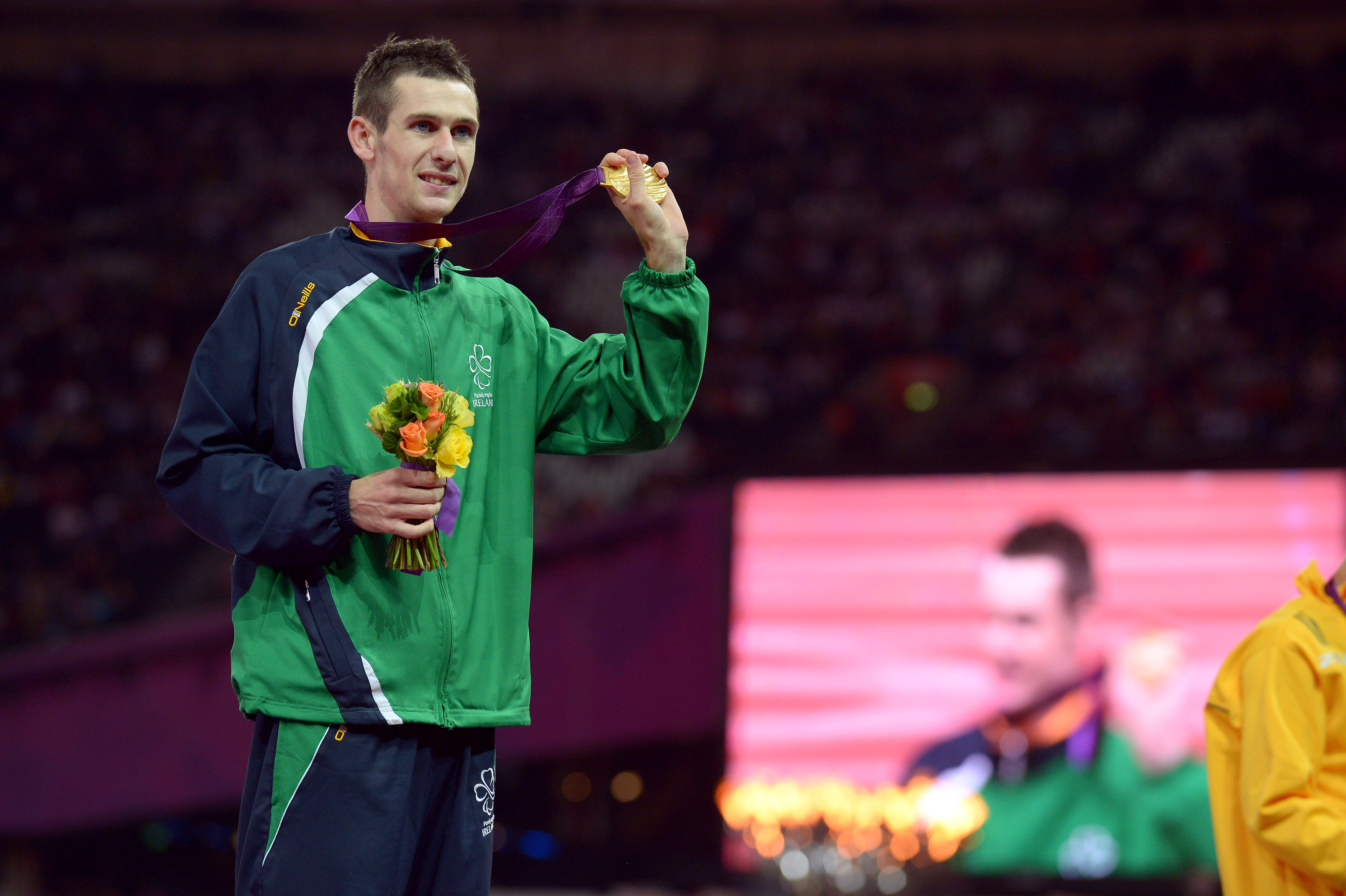 ASIDE from the O’Donovan brothers and Annalise Murphy, Rio 2016 wasn’t a particularly memorable Olympic Games for Irish athletes. Indeed, the various controversies dominated the headlines more than the actual events.

First there was Michael O’Reilly’s failed drugs test on the eve of the Games, which resulted in the Portlaoise boxer being sent home in disgrace. Then came the high-profile defeat of Michael Conlan by Russia’s Vladimir Nikitin in the bronze medal bout. Conlan’s subsequent outburst became one of the Games’ most enduring images.

That was until IOC committee member, Pat Hickey was arrested in a Rio hotel on charges of alleged ticket touting. The fallout from Team Ireland’s miserable Olympics has yet to be fully realised but the focus swiftly moves to the Paralympic Games in the Brazilian megacity.

While many of Ireland’s leading medal hopes in Rio returned empty-handed, Michael McKillop is hoping he can carry the burden of expectation on his shoulders. A triple gold medalist following his previous wins in the 800 metres in Beijing and in the 800 and 1500 metres in London, McKillop again has his eyes on gold in Rio.

“I am in a unique situation. I am one of a dozen athletes that are trying to retain their titles for the third games in a row. “People expect me to win here in Rio, so I don't like letting people down. I enjoy meeting people’s expectations, so I'm focused on retaining my title at this stage.

“The last few weeks have gone to plan. I was able to get a last few key sessions in and leave home with the confidence I need to go into a major championships with.” As an avid sports fan, McKillop tuned in to watch the Rio Olympics and was inspired by the number of world records which tumbled at the Games.

The disappointing medal haul by Team Ireland failed to dampen his enthusiasm for the Paralympics, which gets underway this weekend.

“I am a massive sports fan, so I tried to watch as much as possible,” said McKillop. “The athletics at the games were incredible. A few World Records were broken and that is always cool to watch. “I think the (Irish) performances didn't live up to the general people’s exceptions, which for an athlete is very hard to take.

“It puts the Irish Paralympic team in a great position to show that we can compete against the best in the world and bring back some medals.” With just days to go to the start of the 2016 Paralympic Games, the last of the Irish team departed for Brazil earlier this week. McKillop has already settled in to the Athletes’ Village and is hoping to use his down time to explore the city of Rio - but only after his race on Sunday.

“I have lots of down time. At this stage all the important training is done and it is about just ticking over and make sure the body is feeling ok,” said the North Belfast Harrier. “I visited the stadium yesterday (Sunday). That’s the first time I’ve left the village.

“I am focused on one thing currently and that’s my race. “I will consider visiting the sights after my race and hopefully with a big smile on my face.

“The nerves haven’t really set in yet – they won’t really take their toll until the day before I compete.

“Village life is something that I am used to at this stage as it is my third Games. I realise that it is a very boring place where you can’t really do much, but I am ok with that. I’m just excited at this stage to get out and compete.”

As one of the most high-profile Irish Paralympians and as someone who is competing at his third Games, McKillop says he is also on hand to offer words of advice to his teammates. “I have had the chance to chat with a few youngsters on the team who are attending their first Games, but at this stage it’s not really started to sink in I don't think,” added McKillop.

“I'm always on hand to give advice, but currently they are taking it all in their stride and soaking up the atmosphere.” While the Glengormley runner may be one of the main medal hopes of the Irish team in Rio, McKillop has spoken previously about how Paralympians struggle for recognition in comparison to Olympians like Paddy Barnes and Michael Conlan.

Earlier in the year, McKillop was part of the More than Sport campaign launched by Paralympics Ireland, aimed at promoting Irish athletes ahead of the Rio games. The last few weeks have also seen a huge surge on ticket sales on the back of a social media campaign to fill the various venues at the Paralympics and McKillop hopes he can do his bit to highlight Paralympic sport.

“At this stage I am not focused on the outside world and if I am popular between the public,” said McKillop. “I hope this is my chance to change that and I will do that by performing to my best ability and hopefully that will bring success for the Emerald Isle. “

The ticket sales have increased to 1.5 million, so to see this before the opening ceremony is great for Paralympic sport in general.”

While the surge in ticket sales is good for the games, the only thing that matters for McKillop is winning gold this Sunday. Already successful at Beijing and London, few would bet against the Belfast man returning home with a gold medal around his neck.