Guaranteed to pull in the crowds 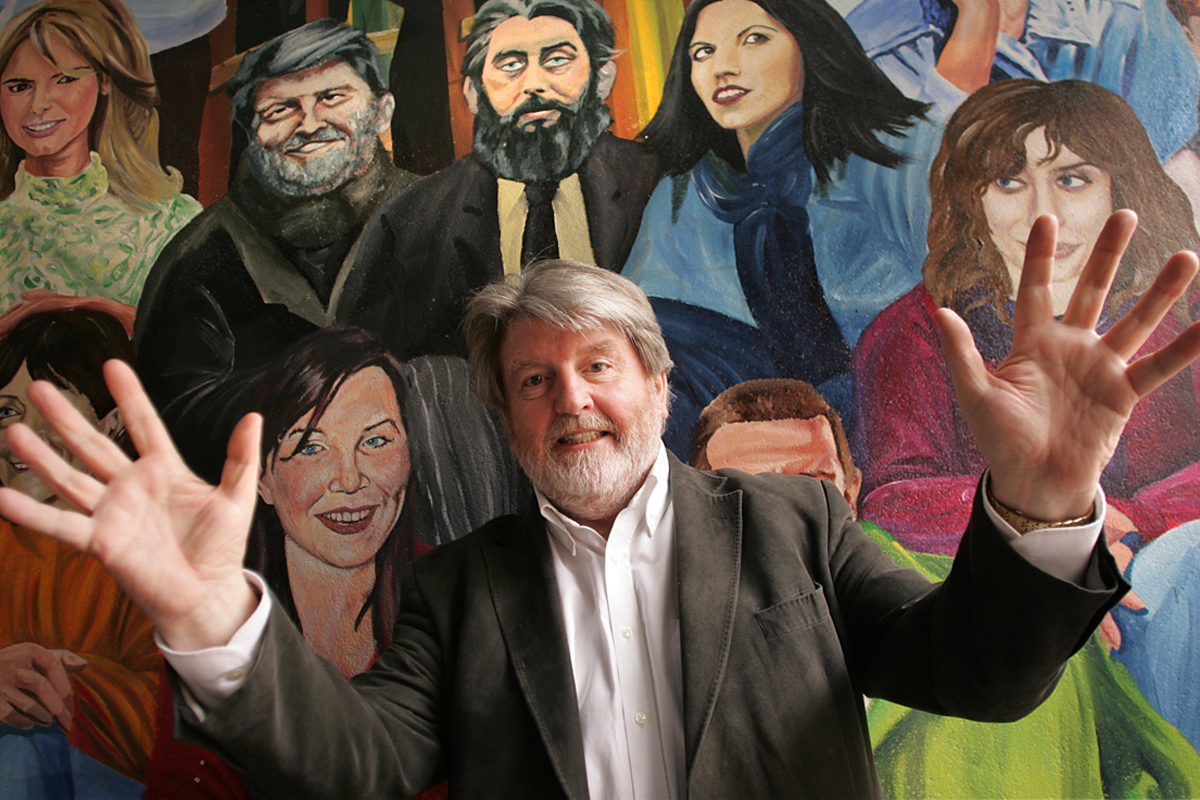 YOU can’t open a newspaper or turn on the television without some dramatic serialisation or event heralding the Titanic’s centenary year.

The ship that was built and set sail on its maiden voyage from Belfast has a whole city centre quarter named in its honour and 80,000 visitors are expected to flock to a new state-of-the-art attraction centre when it opens its doors in April.

However celebrated playwright Martin Lynch insists that he and his creative team are “not jumping on the Titanic bandwagon” when his latest work, The Titanic Boys debuts at the Grand Opera House in August.

“Every other Titanic story that is being put out there deals with the enquiry or the reasons for its sinking – but ours is the only Belfast story. I know that with this being the centenary year that people will think that we are trying to put something out there that will tie in, I know it looks like that to an outsider but I can tell you that this isn’t the case.

“Around nine years ago Belfast City Council asked myself and musician Francis McPeake to write a story about the Titanic – I said ‘go and jump’. It had already been done, there was the multi-million pound film that came out and people just flocked to see that, I said I wasn’t going near it.”

However Martin explained that after doing his own research into the background of the doomed liner he discovered he wanted to write about “the Belfast connection.”

“I really wanted to seek that out and set about trawling through books which, don’t get me wrong, were packed with information but not the Belfast side of things I was after. I was on the internet one night when ‘bang’ it hit me - most people my age know a reasonable amount about the Titanic but I had never heard of the ‘guarantee boys’ before.

“Basically these were young pups, young apprentices who were skilled at labouring, from all over Belfast who were told they were going to sail on the Titanic, to trouble shoot, help the engineers do their job and go to the greatest city in the world – New York.

“These ‘guarantee’ or Titanic Boys are tied to the history of the Titanic but their story has never been told before. That was where I wanted to go and take their story and tell their history,” he said.

One particular story stood out for the writer of  Dockers and The History of the Troubles Accordin’ To My Da when he was researching the play and he came cross the story of an Irish piper, Eugene Patrick Daly from Athlone, who was emigrating to Australia.

“His music was played in the bowels of the ship ands we wanted to integrate that importance of Irish traditional music throughout the production. This man’s story was so interesting as he actually survived the sinking. His mother insisted that he take his father’s overcoat, as “New York is cold son.” It kept him going, and more importantly warm as he sat in one of the lifeboats after being rescued from the water.

“You can’t tell the story of the Titanic without the sinking, we believe that the Belfast guarantee boys were down in the ship until the very end, doing their job and trying to help with all the other crew.”

Along with fellow playwright Marie Jones, Martin has been ensconced at the Grand Opera House for several years, a position “that just kind’ve happened by accident.”

“Myself and Marie have written together and apart and thank God we haven’t had a turkey yet,” he laughed.

“GBL Productions are bringing Chronicles of the Long Kesh back in April and the interest around the play has just been fantastic. It’s a production that resonates with so many people and we are looking forward to bringing two real Belfast stories to the heart of our city’s theatre hub.”

The Titanic Boys will be performed at the Grand Opera House from August 8 until August 25. For more information visit www.goh.co.uk.