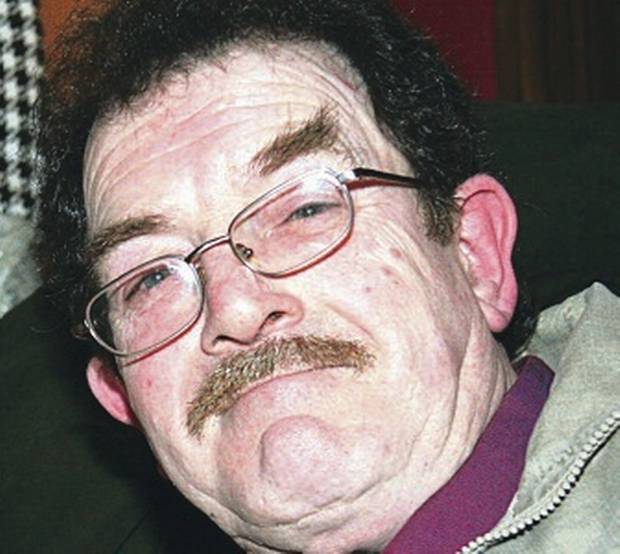 THE daughter of murdered West Belfast greengrocer Harry Holland has spoken of the family’s anguish on learning that the man who savagely murdered their dad is soon to be allowed home visits.

In 2009, 18-year-old Stephen McKee from Ballymurphy Road was given 12 years for murder after he stabbed Harry in the head with a screwdriver two years earlier. Patrick Crossan from Willowbank Gardens was sentenced to four years for attempted affray and having an offensive weapon, while a 17-year-old girl was given a probation order for two years after admitting charges of affray and common assault.

McKee, who pleaded guilty to a range of other offences including affray, possession of a screwdriver and making threats to kill, was told by the judge that he would receive no remission on the 12-year term, which was the minimum that he would serve. He added that after that time it would be up to the parole commissioners to decide “if and when” he is released.

McKee has served nine years in prison, including the two years he spent behind bars on remand, and now the family have  been told by  the Probation Service that the killer’s three-year pre-tariff process involving increasing periods of freedom is now under way.

A relative of Harry’s told us yesterday: “Harry’s girls have been traumatised all over again.”

Harry, 65, was killed on September 12, 2007 outside his Norfolk Drive home as he returned home from a night out to find a gang attempting to break into his van. There was outrage in the community at the brutal slaying and vigils were held in support of the family and against criminal elements in the area.

Harry’s daughter Sarah, who now lives in the capital and is a Sinn Féin Councillor for South Dublin County Council, said the family met with the Victims Unit of the Probation Service last week at the family home in Belfast.

The family are in shock at the news that McKee will soon start to have supervised, then unaccompanied, visits back into the community. Providing he gives the Probation Board no reason to the contrary, after gradually increasing periods of freedom he will be released in 2019 at the age of 28.

Nine years on, Sarah says the family are still trying to come to terms with the fact that others involved in the their father’s death got lesser sentences or walked free from court.

“Life goes on as normal for these people,” she said. “For us, nothing will ever be the same again.”

Sarah spoke honestly and movingly of events on the night her father was murdered.

“On the evening of Tuesday 11th of September 2007, my dad and his brother Martin were yarning in the greengrocer shop on the Glen Road. They prepared for the next day’s work, smoked a few cigarettes, chatted, played Leonard Cohen CDs too loud, closed up the shop. They came home and got their tea, then headed to the Tuesday night pub quiz in the Felons, a five-minute stroll away.

“On the way home, Martin said my dad sang Jeff Buckley’s Hallelujah and Martin walked on up the Glen Road, whilst my dad turned down towards our house in Norfolk. Martin was the last one to see him alive and happy, as he always was – singing, laughing and full of craic.”

As he approached his home Harry noticed a number of young people acting suspiciously in the area and approached them. It was then that he was set upon in an act of shocking savagery that would end his life.

“That night my mother rang me,” continued Sarah. “I lived in Dublin with my partner and our one-year-old baby. My mother was incoherent, crying and sobbing down the phone. I panicked, begging her to tell me what had happened. She told me my dad had been stabbed and that he wouldn't make it. I dressed myself and the baby as calmly as I could, trying to stop the ball of panic and nausea in my stomach from turning into a scream.

“I made it to the Royal Victoria Hospital and was met by my family. My mother was white-faced, ashen, couldn’t speak. No-one could bring themselves to tell me it was a head injury. I went into the intensive care unit and saw my aunt Mary, shocked. There was a pool of blood and brain fluid on the floor and my strong daidí was hooked up to tubes and ventilators with a patch over his eye where it had been removed during surgery. He was fitting and shaking, and I knew he could never come back.

“I felt in that moment as though I had stepped into an alternate reality. I could never have imagined such brutality, even through all the years of the Troubles and the terrible things that happened, nothing could have prepared me for this. My dad was a gentle giant, a rock, our anchor. In the days, weeks and months that followed, my mother found herself crying every time a key went into the front door and she realised afresh that it would never be him again.”

Sarah says that the Holland family have found themselves reliving that night all over again after the news that McKee will soon be enjoying periods of freedom.

“We have missed my dad every day since his death,” she added, “and there have been so many situations where I needed his advice and couldn't get it.”