Health Committee Review: Falling back on defences which are almost 900 years old 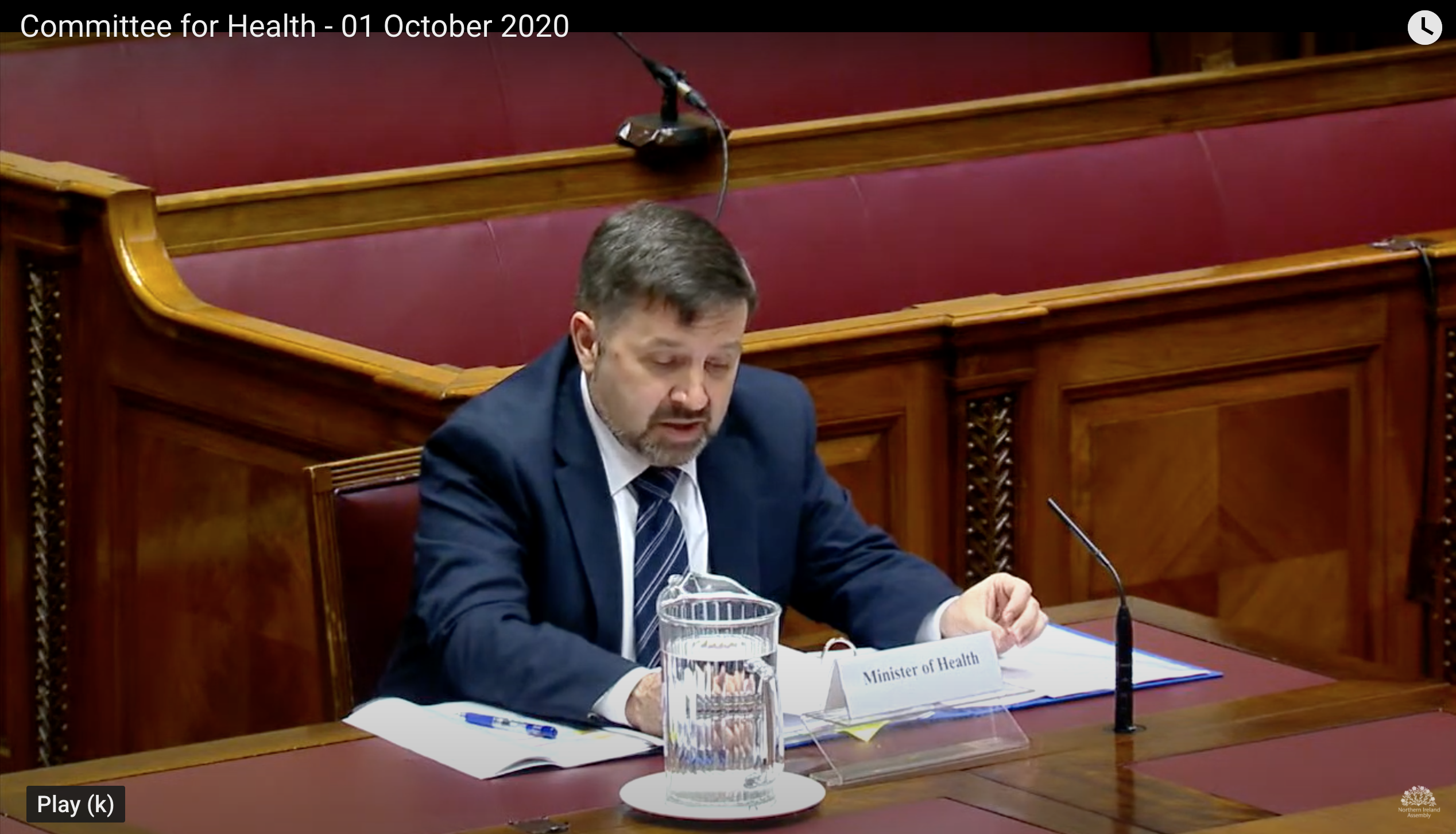 With Trump down (but popping up periodically) with Covid and in hospital and Derry due to lock down, the Health Minister and Chief Medical Officer (‘plan and prepare’) attended the Health Committee at Stormont last Thursday to brief and  advise against a background of some non-compliers.

He takes his advice from non-epidemiologists in this human pandemic where there is some epidemiological data amid what is hoped to be common sense.

We know a lot from China, South Korea, Thailand, Singapore and other European countries. Italy now has the lowest rate and quickest test.  We can no longer hide behind it being novel. We know more about treatment and who it affects.

The backdrop to the meeting was the high rate in Derry at 236 cases per 100,000 of the population and the peak of 424 cases now with 71 patients in hospital and 21 in intensive care.

The Minister stated the need to rebuild services along the HSC framework and the need to stockpile personal protective equipment (PPE). He stated that contact tracing was now texting but Prof McKee has called for more ‘shoe leather’ tracing by knocking on doors. Many second and third calls were not being answered.

The @healthdpt Minister, Robin Swann MLA, is about to start answering questions in the Chamber. Watch live on:

Pam Cameron (DUP) asked about schools testing and the effect of the virus on the body. Chief Medical Officer McBride reiterated that only those who have symptoms need testing and he gave a graphic description of the affect on a patient and what they might expect in intensive care.

The virus goes mainly for the vulnerable older with blood pressure associated with ethnic minorities, diabetes, vitamin D and zinc deficiencies and all of these associated with lower social class and poor incomes.

That, of course, covers many essential workers.

The virus is thought to enter via blood pressure receptors in the nose and tear ducts and spreads to the lungs, causing clotting in small blood vessels that carry our oxygen. From then it goes on to other organs via the blood, causing death from lung or other organ failure. It may be a coincidence that this virus, which possibly jumped from other animals (eg bats and/or anteaters) has prospered where blood pressure is high. Perhaps earlier strains ‘learned’ this through their survival in these circumstances.

Those at risk can try to eat sensibly, lose weight and take exercise — though this is not at all easy for those suffering poverty or earning low incomes — as this helps control blood pressure and diabetes. Mental health can be affected and we should try to control our upsetting thoughts by paying attention to something which is real like our breathing or pulse beating — this diversion being ‘Mindfulness’ or meditation.

We have not prioritised those at risk and we can only hope that this will change when it comes to vaccination in the spring.

Gerry Carroll (PBP) asked about the neurology scandal but was limited by time. Dr McBride said that he had met relevant charities on 18 August.

Alex Easton (DUP) asked who was enforcing regulations and Pat Sheehan (SF) brought up the deprived of Ballymun versus the experience of the better-off in Killiney.

The Committee also discussed the refurbishment of the Ramada Hotel for nurses at a cost of £250,000.

We are used to sophisticated medicine but this is, for the moment, back to the basics of the plague of 1145 AD. Good hygiene, isolation and quarantine are our greatest defence. But today we also have the early prospects of vaccines. We will all look back at what we did in the great pandemic of 2020-21 — and will be able to make a decision on whether our politicians took the right decisions.