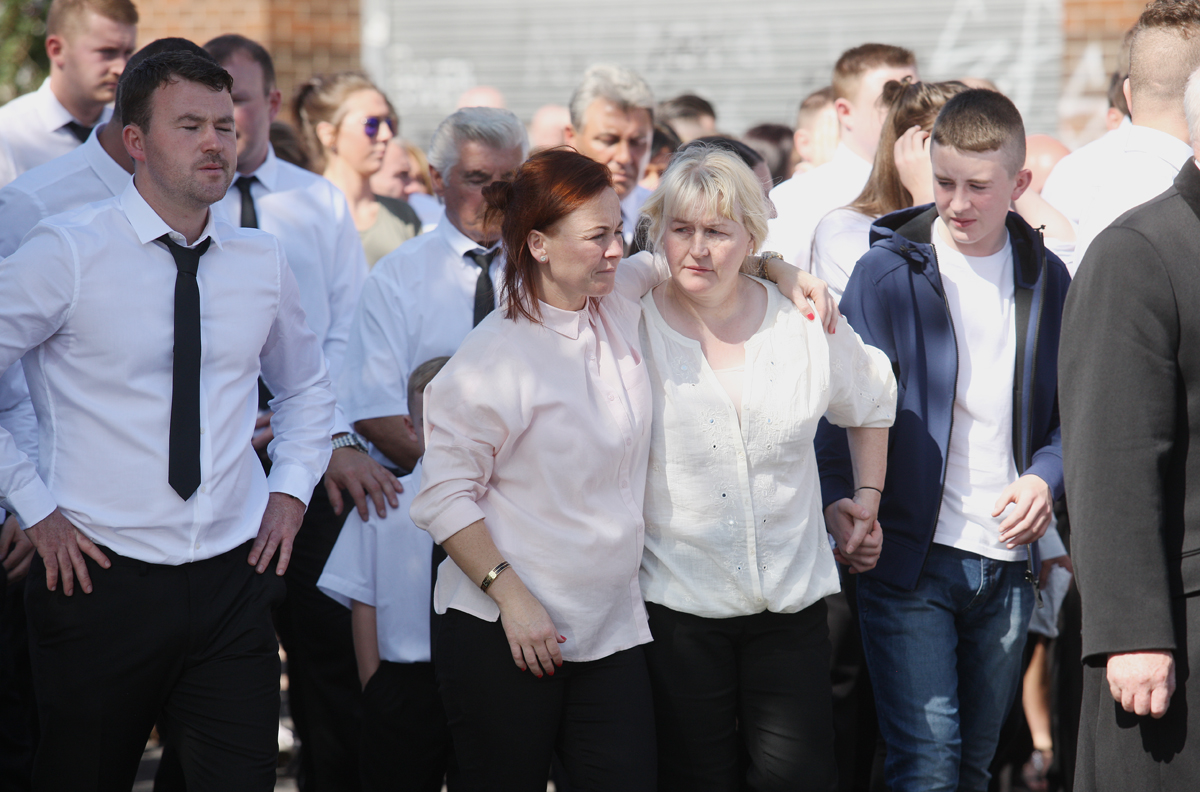 Hundreds gathered in the narrow streets of the Short Strand yesterday for the funeral of Kevin McGuigan.

The father-of-nine, a former IRA man, was gunned down last Wednesday night outside his home and in front of his wife Dolores.

The grieving widow led the mourners from their Comber Court home to the nearby St Matthew’s Church for requiem Mass.

As the sun beat down, Kevin’s large family took turns to carry the tricolor-draped coffin while friends and neighbours followed. A heavy police presence, including a hovering helicopter, was in place at all entrances to the district while armed police were positioned in the City Cemetery, where the burial took place, hours before the cortege arrived.

At St Matthew’s, celebrant Fr John Nevin told mourners that he visited the McGuigan family home where he met with the grieving widow.

“Yesterday when I visited Kevin’s house,” he said, “I found Dolores sitting beside the coffin. She turned and asked me why, why did this happen? I have no answers to these tragedies that wreck families.

“The only thing we can take from this is that violence and war and revenge do not solve problems but create more – the circle goes on.”

Fr Nevin told the packed church how a truck was needed to move the many flowers from the McGuigan home.

“That says something about Kevin and his family,” he said. “There is a lot of love, gratitude and appreciation for the good Kevin did in his life.

“Mistakes are highlighted by the media but the good people do is often buried with their bones.

“I hope Dolores and the family find comfort and strength in keeping memories of Kevin’s goodness and care and all the good he did and tried to do. For this, the Lord will reward him.”

Meanwhile, police investigating the murder have made four arrests this week and recovered two firearms recovered in searches carried out in greater Belfast. The firearms have been sent for forensic testing.