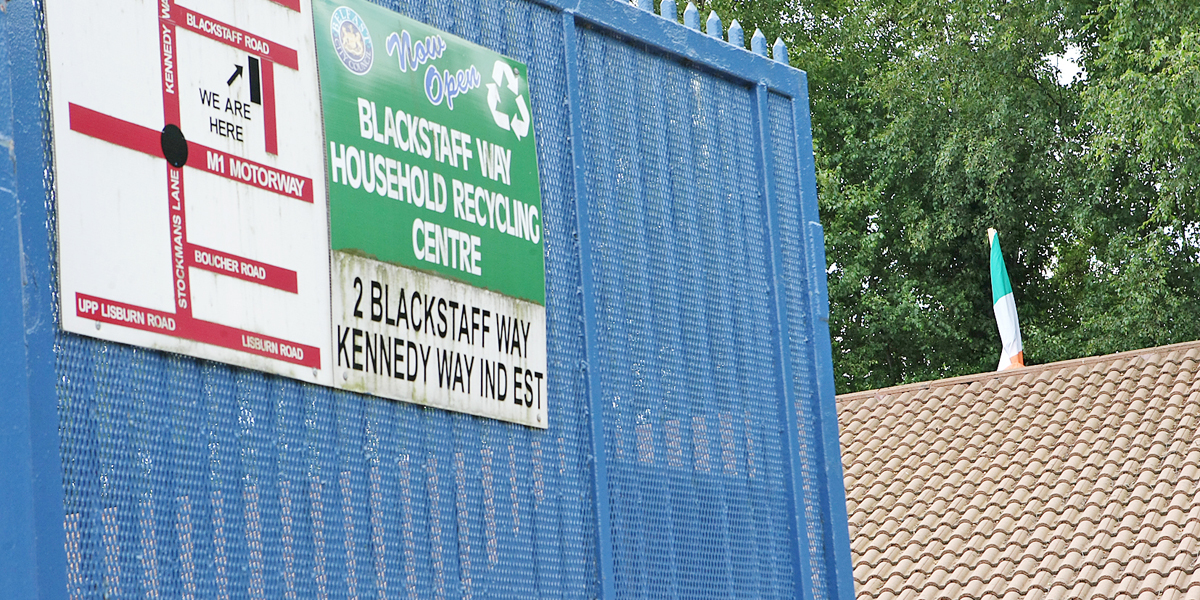 CATHOLIC Council workers in West Belfast have accused the Council of showing “a total disregard for us” after a tricolour that had been erected was once again been taken down at the Kennedy Way cleansing depot.

We reported last month how a tricolour has been put up at the depot as a direct challenge to the Council’s lack of action after union flags were hoisted over two Council yards in South Belfast and on the Shankill. Staff were ordered to take the tricolour down by Council officials with immediate effect towards the end of June. It had since been put back up again (see pic).

Angry Council workers told the Andersonstown News that for every tricolour that comes down “another will go up in its place until the Council sort out their stance once and for all”.

They added: “There has to be equality across the board here.  The Council is displaying a total disregard for their Catholic workers. The tricolour was taken down in the early hours of Friday morning, it was definitely removed from inside the depot as the poles it was on had been thrown into the skip in the yard.

“We believe that a security firm removed the tricolour and that this was facilated by the Council.  They’re playing the hokey-cokey with flags in Catholic areas yet the union flags flying at Agnes Street and Charlotte Street haven’t been touched in the whole time this has been going on and you are talking over two months,” the worker added.

“When we asked why the flag had been taken down or who could’ve done it we were met with blank stares and a shrug of the shoulders. No questions have been answered and no suitable answers have been given.

“We are disgusted that this is happening – what are our local councillors doing about it? They have all been very quiet on the matter. No-one has come near us and we feel very much out on our own.”

A spokesperson for Belfast City Council said: “The ongoing situation with flags being erected at a number of Council depots is a sensitive issue. We are assessing each situation individually and working with local representatives to try resolve the particular issues, while at the same time endeavouring to ensure the safety of our staff, which must always be our priority.”