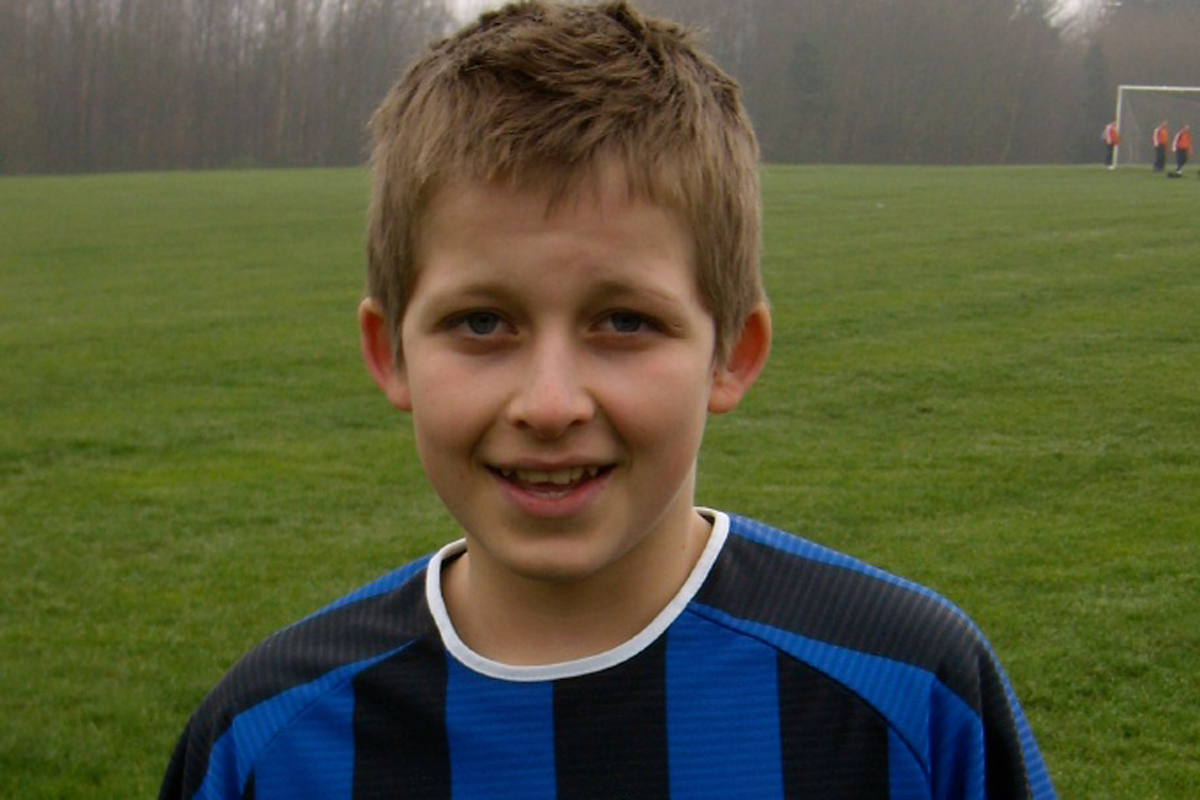 Saturday morning at Black’s Road saw this outstanding young Aquinas team extend their superb winning streak into double figures as they eased past a spirited Ballynahinch side.

With no fewer than ten players on the scoresheet in the team’s biggest ever victory, and Matt Hughes reaching a magnificent career tally of 200 goals for the club, it was a day for breaking records and reaching landmarks for the Blue ’n‘ Blacks.

The first goal, in only the second minute, was a stunning volley by Ciaran Mohan, and was ultimately to prove to be the pick of a very big bunch.

Hughes then slotted his first after a lovely ball from midfield maestro Philip O’Sullivan before Dan Rainey raced on to a slide rule Niall McCourt pass to coolly finish for the third, all in a blistering opening ten minutes for Aquinas.

A brief respite followed for Ballynahinch as some stout defending and excellent goalkeeping kept the scoring at bay for a good 20 minutes but things clicked again in a four-goal purple patch for Aquinas in the run up to the half time break.

A lovely left foot strike from Tom Maguire reopened the floodgates as Conor Toner helped himself to a couple of quickfire poacher’s goals either side of a rasping drive into the bottom corner by Paddy O’Boyle.

Hughes’s momentous moment arrived just three minutes into the second half when he calmly reached his double century in typically lethal fashion from eight yards.

In doing so he became only the second player to achieve this magnificent milestone, following in the illustrious footsteps of the legendary Ben Leonard who continues to bang them in for the club’s senior team.

Right back Peter Morgan then opened his account for the season before a pair of delightful Maguire lobs saw him complete his second hat-trick in as many matches.

Throughout the game, man of the match Hugh O’Connor’s touch and finesse stood out for Aquinas and he deservedly got in on the scoring act on 65 minutes after one of his trademark marauding gallops into opposition territory.

Rainey flicked his second in from a corner and O’Connor added another before Ballynahinch grabbed a consolation on the break late on.

Thomas Cafolla and Joe Cunnane rounded off the scoring for Aquinas in injury time as they fittingly finished with a flourish on this record breaking day.