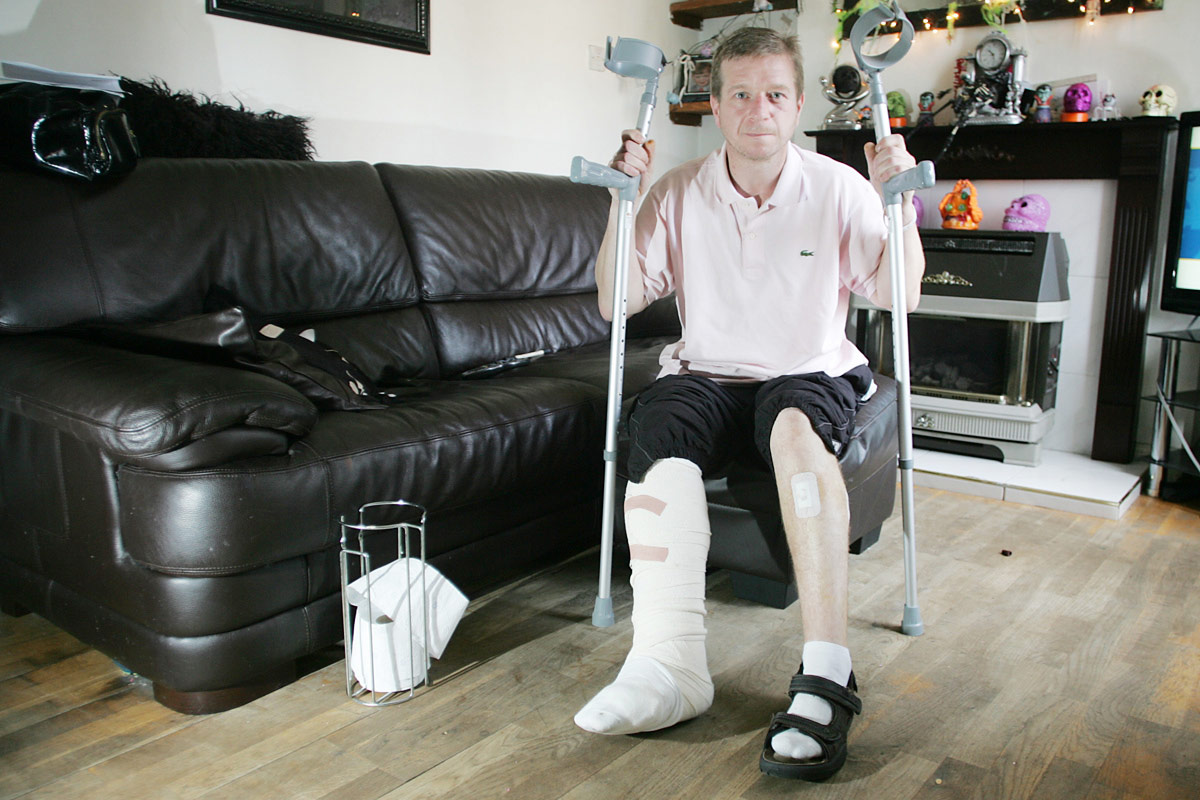 An Ardoyne man shot in both legs by a republican splinter group at the weekend has denied the group’s claims he is involved in cultivating cannabis and has called on them to provide proof of their accusations.

Paul Donnelly was snatched from his Havana Court home on Sunday night in front of his partner and two children and bundled into a car. He was then masked and taken to a house where he was asked to answer claims he grows cannabis plants in houses throughout the district.

After denying the allegations he was shot twice in the right leg and once in the left leg before being left in Jamaica Road. He was taken to hospital and was treated for his injuries before being released on Wednesday.

On Wednesday a group calling itself Republican Action Against Drugs contacted the Belfast Media Group claiming responsibility for the shooting, accusing Paul Donnelly of growing cannabis plants in houses across North Belfast.

“This is a warning to all drugs dealers, cease all drug activity now or face the consequences. This is your last warning,” added the caller.

Paul Donnelly, who is known as ‘Budgie’, said he is not involved in cultivating cannabis plants.

“I deny it totally, I don’t grow drugs anywhere,” he said. “If they think that I am then where is their proof? I want them to show me evidence that I am growing cannabis, I think someone has just given my name over to this group to maybe save their own skin because I have nothing to do with that.

“You only have to look at the way we live, would I be living here just living normally if I was some

big drugs grower? I’d be having a lavish lifestyle somewhere.”

The 41-year-old said he is now planning on leaving the area.

“I was born and reared in Ardoyne and now they are going to make me leave the district. I don’t want to stay here after that,” he said.

The shooting of Paul Donnelly comes after a series of threats made against local men in the past few weeks. The men have sought the help of clergy.

Holy Cross Parish Priest Fr Gary Donegan said in the past two weeks he has been made aware of the cases of four different men who have been told to meet a group in a certain place in Ardoyne, but who were desperately worried for their safety if they attended these meetings.

“Over the past ten to 14 days four different people contacted me who were worried that they were to be abducted or a family member was to be abducted because they have been accused of anti-social behaviour,” he said.

“They are taking the sanctity of the church and asking for help or assistance. People have been asked to go to a certain venue to account for their behaviour.”

A PSNI spokesman asked for anyone with information on the shooting of Paul Donnelly to contact them at Tennent Street on 0845 600 8000. Or, if someone would prefer to provide information without giving their details they can contact the independent charity Crimestoppers and speak to them anonymously on 0800 555 111.