I spy with my private eye 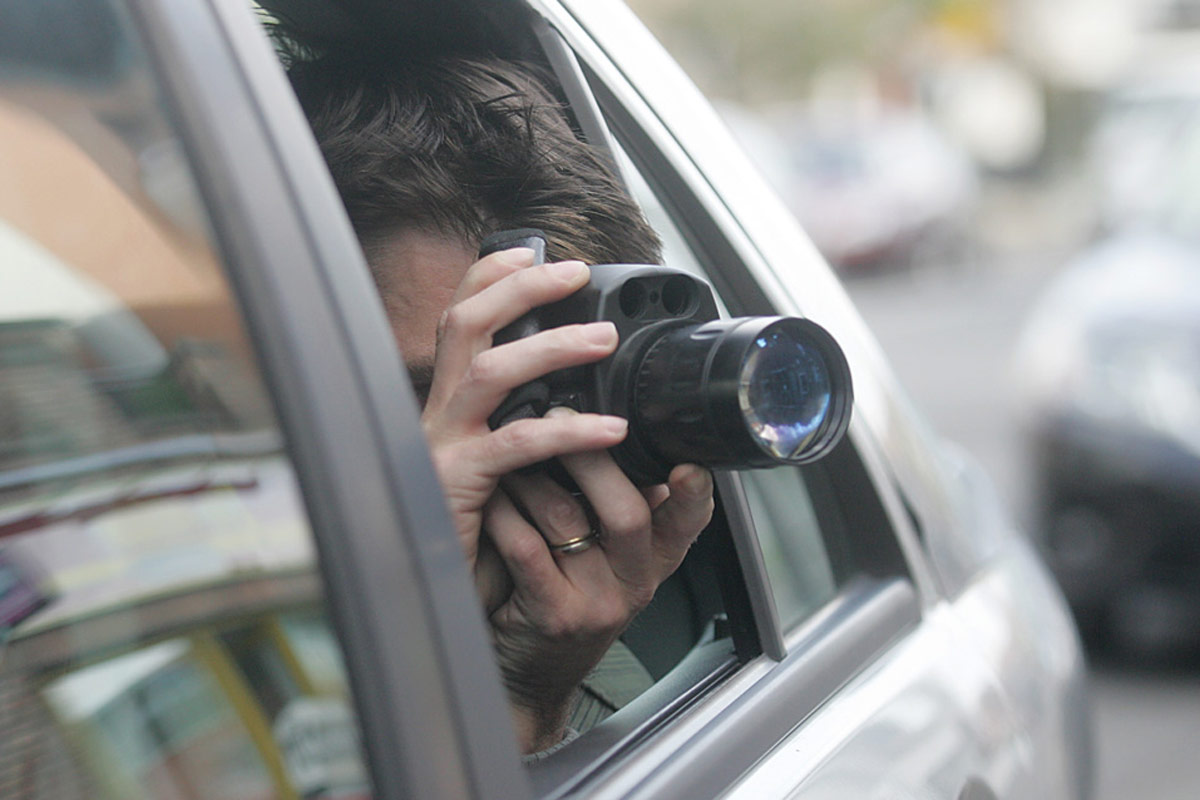 When you think of private investigators, your mind can’t help but be drawn to the stereotypical film noir – Humphrey Bogart or the like being tied up in a complex plot with a femme fatale in a tale filled with smoky rooms and gunshots.

However, the reality is somewhat different. For true-life private eyes, the job can swing wildly to cover cases that include anything from marital infidelities to insurance fraud.

One South Belfast private investigation firm lives that reality every day. Pi on the Lisburn Road is a local and international detective agency that covers all of the above.

Asking to use only his first name due to the secretive nature of his job, owner Shane told the South Belfast News that the clichéd detective stories are just that and he ended up in his job by a conventional route.

“Sadly those films are not close to the truth at all,” he said.

“I did a masters in criminology and almost got into it by accident. There was another detective agency here and a friend got me an interview for them.

“I worked for them for a while and in 1999 I decided to really go for it and buy the licence out. I took over then and have been here ever since.”

Shane said one of the best parts of the job was its diverse nature.

“Everything changes day to day and you never know where you’re going to end up depending on what comes in. That’s one of most interesting parts of the job. You can go to the office and literally anything could happen. But at the same time, it can be boring at times as well. You can have a lot of periods when you’re sitting about waiting for something to happen.

“Being out in the field waiting on stuff can be a downside but that’s what you need to do in order to get to the exciting part.”

Shane estimates the biggest ration, around 20 per cent, of his cases involved partners checking on suspected infidelities by their other halves.

“It’s always there and the client is usually right in their assumptions. They’re fairly confident that they’re correct in their beliefs, they wouldn’t be paying us the money to investigate if they weren’t. It’s usually a case of hiring us to get the evidence.

“But our clients cover a whole spectrum really. There is everyone from housewives to business people. We also do a good bit of work for solicitors and finance companies, anything from family law to corporate stuff.”

Shane says the biggest change he has seen in his time as a private investigator has been the speed of change in technology used for the job.

..the biggest ration of his cases involves partners checking on suspected infidelities.

“It’s always there and the client is usually right in their assumptions.”

“I run a shop in parallel with the business called Spy Shop that sells different pieces and in the last few years, particularly over the past 12 months, the equipment has gotten so much better.

“It makes my job a lot easier but at the same time, to a certain extent, they can replace private investigators. It’s not really a nice thing to ponder but it’s a fact because the technology is out there and it’s easy to use.

“Some of my favourite pieces are the cameras. They used to be big bulky cases but now you can get them in badges and pens. Tracking devices that you attach to vehicles are also becoming more popular, while software you can use on computers that allow you to read deleted text messages have exploded in popularity. All sorts of things are out there now.”

Shane says he believes much change is needed in the private investigation industry if it is to survive and grow in the future.

“At the minute there is no regulation, which is not a good thing and can even be a risk for clients. It means anybody can set a business up, no matter what their background or criminal record is.

“There needs to be regulation, which has been talked about a lot but never happened. If we can get everyone registered then people will know they are going to someone who knows the job and is reputable.”