In Belfast, tomorrow is at the gate 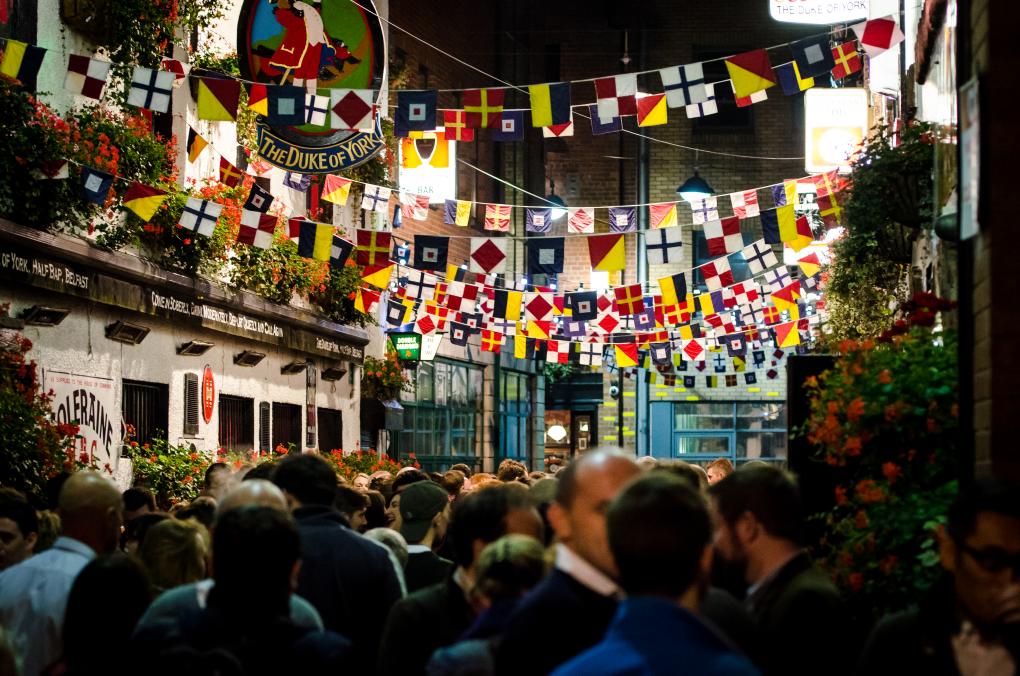 Culture Night proved another huge success in the city centre

HAVING emerged in one piece from a series of joyous civic celebrations in Belfast, I come away heartened by the vivacity and unquenchable spirit of our young people.

More than anything else, the themes of youth, of a bright future beckoning, of the rupturing of old restrictions, resonate in Belfast.

At Culture Night, an outrageous explosion of arts in a city reeling from the loss of one of its most-loved landmarks in an accidental blaze, the streets resounded with song and poetry. The emphasis was on the thrill of creating art rather than its excellence – though highpoints there were many including the lighting up of the often staid St Anne’s Cathedral, earning its status once again as the Cathedral of Belfast, and the Health Service choir in Rosemary Street Church, a jewel in our radical Presbyterian crown.

But the city wasn’t only given over to 250 different art events in its core, but, correctly, to legions of young people who are taking ownership of a city for too long stuck in the past.

And that move towards a more youthful city, a city where the future can no longer be denied, was only reinforced at the installation dinner for the new Lord Mayor of Belfast Deirdre Hargey.

I was brought up never to reveal a lady’s age but suffice to say that she is on the right side of 40 which is a magnificent age for a political leader who remains steadfastly committed to a fair future for all.
She is not a fan of the term Lord Mayor preferring the more egalitarian Mayor but, for me, somehow the older appellation contrasts impishly with her searing focus on a new era.

At the packed house for her installation dinner in the Dome of Delight, I was privileged to meet so many people committed to a diverse and inclusive Belfast – especially representatives of our ebullient LGBT community and of our can-do ethnic minorities. My thoughts ran to who used to come to these affairs when they were but dusty and dull venerations of a departing era. My goodness, how times have changed. (I know that of which I speak: when a councillor in Belfast from 1987 to 1997, I was banned from the Lord Mayor’s Parlour — I bear no hard feelings but do salute karma.) How blessed we are to live in a time of change — as the First Citizen’s fearless chaplain, Baptist Pastor Karen Sethuraman, reminded us in a powerful invocation.

But my eye was also caught by the professionalism and passion of the young staff (to whom I don’t presume to ascribe any particular worldview) of Jane’s Kitchen serving us with consummate ease. In their own way, they too are great ambassadors for a city founded on hard work and endeavour and I was pleased that they allowed me to capture them in their sartorial splendor before they headed for home.

Earlier this month, I had the great privilege of addressing audiences in both New York and Belfast who are advocates for the prosperous and shared Belfast we believe in. Our eyes are set firmly on the Belfast International Homecoming from November 28 to 30 and, with the support of the Mayor of Boston Mayor Marty Walsh (another exemplary leader at a time when political heroes are in short supply) the Golden Bridges conference in Boston linking Derry and Donegal with Massachusetts.

I am grateful to these Friends of Belfast who are staying the course despite frustrating political stasis at home. Their reward too will come — not least because of their selfless and diligent work — in a united and prosperous Belfast. As they know, there is another face of Belfast beyond the news headlines. One that reflects bridge-building and tireless enterprise, community building and compassion. In fact, that Belfast will be on show on 18 October when the Aisling Awards celebrates the best of Belfast.

I’m thrilled that one of the top awards on that night will go to an institution which American genius Kurt Vonnegut once described as our greatest creation ever: the Fire Service. The fire brigade of Belfast enjoys the universal support of the people of the city. And, of course, we could all learn from the firefighter who will put his or her own life on the line by rushing into a burning building to save a life regardless of creed, color or class. Now there’s a credo for the new Belfast!