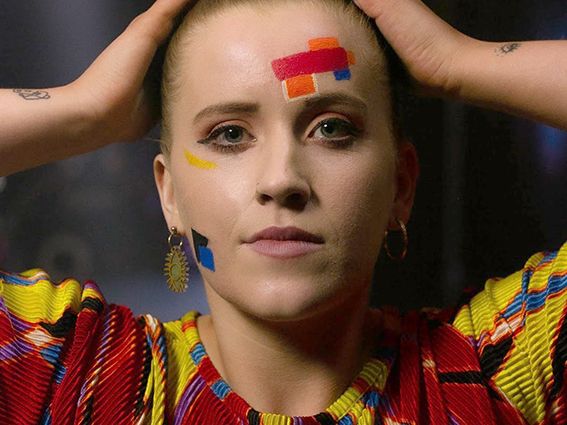 IN what feels the closest to normality in months, new music continues to be released, festival announcements pile up and several Irish talents, staples and new faces announce some of their biggest shows to date.

A follow-up from a previous story, to begin with. The RTÉ choice awards have revealed the final nominees for its ‘Song of the Year’ category. Unlike the panel-selected winner of the album column, the best song combines judges and public votes. With big names such as Picture This and Dermot Kennedy in this year’s shortlists, my personal favourite is Bobbi Arlo’s ‘Feel It’. A sticky, dark slice of alternative pop and dance music, Arlo’s inclusion amongst the heavy hitters is a signal of the quality to expect going forward.

Festival news comes in the form of a newcomer and some familiar faces. The most PR has gone to the return of the iconic LONGITUDE Festival, which is headlined by the likes of A$AP ROCKY, Tyler, The Creator and Doja Cat. On the more alternative side, we have the Open Ear Festival returning this summer, whose programming would satisfy your electronic needs should you be in a Cork-inclined direction later in the year.

But most exciting is the announcement of the line-up and details of For The Culture, Ireland first-ever Black Irish Music Festival. Taking place at Fairyhouse Racecourse on May 28, the festival was founded by the Black And Irish organisation and has a focus on representation and community whilst being open for all to attend. A focus will also be directed towards highlighting artists, entrepreneurs and black-owned businesses around the country. Names such as Sello, Tebi Rex, Abu Coulibaly and Erica Cody are amongst the first artists announced to perform, and this writer can’t wait to see what else they’ve got coming.

And while all this news at home is exciting, opportunities are being pushed for our creatives further away from our shores. Angela Dorgan of Music From Ireland, one of our chief creative export offices, recently dropped the news that Ireland had been chosen as one of the main partners for The Great Escape Festival. TGE is one of the world’s most popular musical showcase festivals and Ireland has had a consistently strong showing, capped off last year with the likes of Smoothboi Ezra, Soda Blonde, CHERYM and more.

On their selection as the lead country partner at this year’s event (the first one in person in two years), Angela said: “We are especially pleased that TGE is acknowledging the wonderful talent we have in Ireland and is highlighting the unique relationship between our two industries.”

Live performance news for artists young and small came fast this week, with legends like ASLAN and Hudson & Taylor announcing headline Dublin shows and anniversary arena tours for later in the year. However, it’s on the independent side where things are constantly more exciting. Producer David Balfe, aka For Those I Love, was announced as the headliner for the annual ‘Save Tolka Park’ show next month. With snippets of crowd chanting and visceral, undeniable imagery of the stadium, club and supporters providing much of the backbone to his stunning self-titled debut album, this doesn’t come as a shocker. Bring tissues, it’s sure to be an emotional one.

Then we have some local favourites, with DIY slack-rocker Skinner poised for a headline show and alternative songwriter Naoise Roo performing her debut EP ‘Lilith’ in its entirety. Both will take place at the Workman’s Club next month.

And as always we end the column with a spotlight on some of the best independent releases of the last week. First, we have Zapho with ‘Peoples’, which sways between dream and alternative pop, never too far on either side thanks to a tight production technique and furnished, muscled songwriting chops. No Monster Club, amid a comeback, turn up the indie rock/pop volume with ‘The Trundling Path’ and Derry trio TOUTS make a much-welcomed reemergence with the blistering ‘Shane MacGowan’s Teeth’. Plenty to sink into.