Ireland forced to settle for draw against Qatar 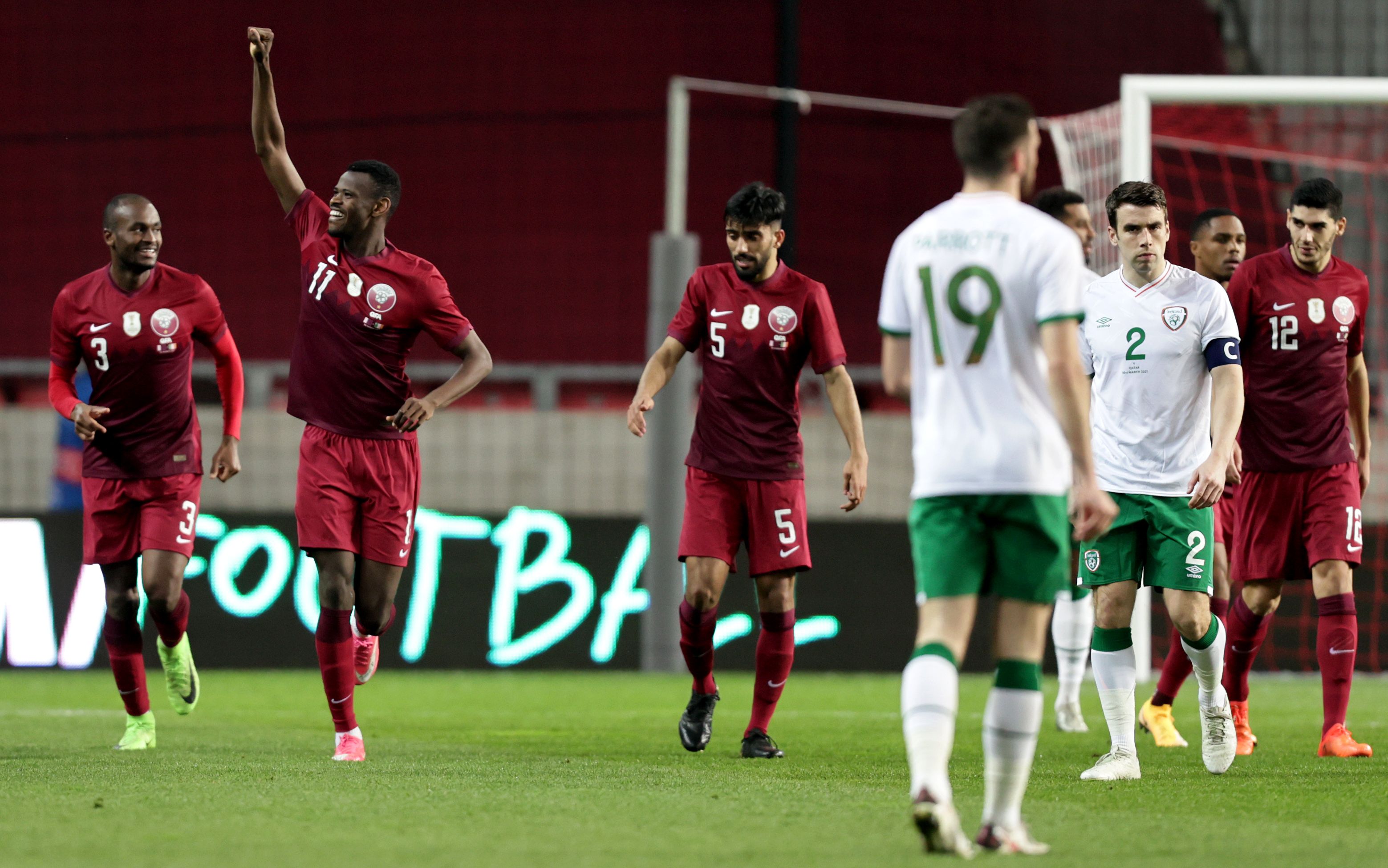 THE wait goes on for Stephen Kenny's first win as Republic of Ireland manager as they were forced to settle for a 1-1 draw against Qatar in Tuesday's friendly in Debrecen.

It has now been 11 games without a win for the Dubliner, but the performance was much improved from Saturday's dismal defeat to Luxembourg that gives them little chance of qualifying for next year's World Cup that will be hosted by Qatar.

It seemed as though Ireland would find that elusive win when James McClean's deflected effort on four minutes found the net, but they were pegged back two minutes after the interval when Mohammed Muntari levelled with a well-taken finish from outside the box.

While it was disappointing to miss out on victory yet again, the display was much improved from Saturday and but for some better finishing, they could have emerged with the win.

"I thought it was a decent game tonight," Kenny told RTE after.

"Qatar played some good football quick on the counter-attack. We probably had the best chances on the night so we're disappointed to draw the game.

"The experienced players who came into the team did brilliantly, so it was a good display and overall I thought we deserved to win."

It was a much-changed starting team for Ireland with just goalkeeper Gavin Bazunu, captain Seamus Coleman and Dada O'Shea retained from the weekend defeat to Luxembourg.

It was some of the more experienced players who created the early goal with Robbie Brady crossing from McClean after a well-worked corner for the Derry man to lash home via a deflection.

Qatar thought they had a penalty straight after when Bazunu was adjudged to have fouled Pedro Miguel inside the area, but after consulting his assistant, referee Balazs Berke changed it to a free-kick with the challenge clearly outside.

Both sides had chances before the break with Qatar's Almoez Ali heading wide when he should have done better, while Shane Long shot tamely at Al Sheeb when pouncing on a back pass.

Ireland were made to pay straight after the break when Muntari rifled home off his right and both sides had their chances to go in front with Qatar going close on a couple of occasions with Ireland's best chance coming deep into stoppage time when Josh Cullen's header from a Cyrus Christie cross was well saved.

While the victory eluded them, the disappointment was not on the same scale than at the weekend with Kenny relatively happy with how his team played.

Despite some criticism, Kenny insists his plan is long-term and is determined to be in place to oversee it.

"I'm used to winning. I hardly lost a game in five years (with Dundalk) and with the U21s we hardly lost a match," he pointed out.

"Even if we had have won tonight, we got beaten against Luxembourg and we'd be disappointed about that. That's something that hurts, that we have to contend with and live with.

"I'm happy with the evolution of the squad and where it's going. There is a lot of talent together there who have come in and have done well."