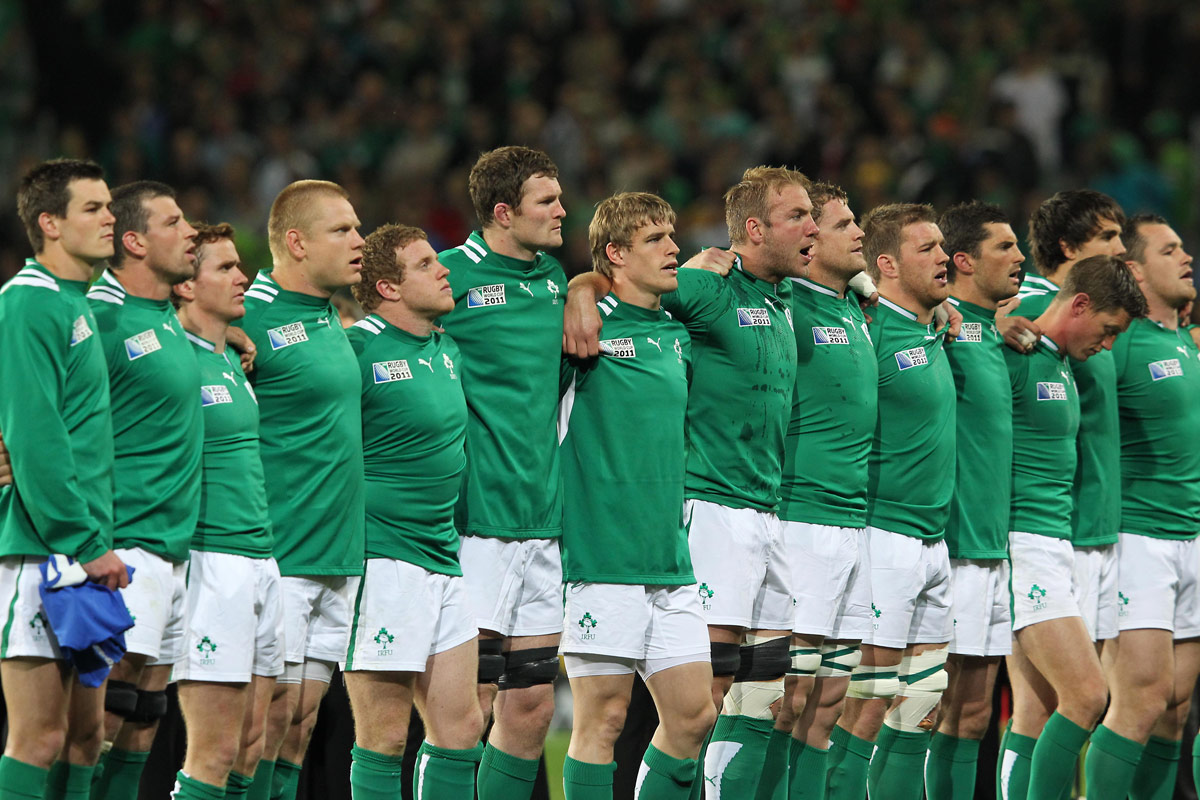 Declan Kidney’s side made history with their impressive victory over Italy to become the first Ireland team to top a pool at the World Cup.

Tries from Brian O’Driscoll and two from Keith Earls gave Ireland victory and set up a quarter final with Wales where the winners face the victor in the England v France tie in the last four.

Ireland went into the World Cup on the back of four warm up defeats and were virtually written off. A poor performance against the USA in the opening game did little to dispel the doubters.

Ireland sprung into life against Australia and wins over Russia and Italy put Kidney’s men on the brink of something special.

The Irish pack have to take a lot of credit. The scrum used to be the weakness, targeted by the opposition.

It normally crumbled under pressure but in Cian Healy and Mike Ross Ireland have found world class props who are not only holding their own but are actually dominating in the set piece.

In Sean O’Brien and Stephen Ferris they have two of the best flankers in the world, both have power, are great ball carriers and will run through brick walls. O’Driscoll rolled back the years against Italy while Gordon D’Arcy has rediscovered his form.

The only down side for the Irish was an injury to hooker Rory Best whose tournament looks to be over.

With Jerry Flannery already home due to injury a lot will rest on Sean Cronin.

He has always been the nearly man but against Wales he will have a chance to show his credentials.

Wales beat Ireland when the sides met in the Six Nations and there are quality match ups all over the field.

O’Driscoll and Jamie Roberts were so effective as midfield partners for the Lions in South Africa two years ago, on Saturday they will be in opposition.

The battle between Gethin Jenkins and Ross in the front row won’t be for the faint hearted while the Irish back row should have the power to blast the Welsh out of it.

One place of concern will be at scrum half.

Connor Murray is probably starting for Ireland by default.

He’s not the best but isn’t the worst and has taken his chance.

He produced a real mixed bag against Italy and faces Lions scrum half Philips, the Welshman is physical and Murray will have to nullify him.

It’s a tight one to call. Ireland have been in two wars of attrition while Wales had their hardest match in the first week.

Ireland have got better as the tournament has gone on and on paper would just shade it.

However, with questions at hooker and scrum half everybody will have to be on their game to reach the last four.