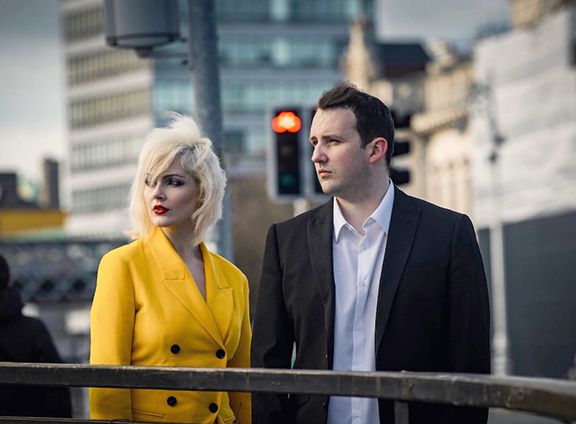 NEW RELEASES: Greywind return with a new record and video

WITH March fast approaching, it's difficult to remember what our thoughts were this time last year – personally, I saw an end to the pandemic in the warmer months, with a return to the local on the cards by late spring at worst. One naivety shattering year later, the arts faces the same issues it has seen from day one, with members of the creative community taking a leadership role, in the space supposedly occupied by elected officials, to continue pushing the culture of Irish music forward.

One such event was announced just the other day, and it looks to reclaim some of the joy that has been robbed from us by the isolation slog. Dublin’s St Patrick’s Day Festival will look to feature six days and nights of programming, presented online and featuring some of Ireland's top musical talents under the name Dúisigh Éire. Across several events, the festival will provide viewers with some much-needed live content. This includes headline shows from Pillow Queens, Gemma Dunleavy and a special showcase of some of the finest young talents in Ireland. Names such as Kynsy, Hazey Haze, Jackie Beverly, Christian Cohle, Anna Mieke and more will appear thanks to a special broadcast of their performances during Ireland Music Week.

In further live news, the western world watches as Britain extends their idea of a digital health passport into its trial phase. Developed by London based start-up You Check, the app has been sent into the field in venues such as London’s 100 Club and Bristol’s 250 capacity Exchange, and will allow patrons to verify their Covid status using PHE approved kits before the event in conjunction with the event management and You Check.

Where was this idea eight months ago? The success of this startup will have serious implications for the return of the live event industry and on the viability of the working-class musicians’ careers. With an eye on reduced attendance shows and an earlier return, we can only hope that some positive news is to follow.

Also worthy of your attention this week is the short film Ériu’s Threshold. Incepted and created by Body & Soul Festival Founder Avril Stanley, ET is an exemplary showcase of the talent and creative capabilities on Irish shores that persist despite Covid – with all filming conducted during Stage 5 Lockdown conditions. The project “interprets the past in response to the current global pandemic” and features an amazing cabal of Irish perseverance and ability across the mediums of music, theatre, film, dance, fashion and more. Entirely worth your time.

Until such a time in which we can retreat to dark corners and purchase overpriced liquor in the company of friends, Ireland's release economy has continued to boom. Take the newly established record label Electric Mayhem Records. Describing themselves as irreverently fun an unapologetic, this indie label is the latest in a long line that looks to put local art and artists first. Founded by Mark Graham of King Kong Company fame and Solkatt’s Leo Pearson, the label released their first single WORK this week. With a focus on upbeat, electronic, colourful releases, Electric Mayhem could set itself up to be the perfect foil to the onslaught of dreary. Ridicule and laughter purely for the sake of it could be exactly what we all need right now.


This week’s release spotlight shines over another incredible showing from the independent Irish music community. You might remember some previous mentions of Belfast alt-rock group New Pagans. The freshly signed band have brought out their second single in as many months, with their new release ‘Harbour’ displaying their grit and passion in equal amounts.

For those of a more chilled disposition, I can wholeheartedly recommend the indie psychedelia of J Smith’s latest release I’m Sorry. Written for a friend in a hard time as a “hand on their shoulder” according to Smith, its blissful meander is wonderful to lose yourself in. And finally, emo alt-rockers Greywind return with a stunningly shot video for their new record Am I Asleep, which melds their signature string vocals with textured, layered guitar.