Irish Cup: Cliftonville have too much for Portstewart 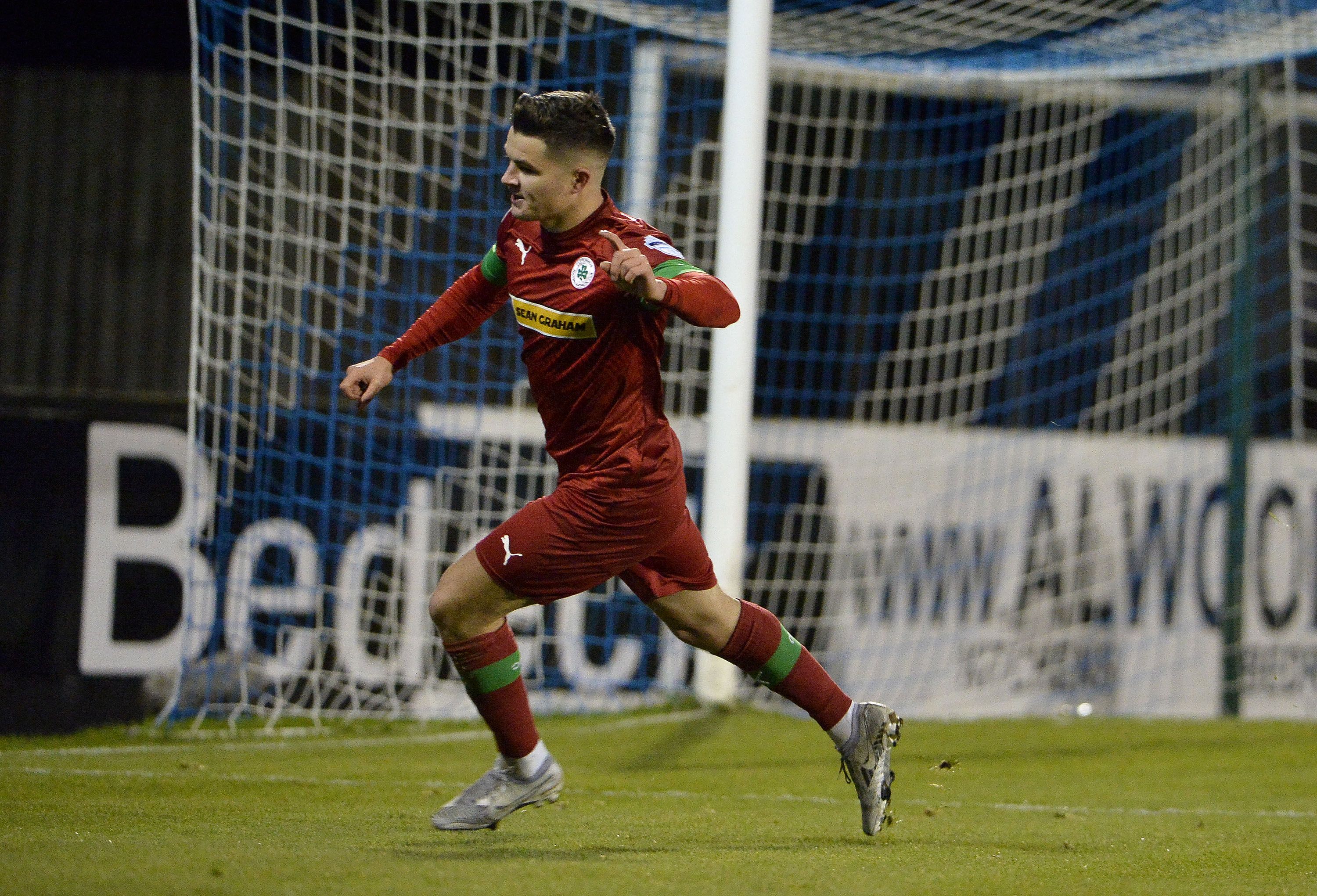 CLIFTONVILLE progressed into the last 16 of the Sadler’s Peaky Blinder Irish Cup after a 5-1 win over Portstewart at Solitude on Tuesday evening.

After going 2-0 ahead after eight minutes through goals from Garry Breen and Daire O’Connor, The Reds were perhaps guilty of taking their foot of the gas and conceded to Richard Vauls moments after the hour-mark.

But any prospect of a comeback was extinguished as O’Connor, Daniel Kearns and Ryan Curran all struck to ensure a safe passage to the next round to the delight of boss Paddy McLaughlin who was happy with the evening’s work.

“I was happy enough, we got through and that’s what we came here for – to get through to the next round,” McLaughlin reflected.

“We’re delighted with the five goals, disappointed with the goal against but you can’t have everything.

“We’ve got a couple of goals and didn’t pick up any more injuries than we already have and we’re into the draw for the next round. That’s what was important.”

McLaughlin made one enforced change from the weekend win over Carrick Rangers as Barry Coffey replaced Liam Bagnall who dropped to the bench after sustaining a knock.

Cliftonville hit the front within the first three minutes as Rory Hale crossed and Garry Breen capitalised on some indecision in the visitors’ defence and nodded past Andrew Findlay to make it back-to-back goals following on from his header against Carrick at the weekend.

They then doubled their lead five minutes later. Hale was again involved with a threaded pass through to Daire O’Connor whose left-footed strike from the edge of the area clipped the post with Findlay beaten.

👏 Congratulations to Darren Hyland, who made his Cliftonville debut in this evening's win against Portstewart... and would have had extra cause for celebration were it not for that cursed offside flag! 🏳️ pic.twitter.com/QYceC8h1vb

It took Portstewart 20 minutes to have their first opportunity of the evening through a Chandler Douglas free-kick that curled over the bar.

The majority of the chances fell to the hosts as Michael McCrudden sent in a low cross which was met by O’Connor, but Findlay smothered.

McCrudden then attempted to round the Portstewart shot-stopper who blocked the striker’s effort with Daniel Kearns also seeing his attempt parried and at the interval it was 2-0 to Paddy McLaughlin’s side.

Rory Hale went closest to extending the lead early in the second half, but he curled a low effort agonisingly past the post.

At the other end, Zach Barr had a sighting but dragged his shot across the face of goal and wide.

Just after the hour mark Kris Lowe conceded a free-kick on the edge of the area and Mark Edgar’s resulting free-kick hit the wall and went behind for a corner.

From the resulting set-piece, Portstewart pulled a goal back and injected some fire back into the contest as Richard Vauls scrambled home at the back post despite furious appeals from Aaron McCarey for a hand-ball that fell on deaf ears.

Any potential nerves were soon banished as Cliftonville kicked through the gears.

On 69 minutes, Michael McCrudden’s shot was parried by Findlay and Daire O’Connor slammed the rebound home for his second of the evening to restore the two-goal lead.

It was game, set and match two minutes later with O’Connor turning provider for Daniel Kearns who squeezed the ball home for his first goal since his January arrival.

Seanan Foster then went close from a Michael McCrudden cut-back, but his venomous strike crashed off the underside of the bar and out to safety.

The fifth goal arrived with 10 minutes remaining as Ryan Curran fed Rory Hale whose shot was parried, but 60 seconds later Curran made sure with a low curling strike for his 18th goal in all competitions as the hosts safely progressed to take their place in Saturday’s draw for the last 16.