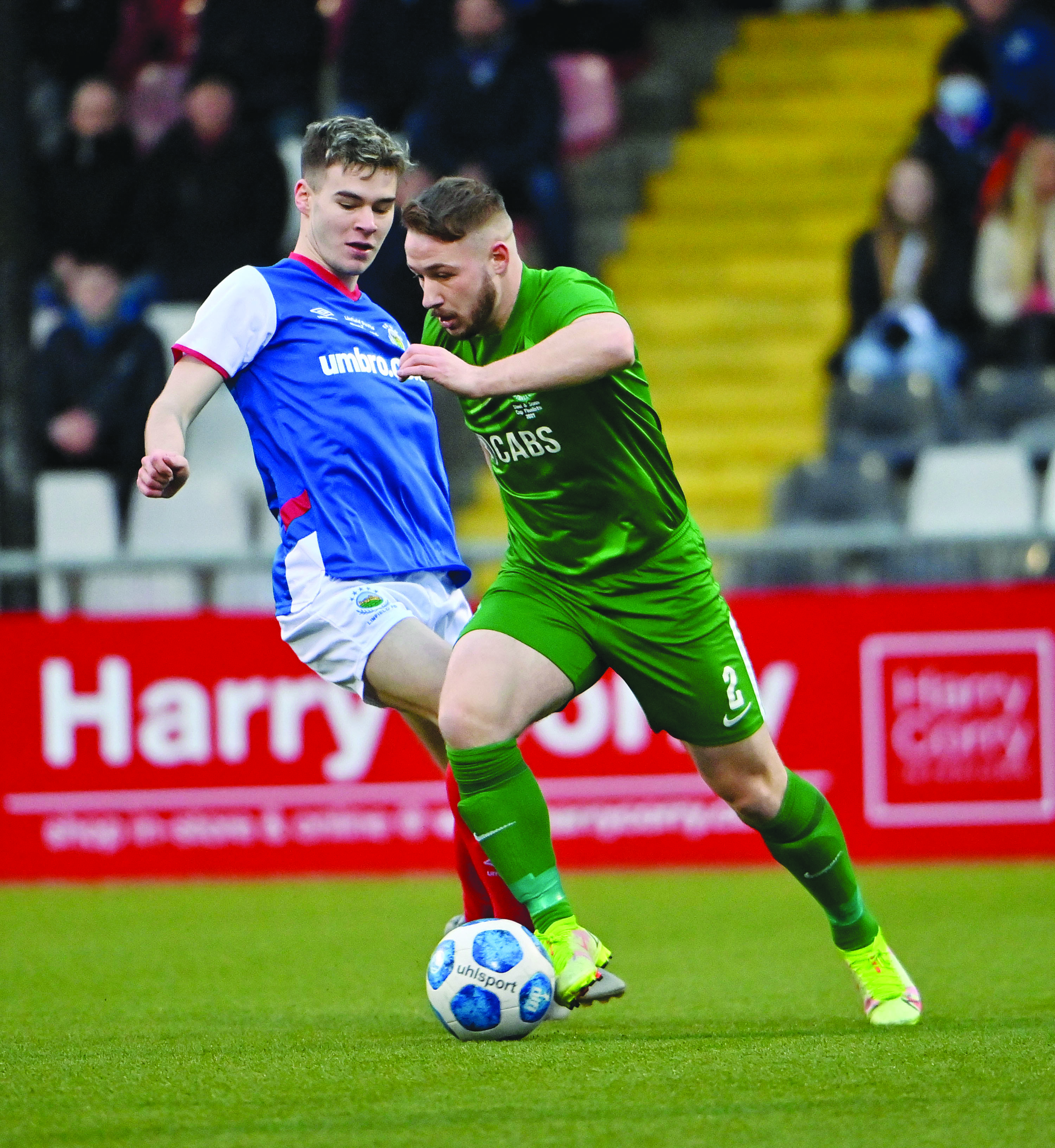 NEWINGTON ended 2021 on a high and they’ll be hoping to maintain their fine run of form when they take on Queen’s in the first round the Irish Cup on Saturday at The Dub.

Having negotiated the qualifying rounds to make the first round proper, the ’Ton travel to South Belfast full of confidence.

Not only did Paul Hamilton’s men claim the Steel and Sons Cup on Christmas Day at the expense of Linfield Swifts, but they moved to the top of the Premier Intermediate League thanks to a 2-0 win at Banbridge on New Year’s Day.

In stark contrast, Queen’s have an uphill struggle to avoid relegation to the Premier Intermediate League as Peter Thompson’s men are currently 11 points adrift at the foot of the Championship.

Yet, two years ago, the students pulled off one of the biggest upsets in the history of the Irish Cup when they defeated Linfield 2-1 at The Dub and Hamilton insists his men will be braced for a stern examination.

“We played Queen’s at the start of the year in a pre-season friendly and beat them 2-1 and it was a really good game,” said Hamilton.

“We play well over at their pitch. It is a smashing pitch and it is good and tight and you can move the ball well.

“We won’t underestimate Queen’s. They haven’t been doing well in the league, but they can always be giant-killers in cup games against the bigger teams – that was the case against the Blues. We’ll treat them the way we treat every team and we’ll respect them.

“It goes back to the old cliché I always say – we are going over there to win a game.”

While Newington won’t take Queen’s lightly, Hamilton said they would love to progress to the last 16 and take on one of the top teams in the Irish League.

“If we win this next game, it puts us right in the mix and into the last 16,” added Hamilton.

“If we get past Queen’s, we’d love to play an Irish League team. We’d want a big team and the chance to play and compete against them. It would be good for the lads to try and pick up a few things. We can’t look past Queen’s – that’s our next target.”

Newington showed no ill-effects from their 1-0 win over Linfield Swifts in the final of the Steel and Sons Cup as they defeated Banbridge last Saturday to move to the top of the Premier Intermediate League.

Ciaran Lundy opened the opener after just three minutes at Crystal Park while Banbridge defender Dean Morgan scored an own goal as Newington moved ahead of Armagh City in the standings.

Shay Campbell’s men are in league action this weekend and can retake top spot ahead of a meeting between the pair at Holm Park on Saturday, January 15.

Hamilton was delighted by his side’s performance at the weekend, especially as it came directly after the Steel and Sons Cup final.

“It was surprising when we played Banbridge, we were brilliant from the get-go,” said Hamilton.

“We were worried that there might have been a bit of a hangover going down there, but the boys were brilliant from start to finish. We scored early and just kept our shape and saw the game out. It was a massive three points for us.”

The win over Banbridge came a cost, however, with defender Robbie McVarnock, who was Man-of-the-Match against Linfield Swifts, picking up a red card along with Banbridge defender Kevin Anderson.

Hamilton said he’ll continue to rotate his squad with Newington currently in the middle of run of fixtures which could define their season with a rematch against Linfield Swifts in the Intermediate Cup also scheduled for later this month.

“Against Banbridge, we rotated the squad a bit. We took a bit of a chance and it paid off for us,” added the Newington boss.

“It will be the same thing on Saturday against Queen’s.

“We are looking to bring in a few of our development players. They were on the bench on Saturday, but they didn’t get a run out.

“They’ll be on the bench again on Saturday and, hopefully, they’ll come on and show us what they have. We’ve a big squad and we can change the squad about depending on the fixtures. Obviously, with the way things are with Covid, you never know who is going to be available for each game.”