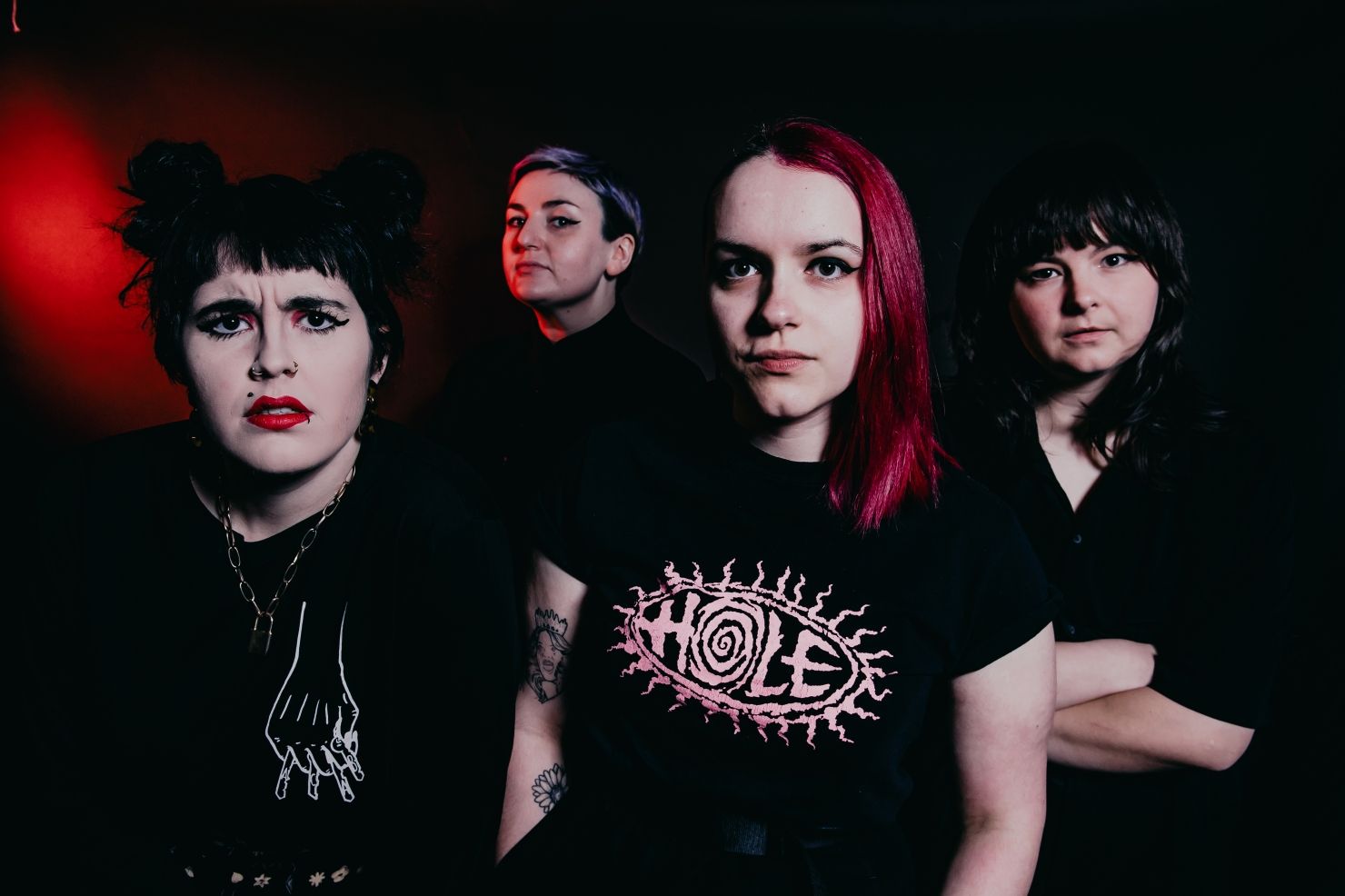 Problem Patterns, One of the most immediate and urgent bands in the country right now

GREETINGS from sunny Texas. Reporting live from the state capital Austin for this year's SXSW, Northern Winds goes on the road to report back on the delegates and musicians representing the North at the largest music and tech festival in the world.

Performing in the locally legendary venue, Cedar Street Courtyard, four Northern acts took to the stage to represent some of the best we have to offer. Sponsored and organised by Belfast City Council and Output Belfast and positioned strategically on St Patrick's Day, the Output stage has come to be one of the largest draws at the festival each year. Dream pop, folk and punk came from Beauty Sleep, Dani Larkin, The Wood Burning Savages and CHERYM respectively, who garnered crowds of hundreds into the venue for a unique celebration of Celtic talent.

On the subject of output, it’s almost time for the festival to return to Belfast. The country’s largest one-day showcase festival is free to attend every year and provides both musicians and industry hopefuls with a first-hand glance and step into the wider world of the music business.

Split into two parts, with the conference taking over The MAC during the day and the performances taking over the Cathedral Quarter at night, the festival is free to register for and is for all to attend. Alumni include Ryan McMullan, Ciaran Lavery, And So I Watch You From Afar, Cormac Neeson and more (plus keynote speakers from labels, festivals and music organisations across Ireland and the UK), and it is highly recommended that all with an interest in music are in attendance.

Following up on last week's story, we have an update from the Fontaines D.C. front. With their new album positioned for an imminent release, the Dublin-born, London-based quintet have released their murkiest track yet, the titular ‘Skinty Fia’. Falling back on to the post-punk shoegaze of their origins but maintaining their folkish brogue, it follows on from their extremely exciting single ‘I Love You’.

Alongside this release came news of a slew of new Irish dates, including headline performances in both Derry’s Millennium Forum and Belfast’s Ulster Hall. Tickets will fly out so plan accordingly.

Elsewhere, Irish artists have continued their support for Ukrainians during the Russian invasion of the Eastern European state. Glenn Keating, noted producer and performer with the likes of Houseplants, Jape and The Redneck Manifesto, was commissioned to release a new composition on St Patrick’s titled ‘Rounds’. Released in aid of raising money for Tabletochki, who have ensured that cancer treatment and care for children has continued throughout the evacuation of Ukraine, you can donate directly via Glenn’s Bandcamp page online.

This week's spotlight has been the most difficult of the year so far, with a plethora of great tracks from all walks and genres. To begin with, we have feminist punk band Problem Patterns kicking things off with ‘Y.A.W.’ Never afraid to wear their intentions and hearts on their sleeve for the public to see, the latest from PP is as firebrand as it gets. Standing for ‘Yes All Women’ and written in the wake of the killings of Sarah Everard and Ashling Murphy, it’s an angular affair, a dark slice of distorted punk and riot grrrl aesthetics. One of the most immediate and urgent bands in the country right now.

Staying punk, we have the newest from Belfast trio Mob Wife, who swap the pace for a more brooding, lucid cut of alternative rock. ‘Cutting Teeth On Suburban Curbs’ has throwbacks to midwestern emo, 90s grunge and noughties punk.  And rounding off this week's column, we have the new single ‘Comfort Zone’ from folk and trad specialist Myles McCormack. Similar to Elliot Smyth in his ability to orchestrate huge waves of sound from a deceptively simplistic setup, the complexity of McCormack will draw you in on this stunning new acoustic track.