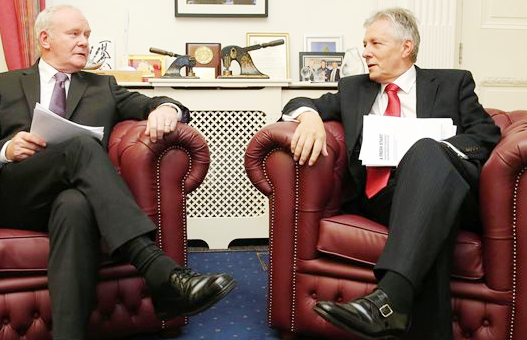 MY four ex-children (they’re all-growed-up now) are very good at either ignoring any advice I may give them or denouncing any views I may happen to offer, whether about a domestic or a political matter. But that’s family for you. They wouldn’t be normal if they weren’t trying to kill their oul’ fella (meta-phorically speaking) .

Some people give out about young people today, say they’ve gone to the dogs, no respect, no morals, no principles. I find it’s exactly the opposite. Most of them, far from going to the dogs, are so dog-free, upright and unbending, they make a shovel-shaft look corkscrewed. Let there be the faintest hint of sexism or racism or homophobia, they don’t hesitate to tell people where to get off.

I had experience of this in Vancouver one summer. The professor from the university there who had hired me to teach summer school was kindly collecting one of our offspring from the airport, as he flew in to join us for a week.

My prof friend was holding forth on how Asian drivers in Vancouver were hopeless. I didn’t like what he was saying but I hadn’t the courage to pipe up. My son, though, who was sitting in the good prof’s car, having known the man for all of fifteen minutes, demanded: “Do you have a problem with Asians?” Mercifully the prof backed off.

But while being commendably austere in their stance on racism and so on, there is one area where my ex-children fall down. In fact, an area in which most of the public fall down and do so so blatantly and frequently, they don’t seem to be aware they’re doing it. I’m talking ageism.

Many people who would cut off at least one finger rather than adopt a racist position think nothing of being critical of people for being old or even older. To refer to someone as “That old fool!” is to doubly dismiss the person – for being stupid and for being old. Substitute “black” or “Jew” for “old” and you’ll see what I mean. Shop assistants call older people “Dear”, want to know if they have their “wee loyalty card” with them, talk in the kind of placating voice you’d use to address a not-too-bright 10-year-old.

I’ve just come from reading an article about political parties here in the north. Much is made of how Peter Robinson will probably be replaced by Arlene Foster, who’s in her mid-forties, and that is automatically seen to be a good thing. The SDLP is hailed for having opted for Colm Eastwood as leader because he’s in his early thirties.

Martin McGuinness, on the other hand, is in his mid-sixties and reporters have already begun to ask him when he’s going to pack it in. And Gerry Adams has been blasted by critics on all sides for having the temerity to be voted President of Sinn Féin for so many years. No criticism is directed at either man for political performance – it’s for being around for so long. Time for a Fresh Start in more ways than one, they snigger.

I have, of course, a vested interest in these matters, being old myself. And I do know that you can get people who are incompetent yet insist on hanging on to their jobs when they’d do everyone a favour if they walked off into the sunset. But to pass judgement on a politician or anyone else because of how long they’ve been doing the job and/or how old they are, is frankly outrageous.

You don’t believe me? Keep your eyes and ears open over the next week and I’ll be an aged orang-utan’s uncle if you won’t come across at least three instances of what I’m talking about.

It’s like the guy said: “When I was 20 I thought my father was a fool. When I was 25, I was amazed at how much he had learned in five years.”