Jobs saved at Harland and Wolff as bid for shipyard accepted 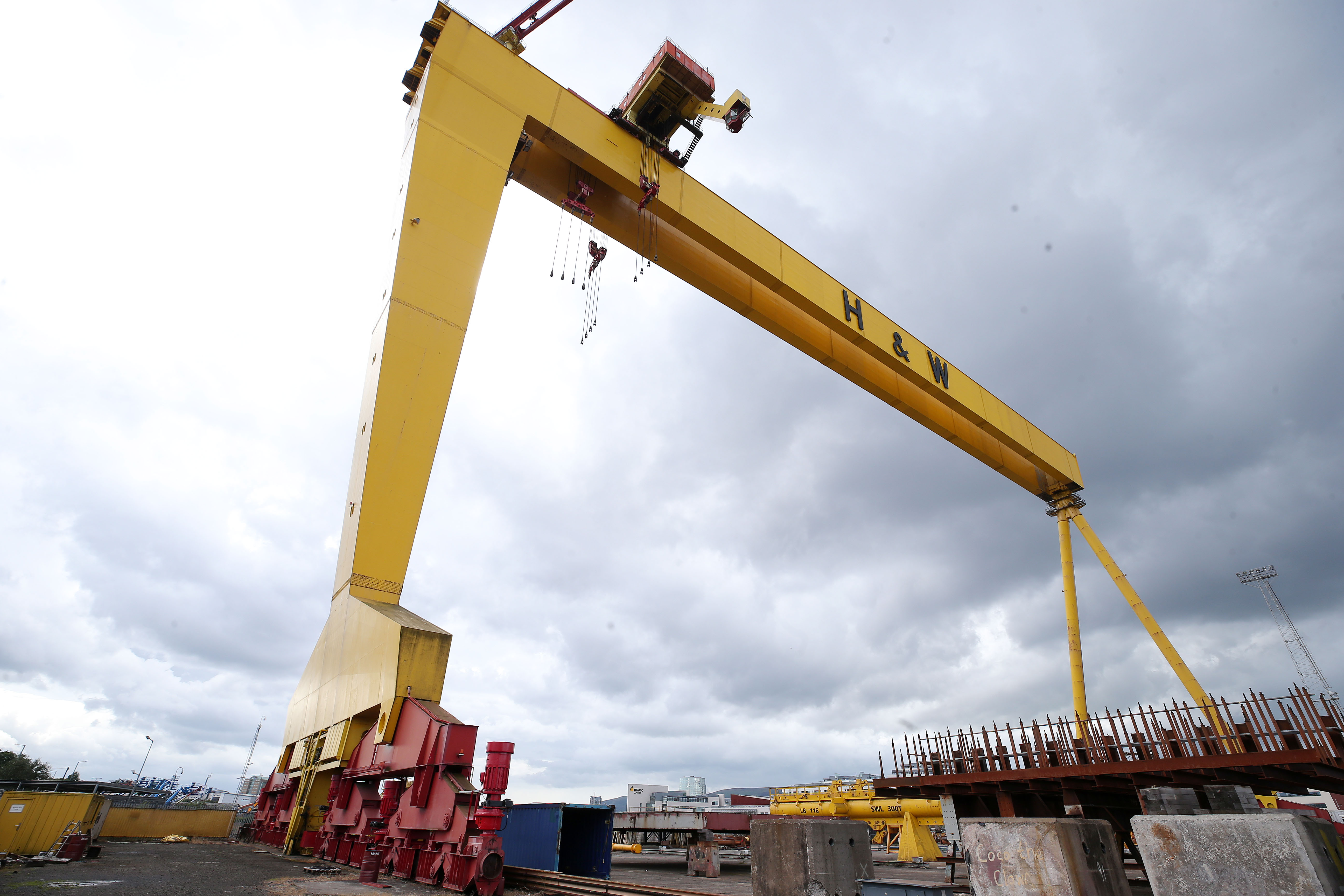 Press Eye Northern Ireland -5th August 2019 Harland and Wolff workers continue their protest at the Belfast shipyard as the future of the company will be decided today after a series of meetings. General view of the shipyard. Picture by Jonathan Porter/PressEye

A financial bid for Harland and Wolff shipyard has been accepted following a nine-week occupation by its staff.
The site has been bought for a total of £6 million by InfraStrata, a London-based energy firm. The yard went into administration in August following the collapse of its Norwegian parent company.
InfraStrata said it will retain the 79 workers who are still employed.
Trade union Unite says it expects people to return to work as early as this week. Unite regional officer Susan Fitzgerald said the workers had “defied the cynics”.
SDLP Councillor Brian Heading welcomed news that a buyer had been found.
Cllr Heading spearheaded efforts to bring together a coalition of public agencies to secure the shipyard after it fell into administration.
“At last the shipyard workers have some positive news. They have fought tooth and nail to defend their livelihoods but also to secure one of Belfast’s most iconic industries. They deserve immense credit for their work over the last number of months,” he said.
“What’s needed now is an economic strategy for the shipyard that will allow the site to grow and prosper. We have a real opportunity to create a green energy hub on the site, forging ahead with the assembly and manufacture of cutting edge wind technology. That’s where the economy of the future is and we should be preparing for it now.
“I want to pay tribute to the immense strength and resilience of the shipyard workers and their trade union representatives who made this a pressing political priority.”