Joe Austin's interview with Adrian Dunbar to be broadcast tonight 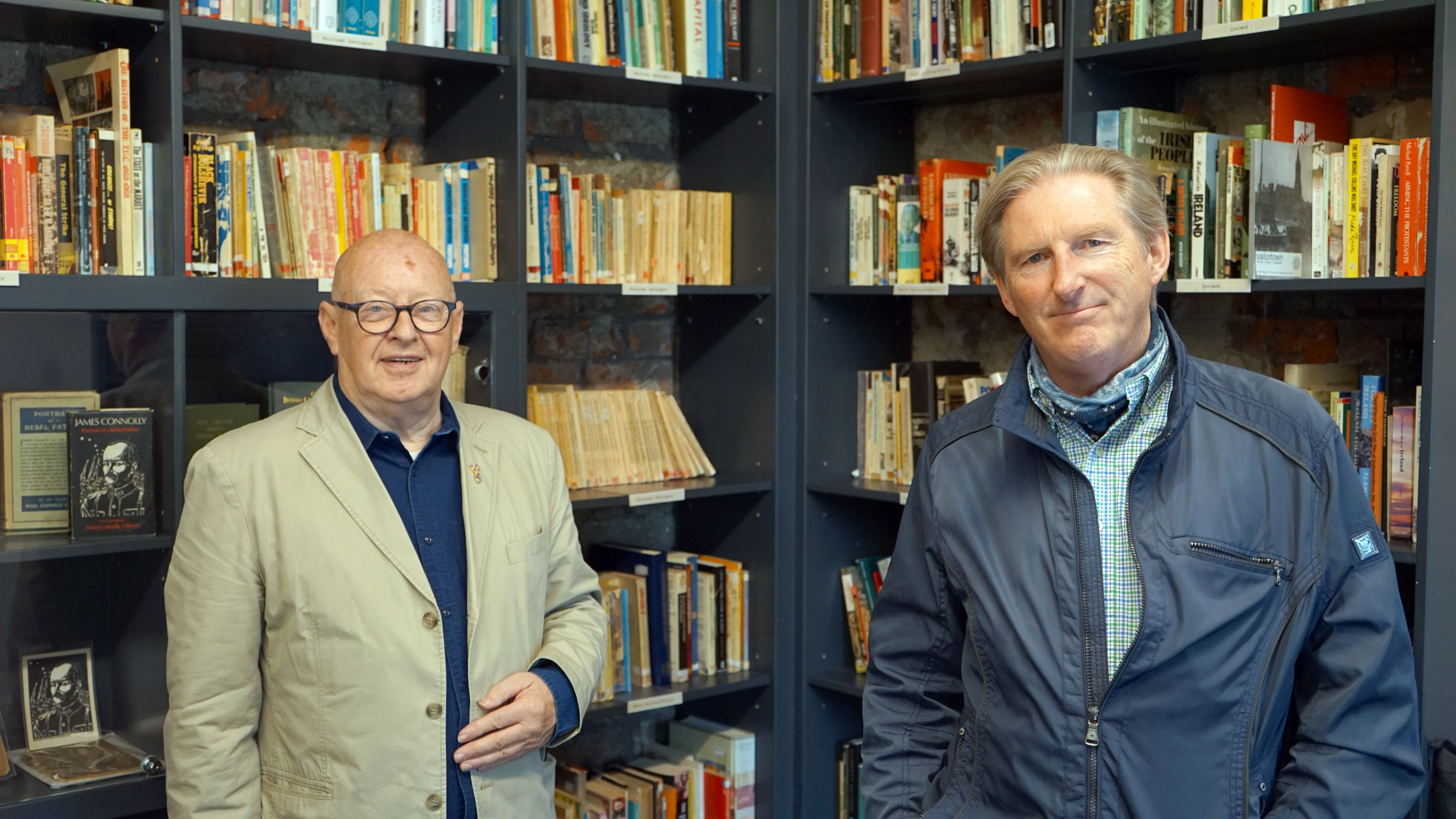 Féile an Phobail is set to broadcast a special episode of its Scéalta video podcast this evening (Thursday) featuring Line of Duty star Adrian Dunbar.

The Enniskillen-born actor was in Belfast last week as filming of the latest season of the hit BBC One series got underway in Beechmount.

During his time in West Belfast, Dunbar paid a visit to the nearby Áras Uí Chonghaile (James Connolly Visitor Centre) where he sat down for a conversation with local historian and Féile lynchpin, Joe Austin.

From acting and the arts, to talk of a united Ireland, the pair covered considerable ground during this week’s Scéalta episode, which will be broadcast this Thursday.

“He was very defensive of the arts and he talked about the hardship that many actors were going through because of the pandemic in terms of lack of funds, performances, and everything else that keeps things going.

“We talked about integrated education, which he’s a great advocate for.

“We talked about his own early days in Enniskillen, growing up, and how he took the opportunity when it arose to train as an actor in London.

“It was a very interesting conversation. We talked about a whole pile of stuff including Irish unity and how it was a debate that had to be had.”

As for Dubar’s time in Beechmount, Joe said Adrian viewed the people of West Belfast as “salt of the earth”.

“I asked him how he got the Connolly Centre and he said he just walked up from Beechmount and spoke to a few people on the way,” Joe said.

“I’m home – that’s really what his attitude was.”

While undoubtedly delightedly to visit Áras Uí Chonghaile, Dunbar reportedly has an “extensive knowledge of Connolly” as Joe attests.

“He could’ve walked in the front door and done the tour – he knows that much about Connolly.

“A few years back he tried to produce a film of the Rising, and particularly about Connolly, but it fell at the hurdle of finance.”

Thursday’s episode of Scéalta with Adrian Dunbar will be broadcast at 8.30pm on Féile an Phobail’s social media pages.