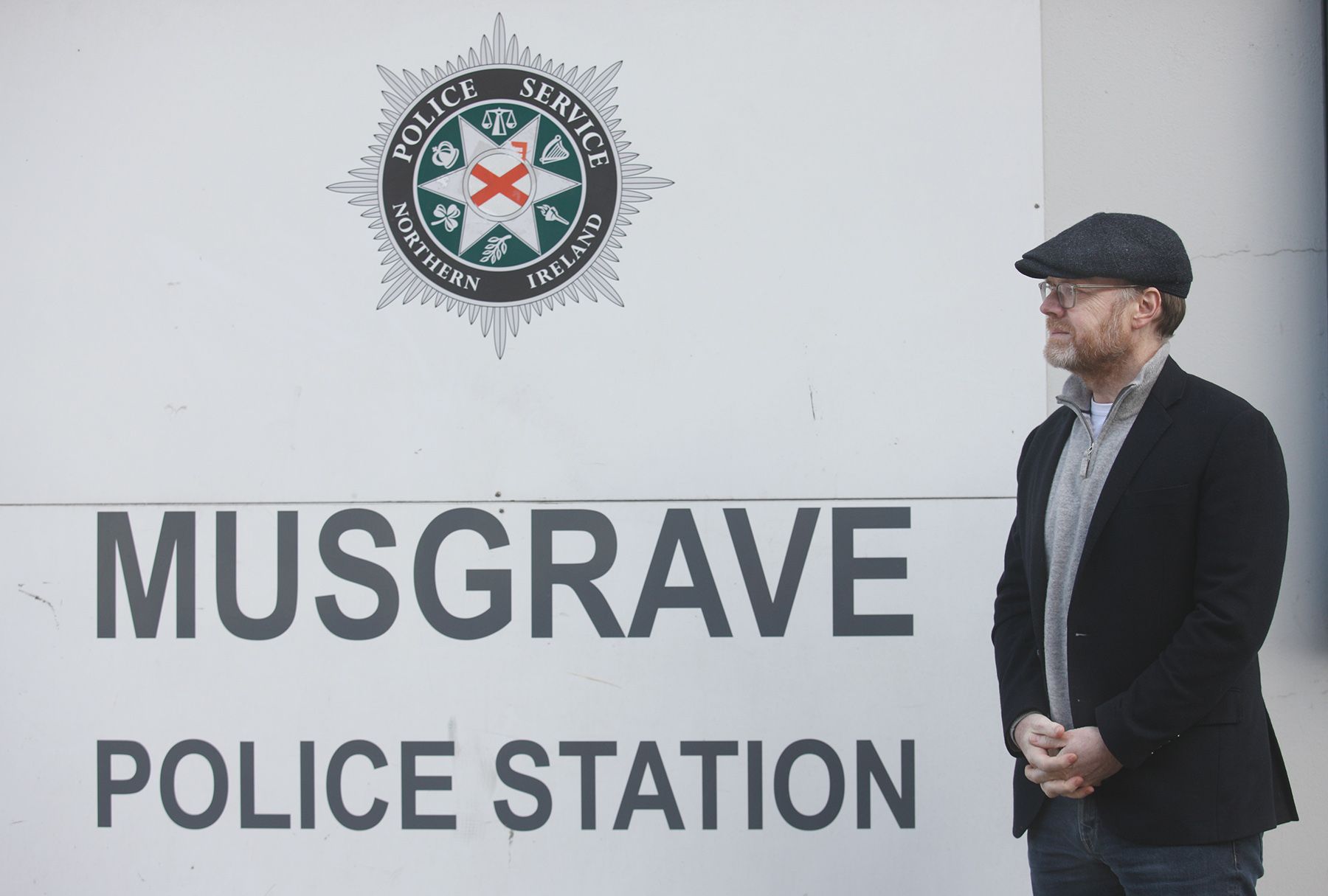 A journalist who was unlawfully arrested over material that appeared in a documentary about the 1994 Loughinisland Massacre (see trailer below) has called for the resignation of PSNI Chief Constable, Simon Byrne.

Last year, the police chief wrote to journalists Trevor Birney and Barry McCaffrey to apologise after the Court of Appeal quashed a search warrant used to raid their homes and offices in August 2018. The pair were arrested over the alleged theft of a police watchdog document that appeared in their film ‘No Stone Unturned’, which looked at the loyalist murder of six men who were shot dead while watching the Ireland v Italy World Cup game in a pub in the Co Down village in June 1994.

This week, the Chief Constable was again forced to apologise after police cracked down on a memorial event held to mark the anniversary of the 1992 Sean Graham bookmakers’ atrocity on the Lower Ormeau Road. The bookies’ massacre, which was carried out by the UFF in collusion with RUC, claimed the lives of five innocent civilians.

Reacting to Friday’s events, Trevor Birney said recent police blunders point to an  “institutional” problem within the PSNI. Reflecting on his own case, he stated: “A blind man on a galloping horse would have known that that decision was going to catch up with them at some point.”

In the @trevorbirney / @Barry_TheDetail case, police tried to jail journalists, rather than those who murdered six people.

NI's most senior judges found against the PSNI in a case which cost the public £millions. Another apology but zero consequences for any senior officers. pic.twitter.com/IvhpxQiqfI

“That policy decision, that strategic decision that was taken had to be taken in context,” he said.  “What you would expect from the senior management team within the PSNI is for them to see these incidents in the round. A bit like when a phone call goes in to say there’s a gathering at the Lower Ormeau Road on the 29th anniversary of the bookies’ massacre and a senior officer doesn’t go, ‘stand back – stay away’.”

Mr Birney said that the PSNI management must be representative of all sections of the community to ensure proper scrutiny of policing decisions.

“You’ve got to ask yourself, is every facet of society represented at the senior management level of the PSNI?” he said. “That ensures that there are the checks and balances within that organisation so when some idiot at a conference table decides to give tickets out to Black Lives Matter protesters, or that they’re going to arrest journalists, or that they’re going to send a rifle from Ormeau Road bookies murders to the Imperial War Museum in London, that there isn’t some other voice at the table that says, ‘you’re going to do what?’”

Mr Byrne’s recent statement marked the third apology from a PSNI Chief Constable to the Sean Graham massacre victims.  His predecessor George Hamilton first issued and apology for handing over the rifle used in the attack to the Imperial War Museum when the investigation into the murders was still live. A second apology came from Mr Hamiltion after the PSNI held back documents relating to the attack from the Police Ombudsman, who was investigating allegations of collusion between the RUC, other state actors and the perpetrators.

Following recent events, Trevor Birney said that the only “proportionate” response was for Mr Byrne to resign.  “It’s not that I want to see the Chief Constable resign – I don’t want anybody to lose their job, and I want to see a stable society and a stable police force, but it seems that is the only proportionate way to say to those families that the police get it,” he stated.

Saturday’s apology is also the fourth time Mr Byrne has apologised for police actions since January of last year.  In a public ‘mea culpa’, he expressed regret over “offence” caused by a Christmas Day tweet that showed him posing for a photo with heavily armed police officers outside a PSNI station in Crossmaglen.