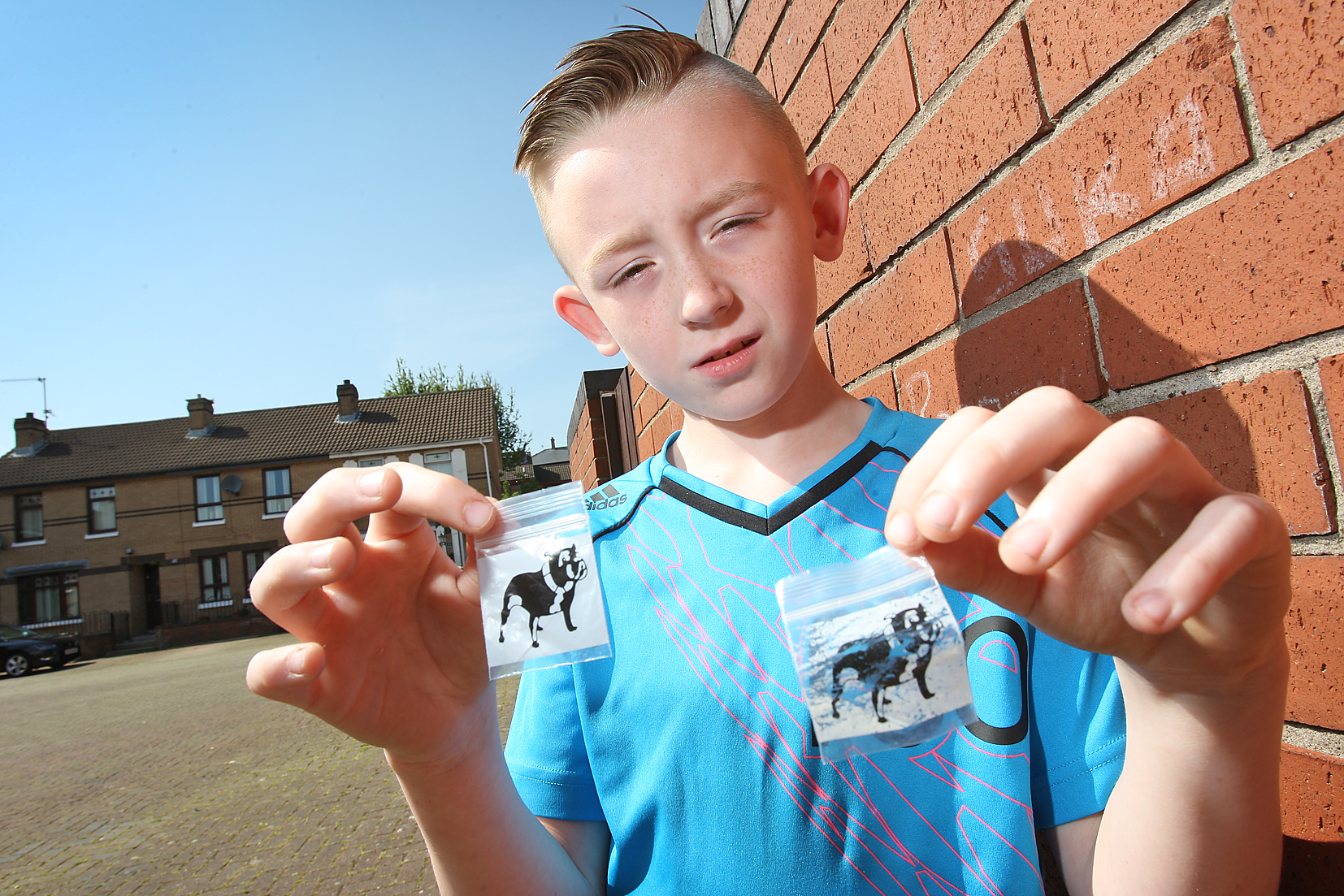 A MOTHER has described her horror after her eight-year-old son came across three bags of heroin while out playing with friends.

Pauline Moore’s son Stephen was playing in Spinner Square in the lower Falls when he and his friends came across a child’s alarm clock placed under a parked van.

Pauline said: “The kids spotted the pink One Direction alarm clock. One of the girls with them moved the clock in case the van drove over it, they then started kicking it up and down the street until the thing eventually bust open and three small bags fell out.

“They had no idea what was in the bags, they called a passing girl over and asked her what it was. She was completely taken aback and told the kids they weren’t to touch the bags.”

Pauline said the girl then lifted the bags and brought them to local community activists – who confirmed it was heroin – and disposed of them.

Pauline’s son Stephen said: “We started kicking the clock around and it broke open. Three bags fell out with pictures of guns on the front of them, I was too scared to tell my mummy because I thought it was something to do with guns and I know they are dangerous. We called a woman over and asked her what they were, she told us not to touch the bags they were very dangerous.”

Pauline said: “Then on Wednesday we found these two empty bags lying in the street, they look like they had drugs in them, it’s absolutely disgraceful. The thought of anything happening to him or the other kids he was with makes me feel sick to my stomach. They are all aged between 6-8 – it’s horrendous. What if one of those kids had have taken the drugs, it terrifies me to think about it, this place is getting worse.”

Pauline thanked the young woman who took the bags from the children.

“God knows what might have happened, I could have been burying my child.

“I think the drugs were planted there for someone to pick up, it’s shocking to think those drugs were hidden in a child’s clock and placed under a van.”