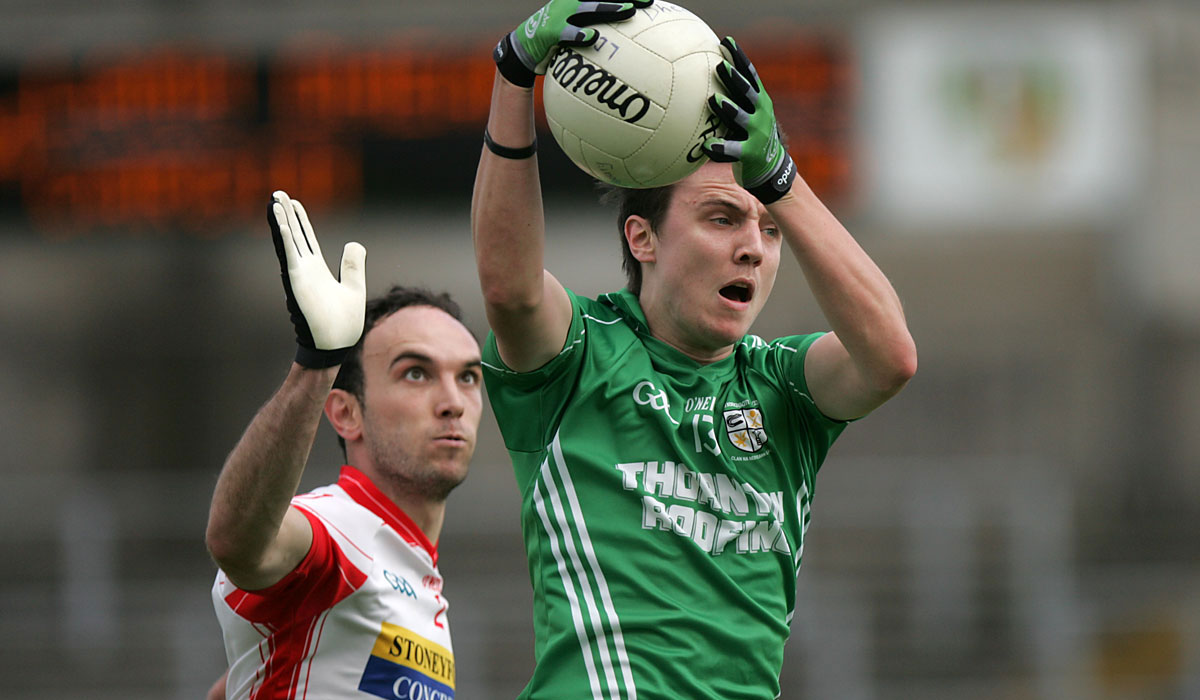 LÁMH DHEARG captain Cathal Kelly is hoping the experience of defeating Cargin can help propel his side into the county decider when they meet Creggan in Friday’s semi-final at Casement Park (8pm).

The Hannahstown club seemed destined for an early exit from this year’s competition when they trailed the Toome club by seven points with ten minutes to play in the last round, but a storming fight-back saw them overturn the deficit to emerge 3-8 to 1-11 winners.

That result has certainly boosted the confidence of a Red Hand’s side that will enter Friday’s game with hope they can set-up an all-Belfast final where St Gall’s or St Brigid’s will provide the opposition.

However, for this to happen, the Creggan hurdle must first be cleared and Kelly says the win over a fancied Erin’s Own team in the quarter-final has instilled belief they can prolong their campaign.

“We were behind in the second half but showed a lot of character and the work that we have done shone through,” said the solicitor.

“We are delighted to get that win because we would have been the underdogs.

“It’s always good to beat a team like Cargin who are one of the strongest teams in the county.

“We will take a certain amount of confidence from that but that won’t count for anything on Friday night.”

There is something special about games under the Casement Park floodlights and Kelly is hoping his teammates can rise to the occasion.

Having been training for such a contest since the turn of the year, he is hoping their display can reflect the work that has gone in this year.

“We have been having a good year and have been working hard coming into the Championship,” he added.

“We have upped our training and got ourselves into good condition.

“We are looking forward to it and will be glad to get onto the pitch and get the match started.”

Lámh Dhearg have a healthy blend of youth and experience with county stars Paddy Cunningham and Conor Murray backed-up with several of the players from the Ulster minor winning team.

The Hannahstown skipper paid tribute to the younger members of the squad and said they have fitted into the senior set-up with minimal fuss.

“We took a few of the minors through and a couple of them stepped up to senior which is a credit to them,” remarked the dual star.

“It is a big step up but they came into senior training and just started working hard and they are there on merit.

“They are great kids and bring a lot of experience from winning the (Ulster) minor Championship.”

Creggan advanced to this stage after struggling past St Paul’s (2-14 to 2-10) in the preliminary round before improving to ease past Ahoghill (1-10 to 0-4) in the quarter-final.

The sides have already met twice in league action this season with the score standing at one win apiece.

Therefore, Friday’s meeting is expected to be a close run affair and Kelly is anticipating a tough battle but hopes his club will be celebrating on Friday night.

“Creggan are a smashing team and are very strong. We know them well from playing them the last lot of years at senior football,” admitted the corner back.

“They have a lot of good forwards and they work hard so we know it’s going to be a tough game against them.

“It always is against them in the league and it will be no different on Friday night so hopefully we work hard and get the result.

“They have had a couple of good results and have two games under their belts so they will be confident.  It will be a good game and we are confident ourselves because we have done the hard work so hopefully we can get a result on Friday night.”