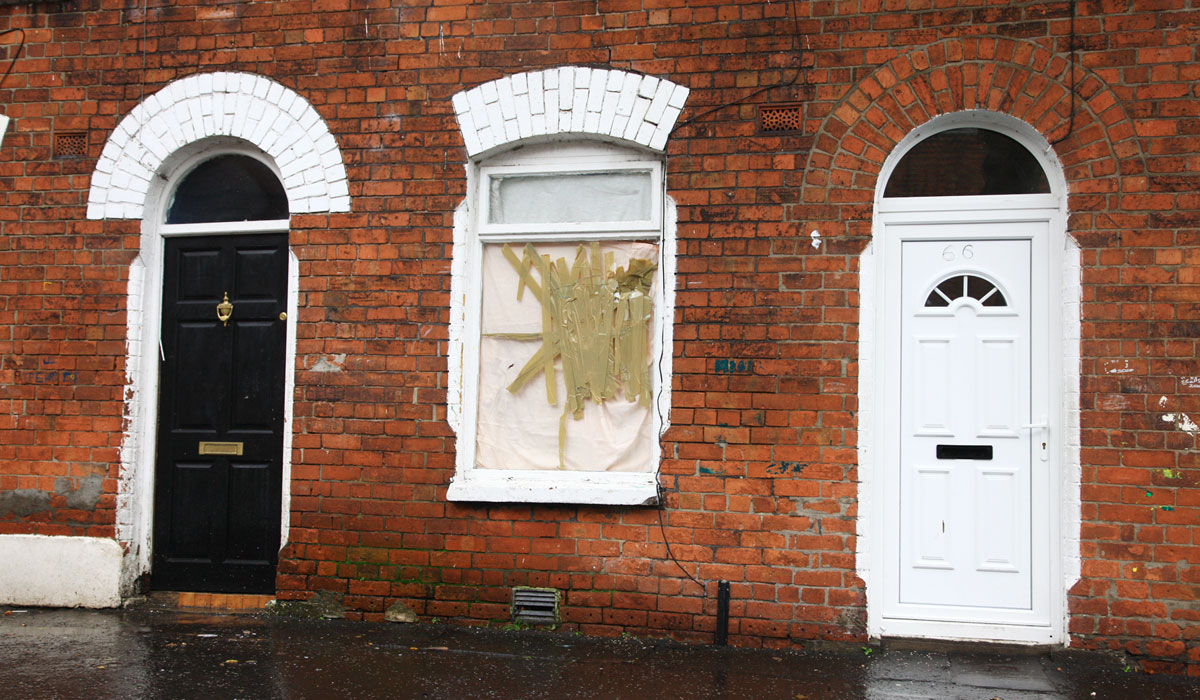 ROMA residents living in the streets off the Lower Ormeau are being subjected to racist abuse, intimidation and vandalism, they have claimed.

The South Belfast News spoke with Romanian migrants living in Balfour Avenue, where several properties house migrant families. One household with several children has been faced with acts of intimidation several times since moving in. One female householder, who did not wish to be named, spoke in faltering English, but was able to express the feeling of a minority of people towards the Roma immigrants.

“Many times myself and my family have been called ‘gypsy’ in the streets. We have had our windows smashed, items thrown and our front door kicked through. It’s frightening when it happens. We know it’s only some people doing this, but we have children here and it’s upsetting.”

In the same street, another Roma household bore the visible scars of a recent intimidation attack, with a smashed window looking on to the front of the road.

“They throw tins of drink at our windows, and you can see this damage because it has happened very recently,” the male resident explained.

“Like other houses, we have had people kick our front door open at night, and we have been called names. Many people here are friendly to us, but there are a few who want to cause us trouble.

“I don’t know anything about the claims that we are causing problems living here, as we are here to find jobs and work like everyone else.”

Local community worker Rosaleen Hughes, who lives close to the homes in question, said: “I condemn any such attacks. From my own experience, this community is very welcoming and diverse, but there are problems for some of the Roma in integrating fully. I would like to see local landlords take more responsibility in terms of how many people are living in these houses. I would prefer in some cases for residents to be cleaner and tidier.

“However, the vast majority of people here are not racist, and they would also condemn any attacks on property,” added Rosaleen.