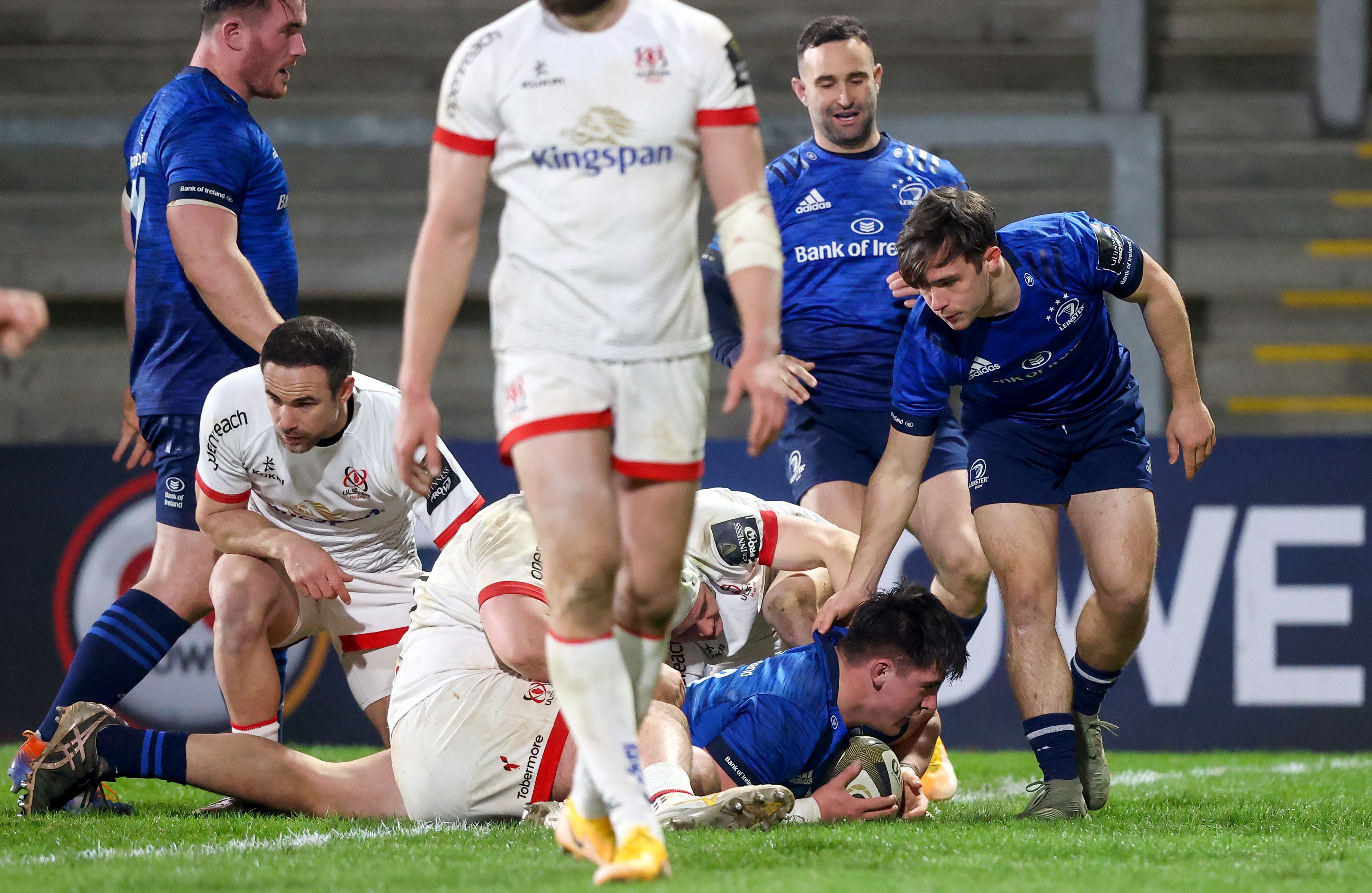 ULSTER'S head coach Dan McFarland said he was proud of his side's efforts despite falling to a 38-19 defeat at home to Leinster on Saturday.

The hosts would play the majority of the game with 14 players following the dismissal of Andrew Warwick in the first half for leading with his forearm. In fact, this temporarily left Ulster with 13 players on the field as Stuart McCloskey had already been sin-binned and this spell in the second quarter would see Leinster take charge after the hosts had got off to a dream start.

"It's disappointment, obviously, but pretty proud in the context of what happened in the game and the effort the lads put in," he said.

"We were obviously playing a very good side and some of the intensity in their play once we lost the man was pretty impressive. We stuck at it so I was proud of the effort there.

"It's obviously difficult today because I thought we could win this game but ultimately it is what it is."

An early penalty from Ross Byrne gave Leinster the lead, but after Devin Toner was shown yellow for a high challenge on Mike Lowry, Ulster grabbed the lead when Marcell Coetzee drove over with John Cooney adding the extras.

Just minutes later, an excellent flowing move saw Robert Baloucoune finish in the corner after some excellent with by Stuart McCloskey and John Andrew in the build-up to leave them 12-3 ahead.

Another yellow card for a Leinster player would follow as Jimmy O'Brien was found to have used his head on Ian Madigan in the build-up to the Baloucoune try, but the tide would soon turn.

Michael Bent surged over for a converted try after sustained pressure and three minutes later, McCloskey was in the sin bin with John van der Flier going over for another converted try that put Leinster ahead with Warwick then red-carded shortly after.

Down to 13, Ulster were really up against it in this period before the half and Leinster took advantage as Ed Byrne crossed for a score that helped them into a 24-12 lead at the break.

Ulster needed a huge momentum swing to get back into the game and thought they had it on 49 minutes when Baloucoune made a magnificent break at pace and crossed for the score only for it to be chalked off after a look at the replay for obstruction.

Leinster resumed on the attack and sealed the bonus point thanks to a Rhys Ruddock try that was converted by Byrne and while Ulster tried to respond, they were denied by excellent defence although Leinster had their third yellow card of the evening as Ruddock was binned for persistent Leinster infringements.

Ulster did get over for a score through Nick Timoney, but Leinster finished strong and after Cormac Izuchukwu was sin-binned, they sealed their win and place in the final as replacement hooker, Dan Sheehan touched down as the clock turned red.

"We will just look at what we did and see where we can get better," added McFarland.

"I've said I'm proud of the effort the guys put in, in the context of the game and and move forward.

"I always knew there was going to be a lot of effort in there and they'll be bitterly disappointed with the result but proud of the effort.

"It's great to see Rob Baloucoune out there scoring two tries, sorry, one try. He's looking electric and Stu Moore game on at the end there and was impressive as well, so a lot of those young fellas are doing really well."

With Leinster assured of their place in the final against Munster with two games to spare, it was a hugely satisfying evening for Leinster's head coach Leo Cullen who commended his players from recovering from a touch start.

"The attitude of the guys was great," he said.

"There is a strong unity in the group and it's always a tough to come up here. There was lots of action in the game but I thought the effort was pleasing and we got some good rewards off that.

"Ulster are dangerous and unfortunately when we were down to 13 or 14 men we were maybe a little over-ambitious in some rucks and Ulster pulled up apart pretty well in terms of putting some width in the game.

"We rode out the storm well and got ourselves back in the game."