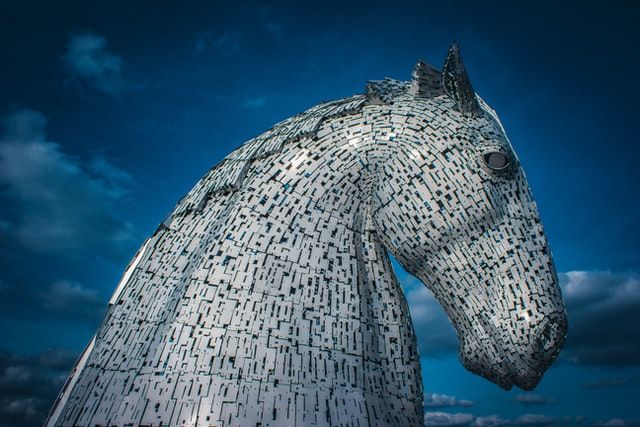 TRADITIONS UNDER THREAT: The famed Kelpie sea horse statues in Falkirk which depict the mythic horse which can take human shape Crawford Jolly on unsplash.com

Can you understand Scotland if you can’t understand the Scots language?

James Robertson doesn’t think so. He is perhaps Scotland’s best-known living literary novelist, famed and praised for capturing a breadth of different Scottish voices across time and place. And he can only do this because he speaks the mither leid, the mother tongue.

“I actually think that if somebody wishes to get to grips with the culture and history of Scotland they need to have some understanding and knowledge of Scots — the language,” he told The Times late last month. “It’s integral to everything that has happened over the past thousand years.

“In the same way I believe people should have some knowledge of Gaelic — not necessarily speak it fluently, but get to grips with it. My sense of the place I live in and the country I live in is greatly enhanced by the knowledge I have of its languages.”

Not everybody agreed with Robertson. Some, including the country’s highest profile historian, Tom Devine, even scoffed. English, after all, remains firmly the dominant and prestige dialect of Scotland, especially in writing.

This column is supposed to help folk across the Straits of Moyle - or the Sheuch, the trench, as we say in Scots - to follow what is happening in Scotland.

The good news is you don’t need to learn Scots or Gaelic to read on. But you probably should know that these languages quietly affect the Scottish politics of union and independence and the very future of the United Kingdom.  But not necessarily in an obvious way.

There is a whole internet conspiracy theory that the SNP are spending tens of millions of pounds putting up more signs in Gaelic. In fact, there is a cost-free rolling programme of replacing old signage under laws put in place before the SNP came in to power.

The facts on Scottish languages are pretty straightforward, if a little out of date. The last census, way back in 2011, showed nearly 99% of people living in Scotland could speak English but just 1.5m could speak Scots - though rather more understood the language.  There are far fewer speakers of Gaelic, just 57,000. There was only one area where Gaels were in a majority, Eileen Siar, the Western Isles.

Scots and Gaelic, like regional and minority languages across Europe, have long been in decline, though this has slowed in recent years. The Scottish Government has said it aims to stall this process altogether.

There is a lot of official consensus about this, crossing the constitutional lines of unionism versus nationalism. Politicians will rarely say out loud that they think minority speakers, taxpayers, should be denied services, such as schooling, in their own languages.

Current Gaelic legislation, for example, dates from 2005 when Scotland was ruled by a coalition of Labour and Liberal Democrats. The Scots Language Centre, the main focus on expertise in the tongue, was set up by the Tories before devolution.

That was at around the same time as Conservatives came up with the cheap and easy way to promote Gaelic: putting it on road signs. And it was Tony Blair’s Labour Government which formally ratified European Conventions recognising and protecting Scots and Gaelic - along with their respective linguistic cousins in Northern Ireland, Ulster-Scots and Irish.

Scots word of the day: WHIPMEGMORUM

Meaning: An altercation, usually as a result of politics

Yet Scotland’s minority languages - and their speakers - have nevertheless found themselves dragged in to constitutional politics on social media.

When former first minister Alex Salmond earlier this year launched a political party to rival the SNP he called it Alba, Scotland in Gaelic. Salmond, however, was unable to pronounce the word. Some Gaels accused him of “cultural appropriation”.

Here's a poyum, in Scots, about Scots. It's called 'I'm no havin' children' and it's for ma wee mammy. X pic.twitter.com/0EEtc8PUTm

Second, some online unionists have started treating Gaelic and Scots speakers as proxies for independence.

There is a whole internet conspiracy theory that the SNP are spending tens of millions of pounds putting up more signs in Gaelic. In fact, there is a cost-free rolling programme of replacing old signage under laws put in place before the SNP came in to power.

£28 million on Gaelic road signs/ police & ambulance
How many lives could have been saved??
You value a dead language more than you do Scottish people.

The old trope came up again this summer. Police Scotland, the national force, last month announced a consultation on its latest Gaelic plan, a document it has to draw up periodically under pre-SNP laws.  One of its main tasks was to audit language skills, discover how many of its officers speak Gaelic and how many of its post would be suitable for Gaelic speakers. How, it asked the public, could it improve communications with Gaels?

We'd like your feedback on Police Scotland's draft Gaelic Language Plan. Your views will enable us to build on our engagement with members of communities across Scotland who speak & have an interest in the Gaelic language.

Squad cars with Poileas Alba - Police Scotland - on them have triggered a certain section of vocal pro-UK activists. This mirrors hostility against minority languages embraced by law enforcement on the continent. But as with the signs, there is no real cost.

Scots - while spoken by far more people than Gaelic - can also spark strong opinions.  During the Covid pandemic a lot of Scots speakers started making short videos for social media. One, Spanish language student and poet Len Pennie, has amassed a huge following explaining Scots words and expressions to a mostly curious audience. Some people, however, have got very nasty. Galloway tweeted at her: “What’s wrong with you?”

None of this antagonism to Scots and Gaelic makes much political sense. The Western Isles, the area with the highest concentration of Gaelic speakers, backed the UK in the 2014 referendum. So too did the the big Scots-speaking heartlands of Aberdeenshire and Moray in the country’s North-East and the northern islands of Orkney and Shetland. Indeed, these are among the very few regions where pro-UK political parties can win first past the votes.

Mainstream unionists - such as Gaelic-speaking Conservative MSP Donald Cameron - have urged “unionist ultras” to calm down. The Conservatives made a point of campaigning in minority languages in May’s elections, including producing an election broadcast in Gaelic.

Most minority speakers can do without the Twitter politics. They have real enough issues. Gaels in particular fear that their language will lose its community status in those areas where it remains in a majority.  Scots speakers can still face discrimination, and the need to anglicise their speech in formal situations.

So far, however, the internet bile has not quite broken on to the mainstream political frontline. If it does, Scotland’s constitutional divide might end in a richt whipmegmorum, a big row. 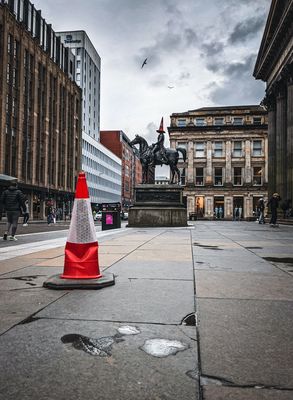 EMAIL FROM EDINBURGH: No laughing matter after Scottish council elections 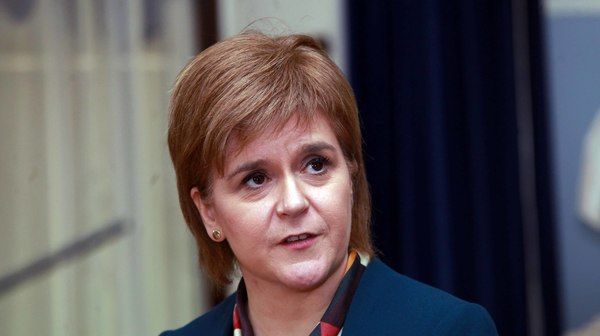 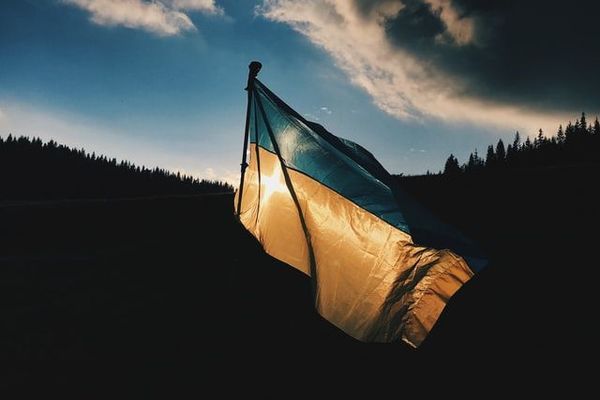