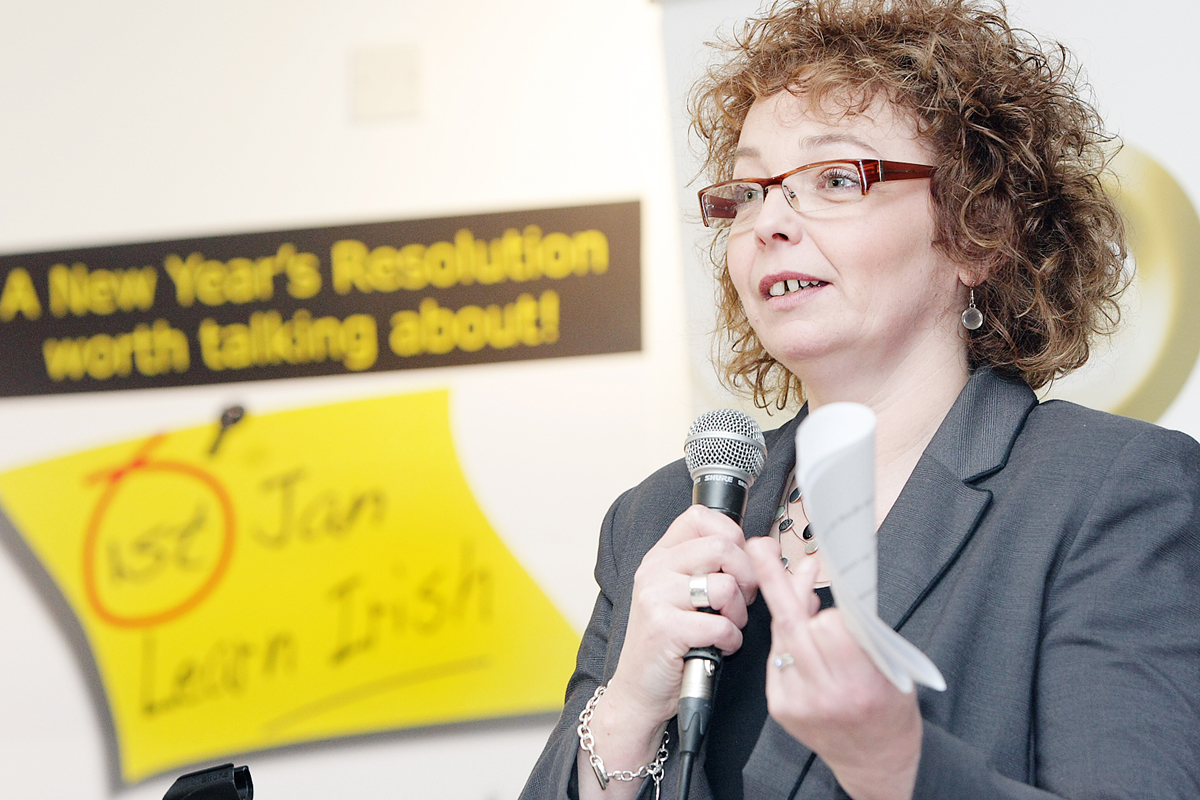 OVER 1,000 people have already signed up to learn Irish under the Líofa initiative – exceeding the target that was set for 2015.

Delighted Culture Minister Carál Ní Chuilín announced the news that more people are still signing up to become fluent in Irish by 2015 at a progress update at the Cultúrlann on Friday.

The Minister spoke of how she was currently taking Irish classes at various outlets across the city and how the Líofa project was a simple idea.  “There is no agenda about it,” she added. “We launched Líofa 2015 some weeks ago and our initial target was to encourage 1,000 people from all walks of life across the North to sign up to becoming fluent in Irish by 2015.

“The fact that we have exceeded our target in less than four months is a great milestone and demonstrates that Irish is indeed a shared language that can be enjoyed by everyone.”

“In the classes I’m taking it really is great craic. There are times when it can be difficult but our teachers don’t pull up a ladder behind them and leave you on your own – they bring you along with them and I’m hoping that people will make Líofa their New Year’s resolution.”

West Belfast MP Paul Maskey, who has signed up for the initiative, said people from a wide range of backgrounds are taking part in Líofa 2015. “We have Joe Brolly here at the Cultúrlann, Joe Mahon from Utv and people from across all our government departments are signing up to this great project.

“Reaching the target so soon after the launch shows the great interest throughout the community in the Irish language. It is also great to see such a wide range of people from different backgrounds sign up to learn,” he added.