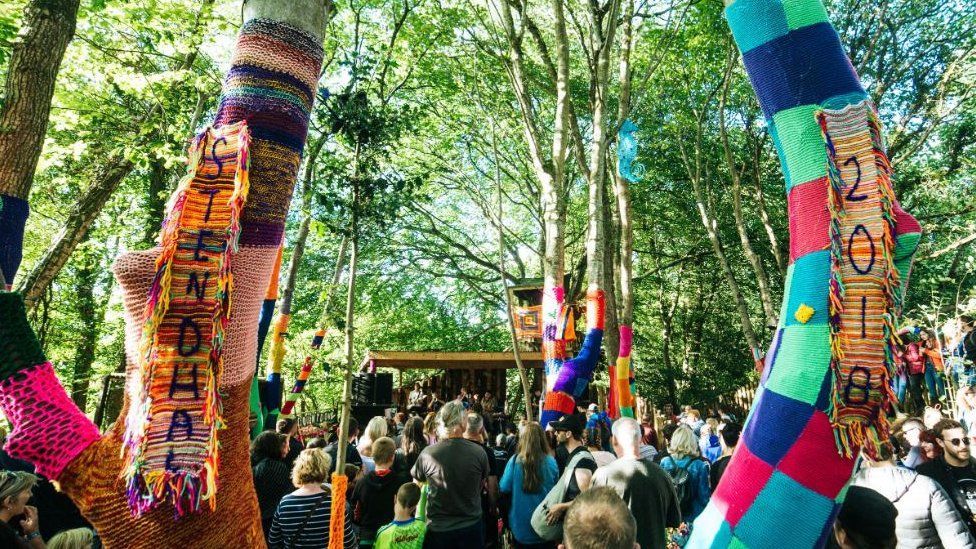 THE GREAT RETURN: The Stendhal Festival in Limavady could make a return in the summer

AS vaccines continue to roll out, eyes and minds within the music industry have already turned back to live entertainment, with an eye on a return to normalcy later in the year.

With most projections on indoor shows centred on an autumn/early winter return, the road map (if one can address it as such) laid out by the Assembly has gotten the gears of the festival machine well and truly turning.

In the north, Stendhal Festival in Limavady has long been a champion of Irish artists and crafts. An all-ages event that takes in anywhere between 15-18,000 patrons in its yearly celebrations, Stendhal has played home to some of Ireland’s top musical talent: Joshua Burnside, David Keenan, Hot House Flowers, SOAK and many others have cut their teeth on its main and supportive stages. And following the cancellations of last year’s event founder Ross Parkhill is keen to get back to business, maintain a confidence that events can return in some format this year.

Following announcements on vaccinations from the Assembly, the festival announced two separate dates, July 9th and 10th and August 12th-14th, with the hope in welcoming 6,000 to their grounds in the summer months. With the threat of Covid-19 looming still, Parkhill has maintained that strict guidelines will be kept and that the festival will be operating on much lower capacity. With its first line-up announcement incoming, the return of Stendhal will prove to be a huge turning point in Irish music and entertainment.

In the South, while vaccinations distribution has slowed to a crawl, further initiatives have been released for project-based work that concern live music. An estimated €50 million has been created to be injected via proposal into the Irish live industry throughout the duration of 2021, with over €25m made available to the Live Performance Support Scheme. This initiative will support sole traders and music businesses, provide capital fund for live stream recording facilities, support town and village organisations in the summer and support live performances that occur before or on September 30th 2021.

Award supports will also be made available for live entertainment businesses, local authorities, outdoor events and the St Patrick’s Festival. Minister For Culture Catherine Martin stated: “This range of measures will assist commercial venues, producers and promoters to do what they do best – make work for audiences – and provide a valuable asset to our society missing culture and entertainment.”

And thankfully Irish artists have continued charging ahead with new releases, ensuring that when events return that the stage output will be healthy. Take the debut album from Dublin producer Jamie Matthews aka Jimbo Jones ‘The Heat Death of My Hometown’.

Taking in the economic and spiritual total of Dáil Éireann/developers cultural war on his hometown, Jones encompasses the socio-political, rebellious notion of existing and creating in a scene under siege. At times nostalgic and gentle, and at other brash, heated and furious, the textured electronic arrangements in Jones’ work are nothing short of fantastic. With found and created sounds, plus snatches of street recordings interspersed within this largely instrumental album, its an equally stark and loving examination of a modern Dublin.

Returning to the North, another producer announced some happy news – SORBET, aka Chris Ryan, the acclaimed mind behind Robocobra Quartet, Newdad, Enola Gay and Just Mustard, has announced his debut album ‘This Was Paradise’.

Teaming up with German label Bureau B, SORBET accompanied this announcement with a new single featuring Irish singer Maija Sofia, titled ‘I Heard His Scythe’. A bland of contemporary pop, electronic and classical music, SORBET’s latest looks at mortality, inevitability and memory. For fans of Kate Bush, jazz and sipping chardonnay in the dark.

And as always, the spotlight falls on new releases this week that have stuck with me. The latest from producer Amerik features singer Little Rivers and is a delightful slice of ambient pop that took some of the weight out of my steps as I made my way to work. Also worth checking out the electrifying SPRINTS out of Dublin, who capture the ferocity of a mosh pit in their jagged, tightly wound new track ‘Swimming’.

And finally, Drogheda collective A92 release the murky ‘Repeat It’, which is as dangerous as it is catchy.