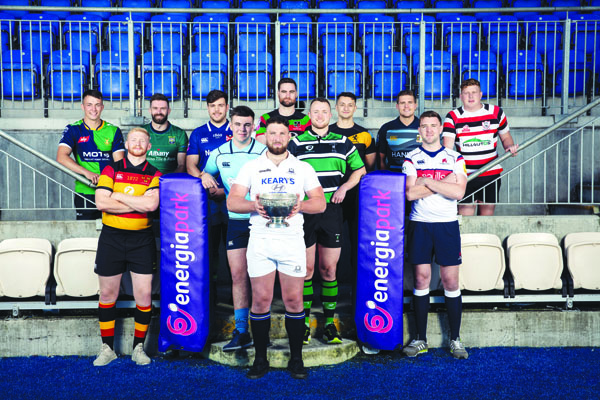 THERE was local success in the All-Ireland League Virtual Rugby Awards last week as Queen’s University and Malone RFC were celebrating success.

A new award on the night included the first ever ‘Club Scene’ Award presented by The Club Scene Podcast. This award was presented to Ballynahinch RFC in Down for creating a real sense of community throughout all levels of rugby from the mini’s all the way up the seniors, going to all lengths to welcome visiting clubs in and always bringing a strong support crew to any games around the country.

Alongside the rugby awards, fans were treated to a full line up of entertainment with host and Irish comedian Mario Rosenstock sharing his impersonations of Michael D Higgins, Ronan O’Gara and Rory Best.

Managing Director at Energia, Gary Ryan said: “Congratulations to all the winners and a huge thank you for all of you who tuned in at home to celebrate the 2019/20 season through the first Virtual Energia AIL Awards.

“Being our first season as title sponsor of the Energia All Ireland League we have been blown away by the pure passion and support of the game.

“With the introduction of the Energia AIL App and Club Scene Podcast we really want to help bring all that positivity together and further strengthen the league. We are looking forward to seeing all the players back on the field for what I’m sure will be another gripping Energia AIL season.”

Commenting on the Energia AIL Awards, Greg Barrett, Chairman of the IRFU Rugby Committee said: “On behalf of the IRFU, I would like to extend a hearty congratulations to the winner of each award, and my thanks to all at home who tuned in to this unique event.

“Furthermore, my thanks to Energia for their support and promotion of the Energia All Ireland League over the course of their first season as title sponsor.

“We look forward to continuing to work together over the coming years, and truly appreciate their efforts in delivering the Energia AIL Awards in these most unusual circumstances.”