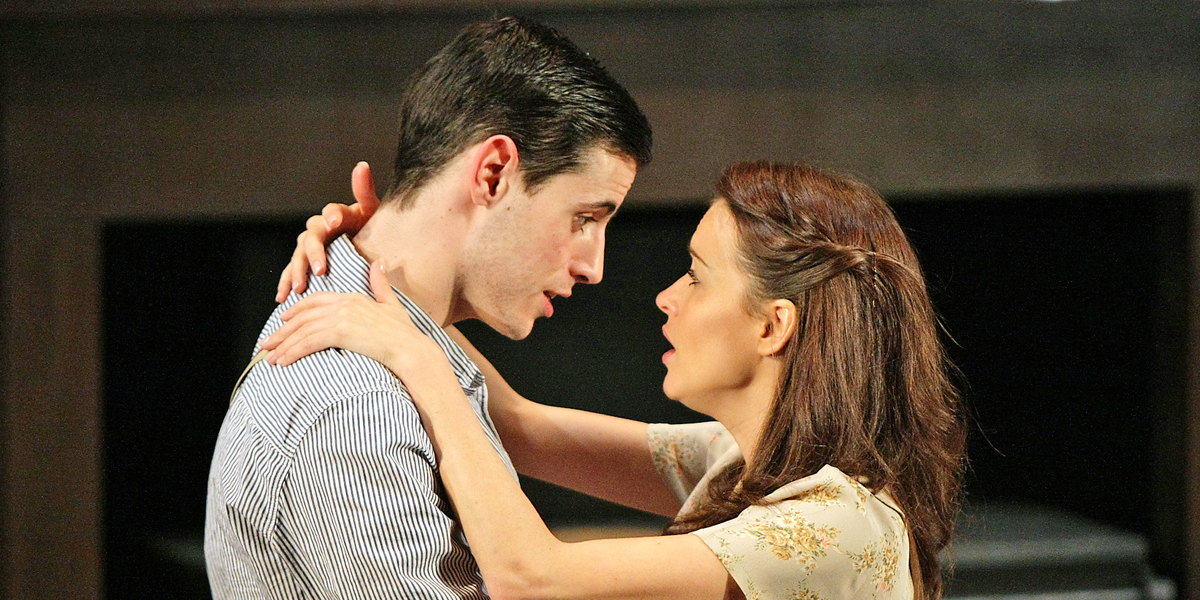 A play written 100 years ago about Belfast’s sectarian divide has opened at the Lyric Theatre at a time when the issue remains more prevalent than ever.

Mixed Marriage by St John Ervine kicks off the Lyric’s ‘Tales of the City’ season, celebrating the 400 years since Belfast received its charter as a town.

Set in pre-partition Ireland, Catholic and Protestant dock workers come out on strike to make a  stand for higher wages. John Rainey, the respected head of a Protestant family, acts to calm the sectarian tension being stirred up by politicians for their own ends. On the factory floor, Rainey rallies the workers together, but at home it is a different story when his son, Hugh, falls in love and announces he wants to marry Nora, a Catholic.

“Ma Rainey is a real protector of her family, she is a lioness and provider for her children, she is very very proud of her two sons but knows the dilemma faced when the eldest announces his intention of wanting to marry a Catholic,” said Katie.

“The character of Ma really acts as the glue of the piece, she is very fond of Nora and understands the gravity, the repercussions, of what will happen when her husband finds out the situation.”

Katie told the Andersonstown News how the topics dealt with in the production “just sing off the page”.

“The issues we are dealing with on stage are so relevant today, what has been going on in the country really sharply comes into focus. What St John was writing about all those years ago, well... it’s still living and breathing in 2013.”

No stranger to treading the boards, Gerard Jordan plays the role of left-wing Michael O’Hara who tries to prevent religious differences being exploited.

He told us: “Michael is a real socialist character, he is a working man trying to do his best to defend the working class. The pop stars of the day were the speakers of the day, people looked to the leaders of the unions to lead them, they were the big players.

“There are loads of elements and colours that resonate so powerfully from this play to today’s society and what we are dealing with in 2013. It’s such a powerful piece and a great choice for the Tales of the City showcase.

“It’s very much a real ensemble piece and we are constantly passing the ball throughout the performance.”

“Tom has a great relationship with his mother but not so much with his father,” he said. “He has never really been comfortable with him and it comes to a crux when he needs to stand up to him. Most of the time during the play he is just sitting, watching, taking it all in. It’s almost like no-one is listening to him when he is on stage but he has his points to make towards the end as the play reaches its climax.

“I’m always fascinated by how the past haunts the present,” said director Jimmy Fay. “A hundred years ago a lot happened to this island and we are still trying to come to terms with it. Mixed Marriages is like a play from a dream. It was written a century ago by a unionist for a nationalist theatre, the Abbey, with a Protestant family at its core – radical for the Dublin stage.

“It pleads for tolerance and an end to bigotry. But it dramatises the harsh sensuality of illicit love, a troubled marriage, religious intolerance, revolutionary ideology and a flaming riot, all with the vibrant juggling verve of a brilliant young playwright. I think it’s one of the great lost plays of Irish literary tradition.”