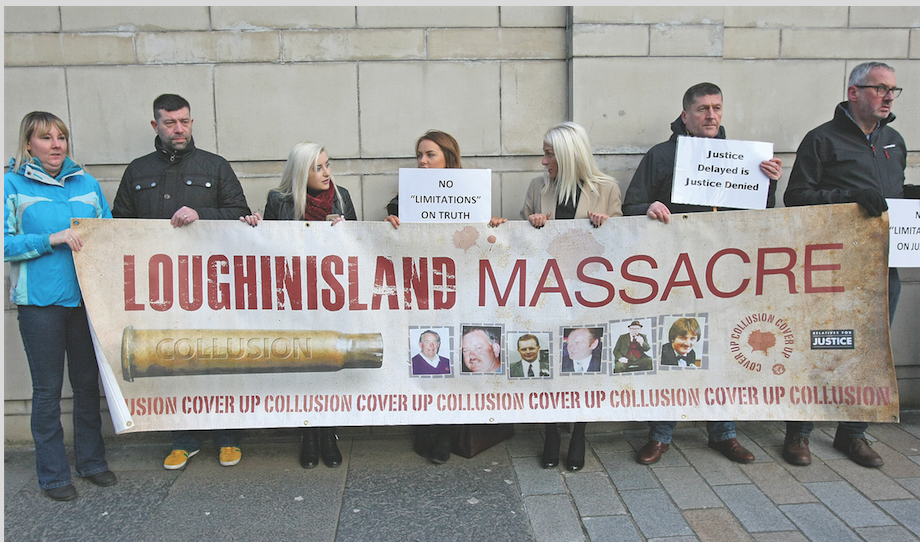 The Judge presiding over the infamous Loughinisland murders has been asked to step aside over a potential perception of bias.
Mr Justice McCloskey was due to reveal if he will quash a report into the killings. Legal representatives for the police ombudsman and families of the victims have lodged submissions requesting that the Judge withdraw because he had previously represented one of the officers in a different case.
Six Catholic men were shot dead in the attack by the UVF in June 1994 in a bar in the village as they watched a football match. Five others were wounded. No one has ever been convicted of the attack.
After a three-year investigation into the slaughter the NI Ombudsman produced a report reaching the conclusion that some Police officers had colluded with the loyalist terrorists who carried out the atrocity.
However last month Mr Justice McCloskey deemed the report as “unsustainable in law”.
The Northern Ireland Retired Police Officers’ Association, which represents 3,000 ex-RUC men and women, is calling for the findings of the report to be quashed.