Massacre film is set for screening 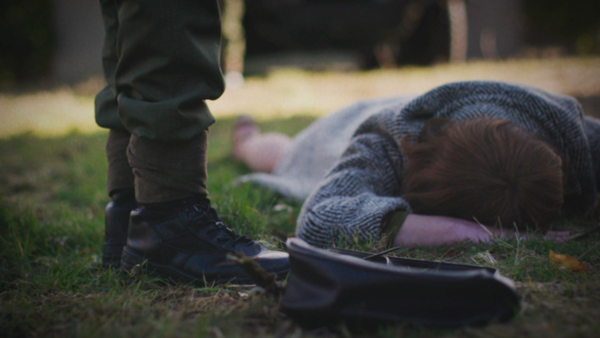 A NEW film looking at the events leading up to and including the Ballymurphy Massacre is set to have a preview screening in St Mary’s University College this week.

The Ballymurphy Precedent, directed by award-winning filmmaker Callum Macrae, tells the heartbreaking story of those three fateful days in Ballymurphy in August 1971 when 11 innocent Catholics lost their lives at the hands of the British Army Parachute Regiment, and the fight by their relatives and survivors to get justice.

Speaking exclusively to the Andersonstown News ahead of the August 1 screening, Director Callum Macrae, said: “I first heard of the Ballymurphy Massacre three years ago. I was in Belfast showing my last film No Fire Zone when I became aware of the massacre, and through West Belfast filmmaker Seán Murray I was introduced to the family members.

“The more I spoke to the people who were there at the time, including the survivors and the relatives, many of whom were then still children, the clearer it became that there was even more to this story than the tragedy of these appalling killings.

Describing his film Callum said: “I didn’t want this to be either a political polemic or simply an investigation of the facts. This is a very human story. It is about the experiences of the ordinary people and in particular the women of Ballymurphy as they lived through the early, traumatic, period of what was to become a 30 year war. It is the story of the bereaved families’ courage and their determination to get to the truth.

“But this story also calls into question the conventional history of the troubles and demands a re-examination of Britain’s role in the creation of 30 years of war in Northern Ireland. The truth about the killings in Ballymurphy leaves British claims that Bloody Sunday was an isolated incident looking completely implausible. It also, in my view, renders unsustainable the conclusion of the Bloody Sunday Inquiry that the British Government and Ministry of Defence could not be held responsible for those deaths in Derry, five months later.

Callum and his team spent quite some time in Ballymurphy hearing the victims’ individual stories told through their family members and sifting through hundreds of documents from the period.

Speaking about the family members he said: “In the whole process of putting this film together, the most overwhelming experience for me is the dignity of these family members.

“They are the most extraordinarily strong, dignified, decent people I’ve met. I have come to be good friends with them and I’ve come to like them very much. I’ve been constantly impressed by their courage, dignity and determination.”

The two-hour hard-hitting film includes highly emotional testimonies from family members, footage from the time as well as interviews from former soldiers.

To recreate the horrific events of 1971, Callum and his team at Outsider Television developed some unique visual devices to show reconstructions of the massacre.

He said: “The most difficult challenge of the film was describing the awful reality of the killings themselves. Unlike on Bloody Sunday, five months later, there were no cameras in Ballymurphy to record the shootings. Indeed that is partly why to this day so few people even know of the massacre – and also why the army’s official version of events, that the victims were armed, hard-core IRA members, has still never been officially challenged.

“So we had to create our own images to show what happened. We had to develop a way of showing this massacre in a way that did not sanitise it, that really conveyed the appalling, senseless violence of these deaths, but remained at the same time respectful, and devoid of gratuitous imagery.

“Equally important was the need to show what happened and where it happened, in an accurate way. To do this we developed a new and innovative technique using a combination of drone imagery, live action and a CGI recreation of the locality of the killings, based on maps, plans and photographs of the area from the time.”

Last month Callum invited 120 family members and friends to a private screening of The Ballymurphy Precedent in Corpus Christi Church in the heart of Ballymurphy for what was a highly emotional event.

He said: “That was quite a nerve-wrecking experience for me as a director. The families had trusted me with their stories and I therefore had an obligation to get it right. We had to be respectful of the dead and respectful of the feelings of the relatives and survivors.

“There is no doubt it was a very difficult film for the families to watch. There were many tears, but some laughter too. This was a portrait of a war in a small town and there were moments of humour even in those dark times.

“As the film came to an end, there was a pause and then everyone stood and gave the film a standing ovation. It was a very moving event – but I hope it was a significant one. The families and survivors are engaged on a search for truth and justice, which is painful, but vitally important. A search which could help remove a significant block on the road to truth and reconciliation in Northern Ireland. I hope the film will help in that search.

“As Breige Voyle, whose mother Joan was shot dead on the first day of the killings, says in the film: ‘The truth needs to be told. That is the only way that you can draw a line under the past. Tell the truth.”