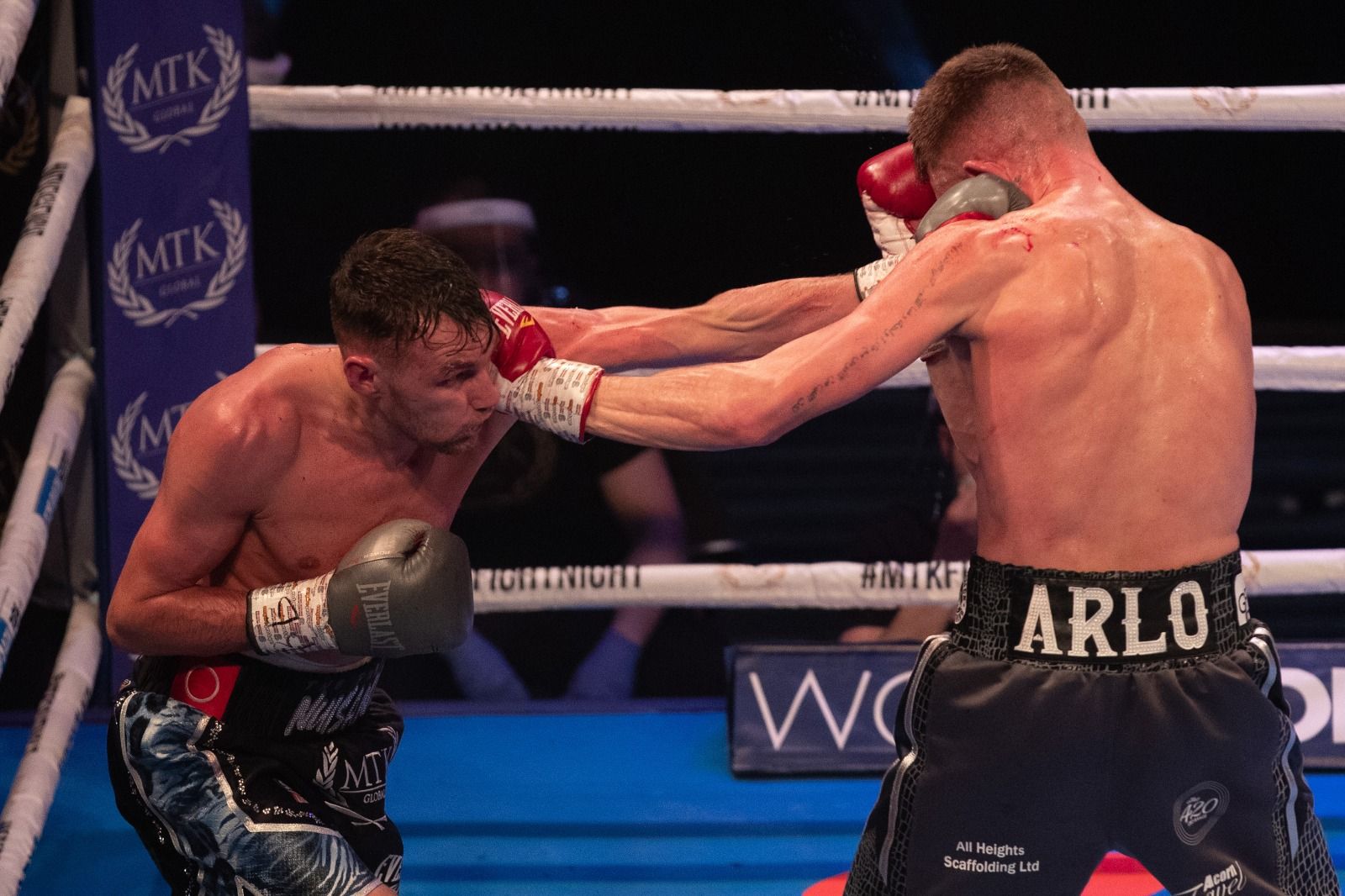 IT was not to be for Sean McComb in Bolton last night as his bid to claim the Commonwealth lightweight title ended in the seventh round against Gavin Gwynne.

The Turf Lodge man had dropped down from light-welterweight to campaign at 135lbs, but the gamble didn't pay off as Gwynne's relentlessness was to prove too much as the Welshman put title fight defeats to James Tennyson and Joe Cordina behind him to find a way.

This was one that slipped away from McComb from the fifth round after he had made a decent start and did produce the slicker boxing early, but was sucked into a fight on the inside that would suit the man from Merthyr Tydfil.

That led to a fascinating duel as the high pace was maintained throughout, but this approach would suit Gwynne who was in no mood to come up empty handed.

"I put so much into this camp and you could se in this fight I was just super fit," said the emotional 30-year-old Welshman after.

"Nobody was going to beat me in there tonight. That was me only in first gear. Tony (Borg, trainer) said not to go up a gear and wait until he would start tiring, but I didn't have to.

"I knew I couldn't stay on the back foot with him as we knew his was a class amateur, so I couldn't out-box him. I had to take it to him and take him out of his stride.

"Fair play to him, he stayed on his feet but I caught him at the end with a big right hand and he turned. I didn't know if he was turning to move around the right, but look, I just can't out it into words what this means to me."

As expected, Gwynne was on the front foot from the off, but McComb quickly settled with his movement helping him slip shots and his counter-punching was on point as he controlled the opener despite ending the round with a nick over his right eye from a head clash on the bell.

McComb again seemed in control for the majority of the second, but the first signs that the tide had turned came when Gwynne connected with a crunching right to the body that clearly hurt the Belfast man who was on the retreat for the remainder of the round.

Buoyed by this, the Welshman poured forward and made it his type of fight with the action at close quarters as McComb was drawn in and while he did get back to a safe range and counter on occasion, the tone had now been set.

It appeared McComb, now with a cut over his left, was back on track in the fourth, using his movement and counters to take the round, but Gwynne was on the front foot once again in the fifth as his relentless work-rate saw him land. He would strangely end the round with blood pouring from the back of the head following a clash and McComb seemed to take encouragement as he rallied, but this was now a battle of wills with both blasting to head and body.

Blood was pouring from both men as they continued to trade in the sixth. Gwynne was still marching forward despite having to walk through some meaty body shots, but finished the round in the ascendency with a late flurry as the pendulum swung decisively in his favour.

McComb was visibly tired with the pace and ferocity of Gwynne smothering him as the Welshman kept his foot on the gas. The Belfast man summoned one last effort as he unleashed hooks to the body, but this would prove his last stand as Gwynne took them and came back with a right that would ultimately see McComb turn away and this prompted referee Steve Gray to call a halt after 2.09 to take the title.

"Firstly gutted at my performance," McComb said on social media.

"Secondly I was enjoying a good tear up at that time! Finally, I caught myself on realised I've a child in the house while I was getting battered, it's not about me anymore."