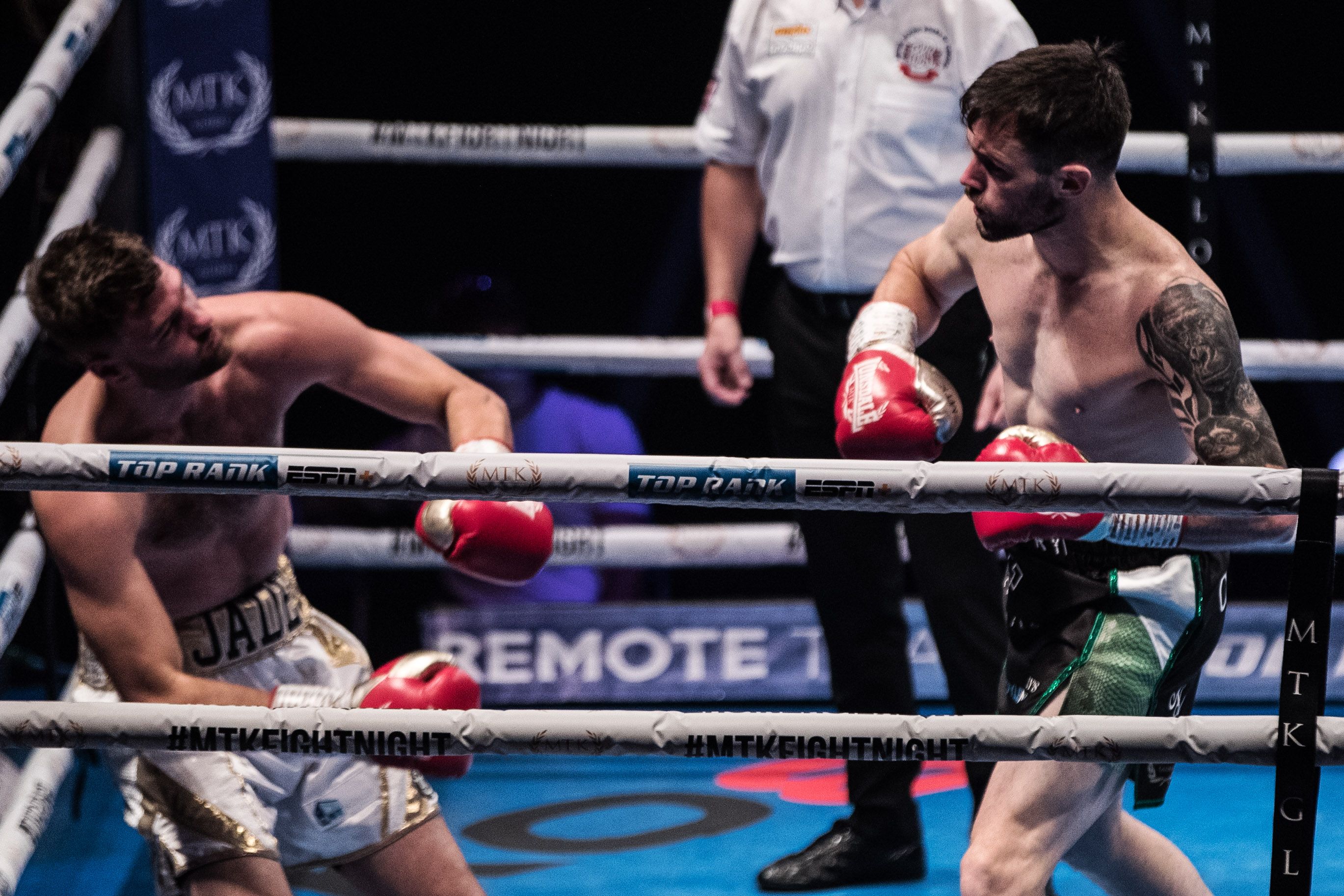 PADRAIG McCrory sent out a warning to his domestic super-middleweight rivals as he took just 70 seconds to blast through Mickey Ellison in Yorkshire last night.

The St James' man improved to 11-0 in a fight that on paper, appeared to be a major step-up against an opponent who was entering the ring in a rich vein of form.

However, the 32 year-old once again highlighted his phenomenal punching power to consign Ellison to a third career defeat in 15 contests and in the process, put his hand up for a title shot in the near future.

"I feel a bit bad for Mickey as he is a good guy and he came here to win, but it was good to get it done early," said the Belfast man, after.

"This was my first camp with Dee (Walsh) and Dan Anderson and I feel like I'm getting much fitter and stronger, and I think that showed tonight."

McCrory landed a hard, counter right early immediately it seemed Ellison was having difficulty with the power of the Belfast man. He timed another left to perfection, catching Ellison on the way in and the tone was set.

The Belfast man wasn't exactly gung-ho, as he did set up his power shots with a stiff jab downstairs to force his opponents hands to drop just enough to create the openings and another long right had the Blackburn man on unsteady legs. Sensing blood, McCrory went for the finish, sending a long, hard right through the guard that had Ellison down and in no position to continue with referee Mark Lyson waving the fight over.

This was his first fight working under the guidance of Walsh and Anderson, so there were similarities in approach to his stablemate Lewis Crocker who won his first title in the same ring last week, with McCrory joking he now has the bragging rights in the gym having finished his argument quicker.

But his ambitions are much bigger and based on this eye-catching display, it should propel McCrory onto bigger things. Even in this briefest of outings, he produced some intelligent boxing along with smart pressure and his trademark power.

"I have all belief in Jamie Conlan (manager) and the team," he insisted.

"Boxing is all about timing so I know I will get the right fight at the right time."

The 27-year-old Belgian - a former EU champion - drew against Dmytro Kucher for the title back in 2015 and has since picked up the IBF Inter-Continental title so is right at home at this level.

The West Belfast man is coming off a career-best win over Fabio Turchi when he claimed the WBC International title last October and will have huge ambitions of adding the famous blue belt to his collection against Laggoune later this year.