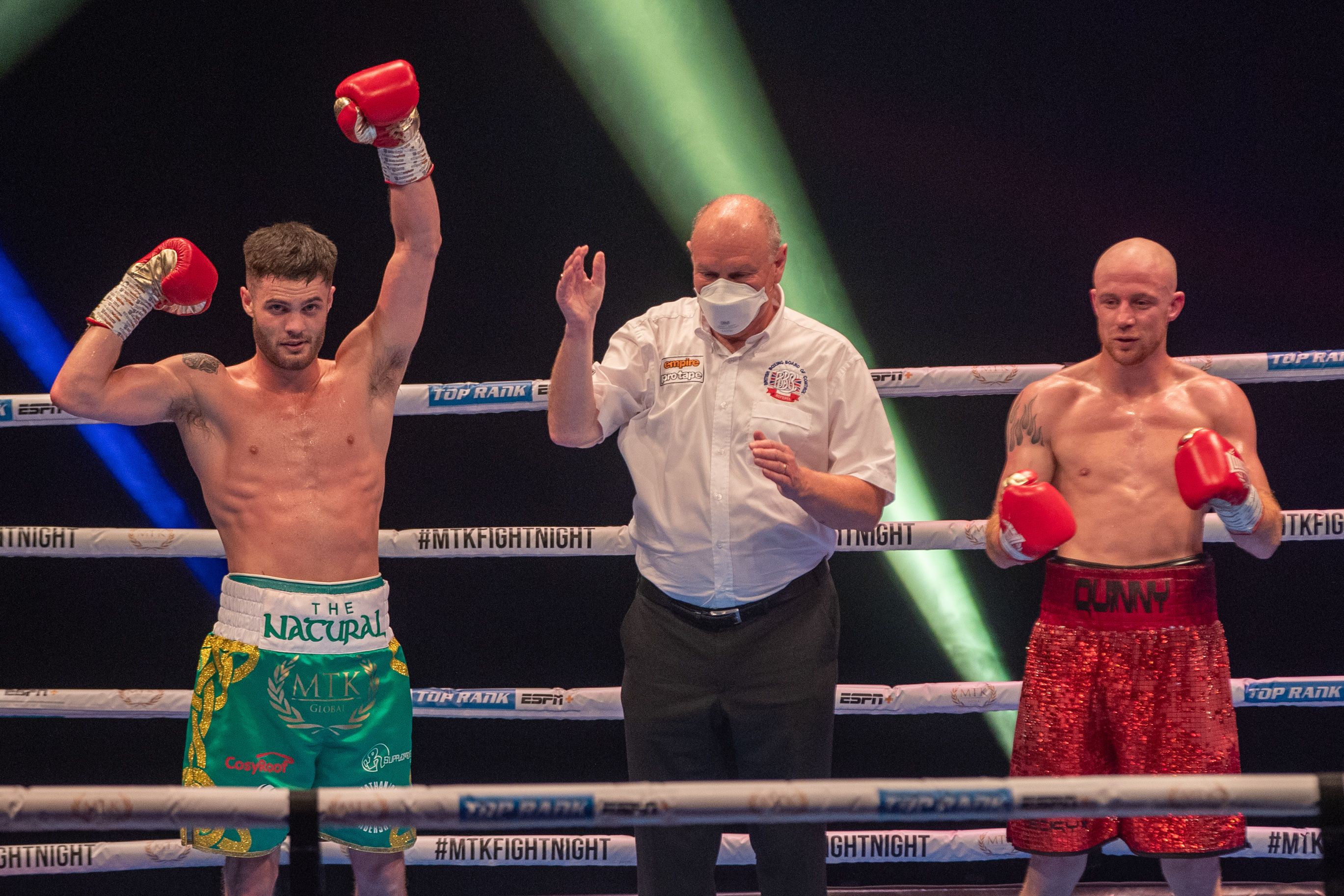 JAMES McGivern has been handed a boost as his second professional outing is confirmed for Wednesday's 'Golden Contract' card at the York Hall. The Lower Ormeau lightweight will face Jordan Ellison, hoping to build on an impressive debut against Jamie Quinn back in August when he went straight into a six-round contest after an impressive amateur career.

Danny Dignum vs. Gino Kanters has been called off due to a Dignum injury.

Initially, the card was to include a middleweight clash between Danny Dignum and Gino Kanters, but an injury to Dignum forced his withdrawal and 22-year-old McGivern was only too happy to step in and get another outing under his belt to round off the year.
"I'm buzzing to get another outing before Christmas," he confirmed.
"With COVID-19 going on nobody really knows what's happening and when we will get a chance to fight, so I’m just glad I get another opportunity to perform.
"In this game fights can happen at the drop of a hat. I remember talking to Jamie Conlan (manager) about my next fight the day after the debut and he said it could be around this time, so it was always in my mind and we stayed ready."
McGivern boxed well in his debut against Quinn and showed signs that he has already adapted to the professional style.
It was a strange start to this new chapter, but the former St George's amateur looked comfortable, boxing with patience and showcasing his skills, but he insists there is more to come.
"I thought my debut went well and I got to showcase some of my skills but not all of them, so I’m just looking forward to getting in as much as possible to show everyone how good I really I am," he added.
Promoter Lee Eaton said he was impressed with McGivern's victory in August and also his desire to get straight back to work and seize this opportunity to box again before the end of the year.
"It's great to have James McGivern back in action on next week's Golden Contract card," he said.
"We're grateful that he's jumped at the chance to be on this card on just a week's notice, and it shows that fighters should always stay ready for their opportunities.
"McGivern made a very impressive debut in August and we're excited to see him return."