McGivern set to take first steps on a new path 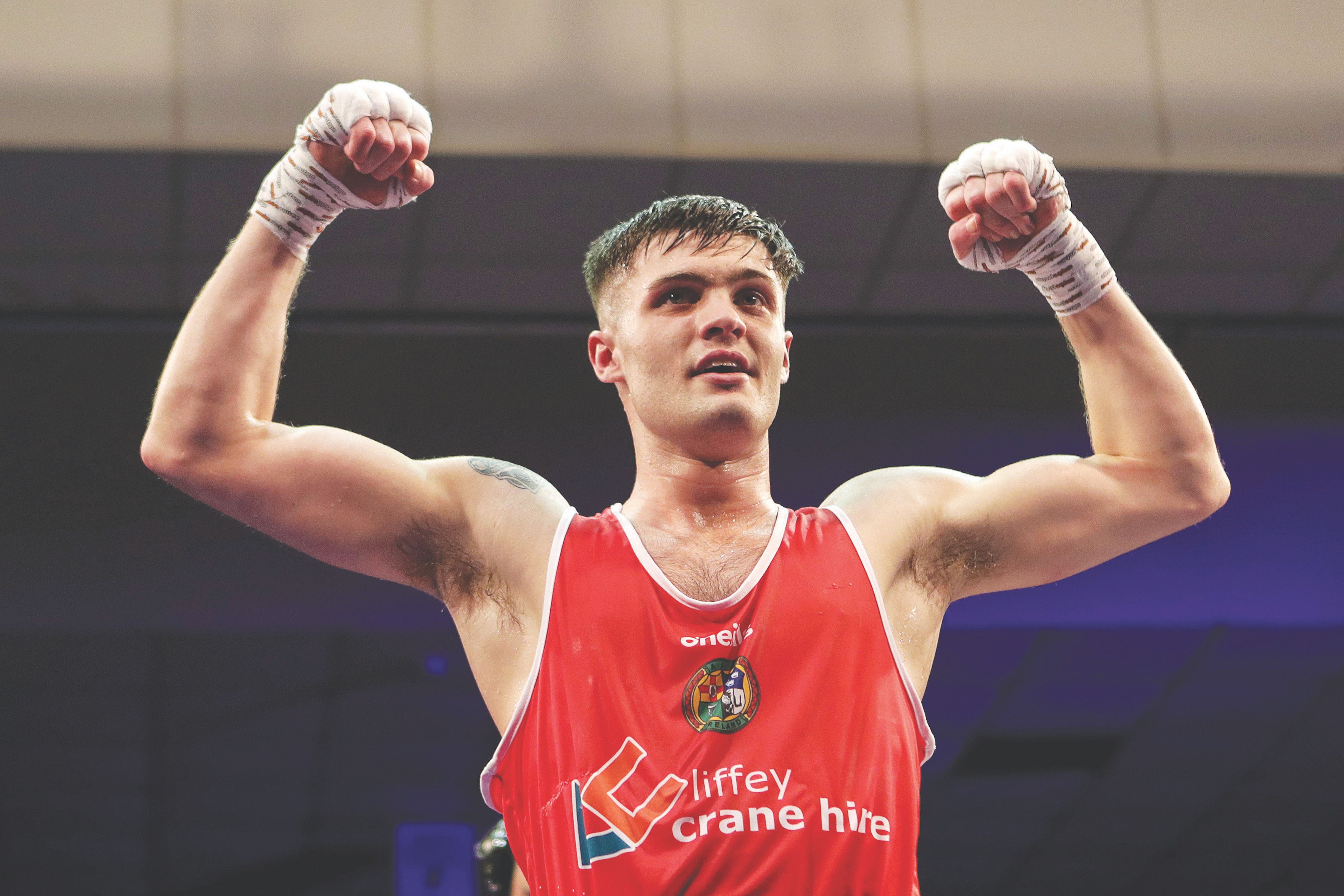 James McGivern was an amateur standout, but has ditched boxing in the vest and will instead set down the path of life as a pro

SCROLL back a couple of years and James McGivern was being touted as a big prospect to be a leading light for Ireland at the Tokyo Olympics.

Whilst the Games have been pushed back to 2021, the Lower Ormeau southpaw had long decided on another career path, not just ditching the vest, but the gloves and gum shield altogether.

Following his last 16 elimination at the 2019 European Games, McGivern was at a low ebb, battling depression and had lost his hunger for the game. But a throwaway text messaged prompted a change of heart and suddenly, the popular former Commonwealth Games' bronze medallist who also took gold at the Commonwealth Youth Games is gearing up for his professional debut on Wednesday night (live on YouTube) against Jay Carney in Wakefield on the latest instalment of the MTK Fight Night series.

McGivern was actually meant to make his professional bow at the Ulster Hall in April, but the lockdown of sports put paid to that so he has had to wait a little longer than expected, but a recent social media post showed the former St George's amateur, who will initially campaign at super-featherweight, looking in fine fettle.

“I stopped boxing altogether,” said McGivern who is mixing his training with work as a plumber at present.

“After Belarus at the European Games, I went through a bit of a rough patch and just thought I'd had enough of it and I was suffering from depression.

“I had no intention of coming back at all but I just felt there was something missing in my day-to-day life.

“One day I was sitting in the house and got a text saying from ‘Danso’ (Boyle) saying why don't I go pro, that I was too good of a talent to stop now. I thought it was a throwaway comment and thought nothing more of it, but I looked at it again and thought: 'maybe I could do that', so it snowballed and now we were here.”

After his last win at the Ulster Elites in 2018, McGivern showed he could mix his silky boxing with the ability to stand and fight - traits that will serve him well in the paid ranks.

He admits it will take a time to adjust to the slower professional style of planting his feet and sinking in power shots, and with his debut being contested over six rounds, says it may be something of a baptism of fire.

“I can do a bit of both (boxing and fighting),” he confirmed.

“I'll be holding my feet a bit more in sparring when everyone knows me as being up on my feet and dancing about the place like Billy Elliott.

“Now, I've settled it right down because my first fight will be over six rounds. It will be unknown territory for me so I have no idea what is going to happen after three rounds.

“So I'm just working on planting my feet and landing heavy shots, so we'll see where that takes me.”

Had he stayed on for the Olympics and made the podium, his profile would of course been greater heading into the professional arena, but hopes to emulate the rapid rise of his team captain at the 2018 Commonwealth Games

“I'm starting at a decent position, maybe not as well as I could have been if I went to Tokyo,” he acknowledged.

“But I'm in a good spot. I look at Sean McComb and think that's the path I think I can go down, but Sean is already massive and will probably fight for a title next. I don't know where I will be in my 10th fight.”

A professional debut is always one to be savoured as it usually involves a huge support there to witness the first steps on a new journey with ring walks, a flashy new fight kit and all the razzmatazz that accompanies the professional code.

McGivern won't get the chance to experience that in the same way given boxing is behind closed doors for now, but he says it is not something that he is especially concerned about.

“I boxed in Russia before in a small hall and there was nobody there,” he noted.

“I'm used to not having a big crowd there so it won't affect me at all and anyway, once the bell guest doesn't matter if thee is one person or one million - I'm there to do a job.

“I'm not a ring-walker, I'm a professional boxer and as much as all of that is part of the show, I'm there to fight.”

And fight he will. Harris is not the typical debut opponent as he will come to the ring with a winning record, although lost his last three with Feargal McCrory one of those opponents.

Fighting over six rounds for the first time will also be a challenge, but McGivern takes comfort from what he has done in the gym and sparring sessions against some leading lights in the sport.

“He has a winning record, more experience than I have regardless of ability, so I will have to be on my 'A Game' and just try to figure out what's going to happen in the first couple of seconds,” he said.

“You just have to jump in at the deep end. I've sparred six rounds before no problem and sparred with Michael Conlan who is soon to be a world champion, so I know I can do that although sparing and fighting is totally different. It's unchartered territory for me and after three rounds, I'm in no-man's land.”

There are no big predictions of where he thinks he will be over the first 12 months of his career.

For now, McGivern just wants to enjoy boxing again and try to build a profile that will catapult his names into the conversations of fans outside of those who are well aware of his talents from his amateur days.

Against Carney, it is about learning what's required as a pro and he hopes to deliver a solid performance.

“I just want to get my name out there,” he added.

“I suppose from the amateur carer the name is somewhat out there in Ireland, but across in England, Scotland, Wales or even America - nobody has a baldy who I am in the boxing world.

“I'm hoping I can put on performance and raise a few eyebrows for people who might sit up and thing I could be a contender.

“But I just want to enjoy my career. Now, I'm not thinking about titles, just about enjoying my boxing again.”