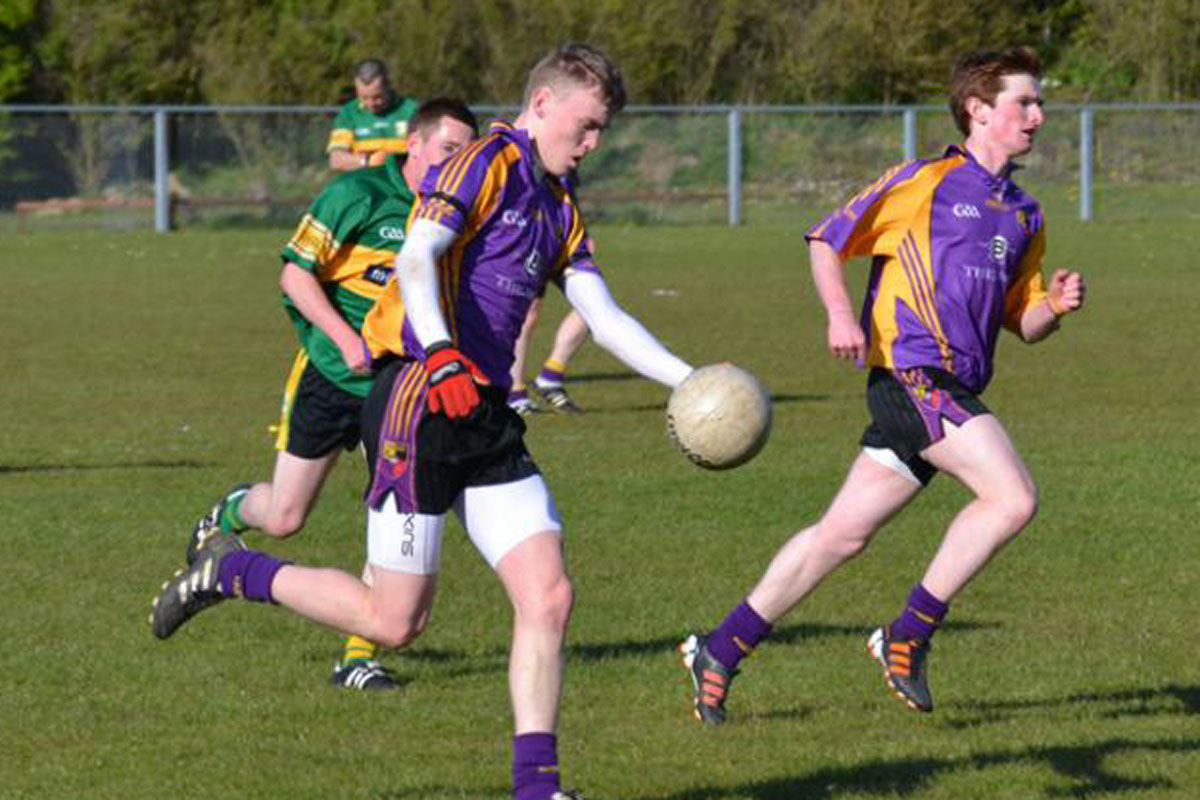 Carryduff ladies got off to a very slow start and an excellent save by goalkeeper Susie Baxter kept them in touch as Bryansford notched up three points from play in the opening 12 minutes.

Bryansford should have had more to show for their efforts with the strong breeze at their backs but kicked three wides in this period.

In a very lacklustre first half, Carryduff were only to mount one further challenge which saw Megan Doherty kick wide. Bryansford finished the half strongly with two further points while a well finished goal from their industrious right full forward left them with a commanding six-point advantage at the break: Carryduff 1-01 Bryansford 1-07.

Alec McGoran shepherded his charges into the changing room at half time and a more determined Carryduff side came out for the second half.

Despite Bryansford opening the half well, and claiming the first score from a converted free in the second minute, it was the only score they were to register in the half.

Despite having the advantage of a strong first half breeze Carryduff failed to capitalise on the advantage it offered and allowed Bryansford to peg off a few points from play in the opening minutes of the game that were to prove crucial.

A fine save from Quinn kept Carryduff ahead, his save deflecting over the crossbar for Bryansford’s second point.

Getting a steady supply of ball Ciaran Conway managed to kick five points in the first quarter but the home side seemed to live on their luck as Bryansford continued to win most of the breaking ball around the midfield sector and, despite trailing by three points, seemed more purposeful in their approach to the game.

A 15th minute point brought them within two of Carryduff before McConville pointed to put three between the sides. That advantage disappeared when Bryansford goaled in the 17th minute.

A further point from play and a second goal from the penalty spot in the 26th minute left them with a three-point advantage: Carryduff 0-06 Bryansford  2-3.

Playing the second half with the strong breeze to their backs, Bryansford extended their advantage by converting two frees in the first ten minutes.

Ciaran Conway’s 40th minute goal brought some hope to the Carryduff cause, leaving only two points between the sides.

However, playing the long, direct ball with the assistance of the breeze, Bryansford soon added a further three points without reply  and a third goal seven minutes from the final whistle gave them a comfortable seven-point advantage.

All patrons and supporters who attended the event, sponsored by Sentel, thoroughly enjoyed the evening.

Our thanks to all the competitors, sponsors, well-wishers and supporters – those of you who voted so fiercely for all the competitors - and especially to the organising committee and volunteers who helped make the event such a resounding success.

Best wishes from everyone in the club to competitor Kieron Moore who was unable to participate – we wish him well for a speedy recovery and hope to see him tread the boards in the not too distant future with Ailish.