McLaughlin: Ports will be no pushovers 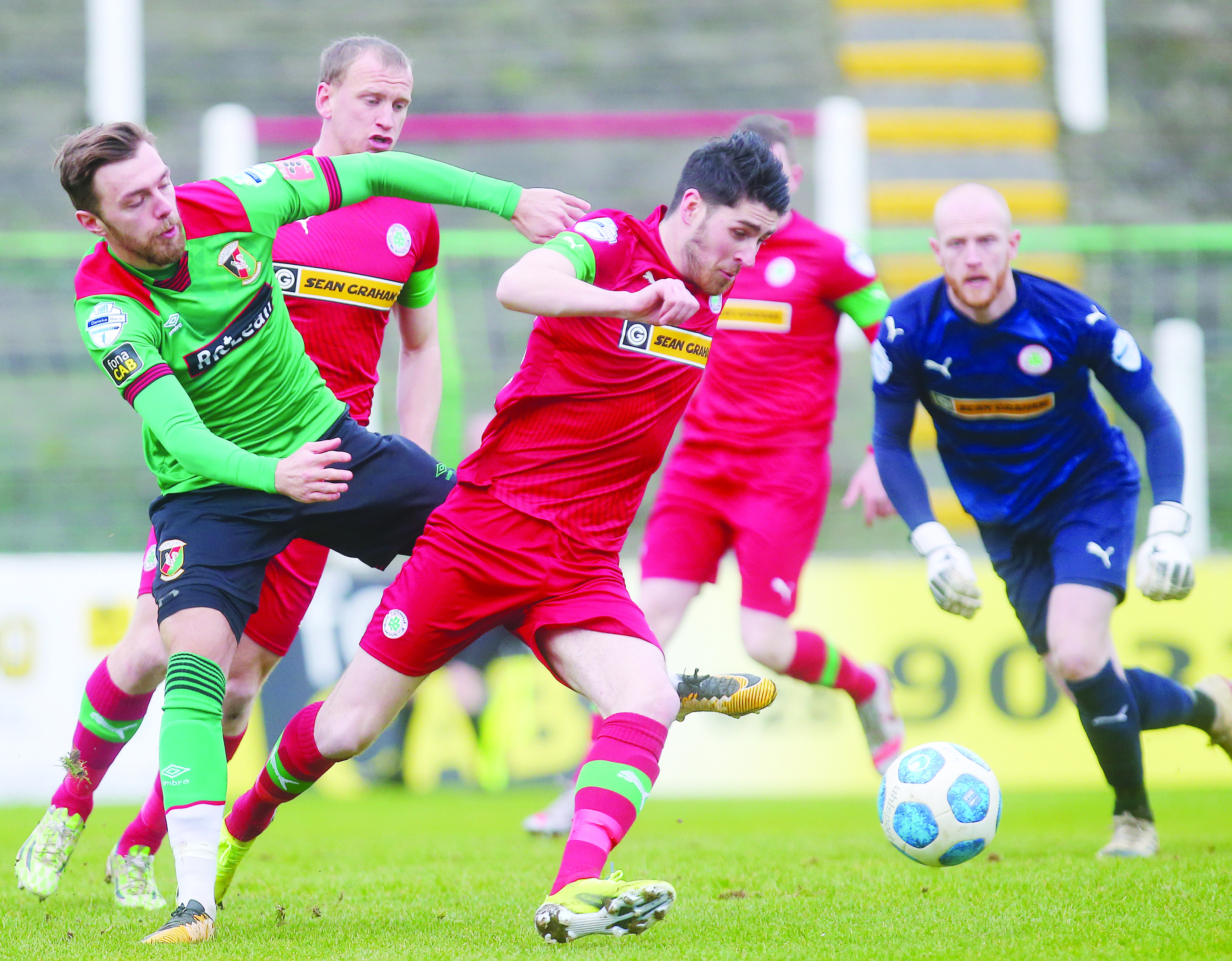 CLIFTONVILLE manager Paddy McLaughlin feels that Portadown have knuckled down in recent weeks and predicts they will provide his side with another stiff test.

The Reds travel to Shamrock Park on Saturday (3pm kick-off) looking to secure back-to-back victories in the league for just the second time in this campaign but face a Portadown side who claimed draws against Crusaders, Coleraine and Larne in recent weeks.

McLaughlin is hoping his side can carry some confidence into Saturday's encounter after a 3-0 win over Warrenpoint on Tuesday and praised the recent performances of Paul O’Neill and Kris Lowe.

“It’s brilliant for the league and it’s good to see these results happen every week,” said McLaughlin.

“There is never one shock in a blue moon, you can almost call the shocks every other week. You don’t see results like that coming and fair play to Portadown, they’ve really knuckled down over the last few weeks and got some good points on the board.

“It’s going to be a tough game for us going there, but on the back of Tuesday’s performance - three goals and a clean sheet - we look forward to it.

“Paul O’Neill’s performances have been excellent since he’s came here but you have to mention Kris Lowe. I thought he was immense, and he’s been immense since he’s come in.

🎥 Supporters are alerted to live streaming information for Saturday's game.

McLaughlin was pleased with Tuesday night’s victory but felt his players stood up to the physical challenge that Warrenpoint provided.

“The score line wasn’t as comfortable as it (game) was,” he reflected.

“You look at Warrenpoint’s results over the last couple of games, getting a point at Larne, which nobody would have fancied but they’ve gone there and fully deserved their point. It’s a tough place to go and there’s not many teams come away with much at Larne.

The Reds boss was full of praise for the response from the weekend’s set-back against Glentoran and feels a partnership is brewing in attack between Paul O’Neill and Ryan Curran.

“Coming away from Saturday we could have been feeling down and our luck was against us but the boys were bouncing in the door tonight,” revealed McLaughlin.

“On Monday night in training they were fresh coming in and they dusted themselves down from the weekend and they couldn’t wait to get back on the pitch again and play. They showed that in the second goal, there was some brilliant movement and passing.

“Paul O’Neill up top has been excellent for us - that’s two goals in three games and him and Currany are building up a bit of a partnership. It’s good for us long term because the two of them work their socks off for the team and they complement each other really well. The signs are good so far for us.”

McLaughlin will be without the services of Jamie Harney for Saturday’s clash with Portadown after the centre-half was dismissed in the aftermath of a challenge on Chris Curran in Tuesday night’s game.

“The referee saw it differently and Harney got involved in something that he didn’t really need to get involved in. Harney has been our captain over the last couple of weeks when Chris has been injured and he feels as if he has to protect his players, and rightly so. You expect a senior player to protect his captain whenever somebody has deliberately gone in and taken him out of the game.

“I can understand him going in and remonstrating but I don’t think it is two reds, definitely not. I think Wallace is a booking and Harney for getting involved in an argument that he didn’t need to get involved in is also a booking - it’s not two straight reds. We try and keep players on the pitch, we’re not here to get players sent us for and against. It doesn’t matter if it is for us or against us. We’re not here to see young men getting sent off the pitch and take them out of matches.

“Hopefully, the referee will look back on it and see it as two bookings, but I don’t know if the league does anything about that. They probably just accept it and tell us to get on with it, but it would be disappointing to see two young players miss three games for something so needless.

“We’re starved now of two quality centre-halves because of decisions that have gone against us.

“Sometimes there are mistakes, but if the referee sees it differently afterwards, I don’t know if it will change anything, but we’ll have to go to Saturday down two key players.
“We’ve got a good enough squad full of young talent coming through and if one steps out then one will be more than capable of stepping back in.”