Medical staff sick of the cuts 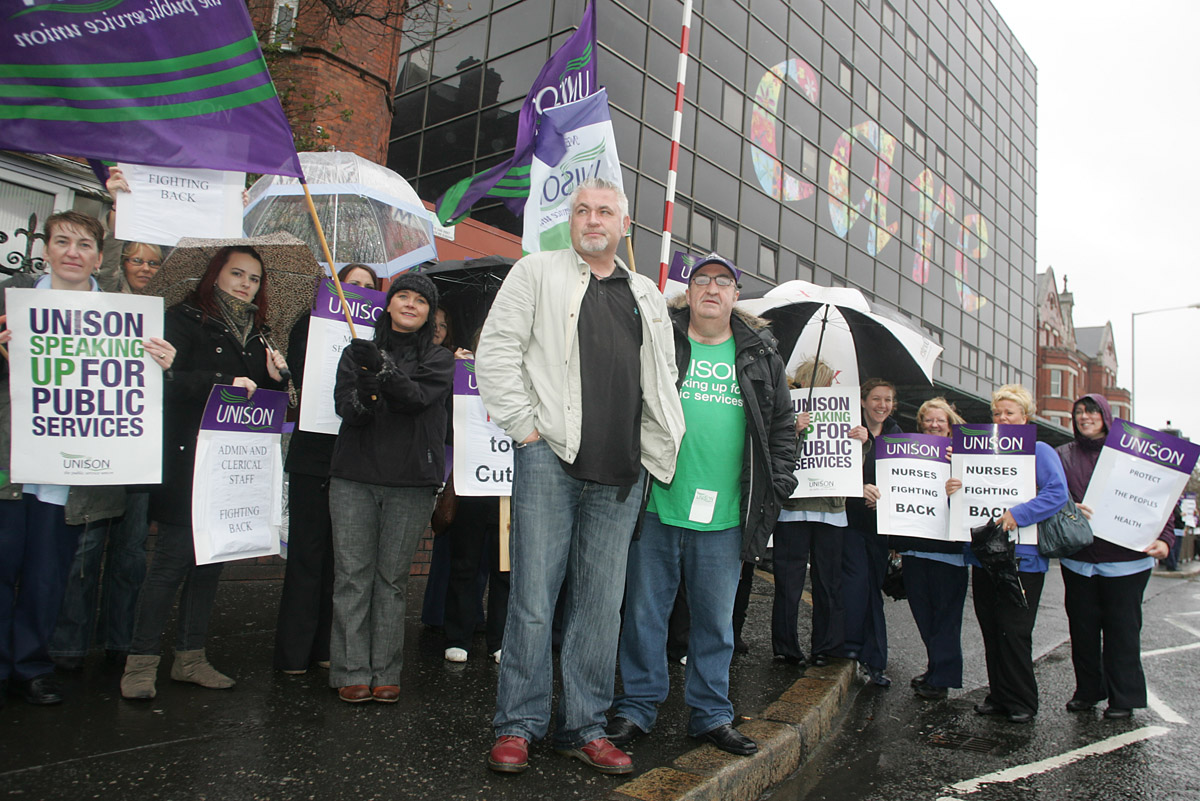 An accident and emergency nurse at North Belfast’s Mater Hospital said nurses in the casualty unit are so overstretched they are coming to him in tears about their workload.

Eoin Stewart, the Unison steward at the Crumlin Road hospital, was speaking to the North Belfast News as thousands of health and education workers joined picket lines across the north in a 24-hour strike to protest against budget cuts yesterday.

The education budget is facing a shortfall of £300 million over four years, whilst health is facing cuts of £2.3 billion.

Mr Stewart, who has been an emergency nurse for the past 20 years, said budget cuts are already having serious consequences for staff and patients at the hospital adding if any more cuts are made lives could be lost. The last four years coming through the Comprehensive Spending Review and the Review of Public Administration have been tough and has seen the NHS nurses suffer,” he said.

“The services in the hospital have been stripped. When a nurse leaves they are not replaced, everyone else has to cover the work.

“Day to day nurses are coming and crying that they can’t do their work properly because they are so short staffed, they are worried they could be struck off if they do something wrong because they are so over worked. They don’t get tea breaks, they don’t finish their shift when they are meant to and it is not just A&E it is everywhere in the hospital.

“Lives are going to be lost if the situation gets any worse.”

The union rep said if further cuts to the hospital are made it will be the people of North Belfast who will miss out.

“There are proposals to strip the Mater of gynae, emergency surgery and strip them of mental health care. North Belfast is one of the most deprived areas of Europe. The people here deserve the best care available.”