EXCLUSIVE: Meet the CEO of the Poleglass stock market-listed company in the frontlines of the search for a cure for Covid 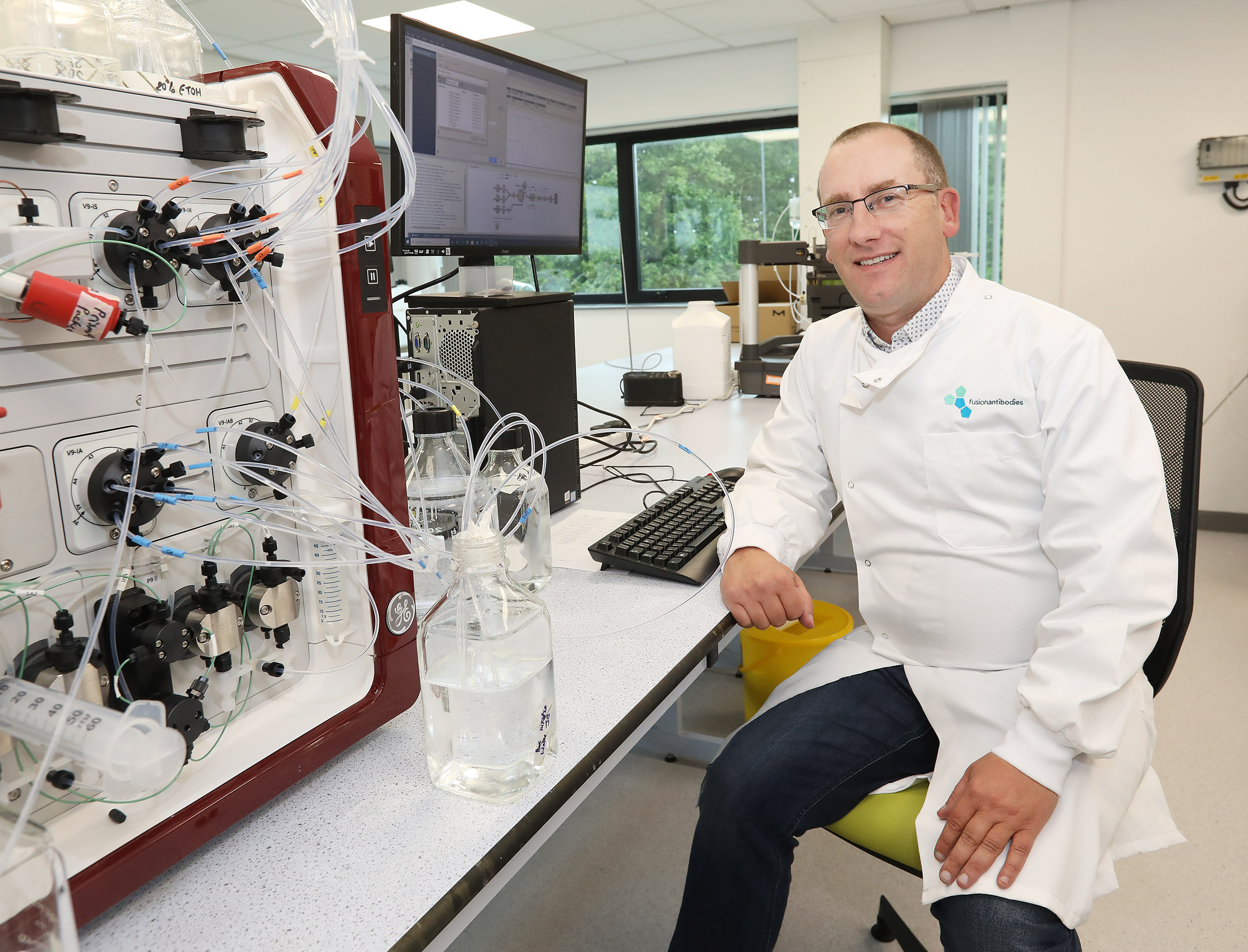 It's a publicly-listed company, just one of four across the North whose shares are traded on the stock market, its bioscientists are carrying out cutting-edge research in the search for a cure for Covid-19 and it's based on our doorstep.

Meet Poleglass's greatest secret: Fusion Antibodies plc, a firm tucked away on the little-visited Springbank Road at the foot of the Colin Mountain.

Since opening in the QUB Microbiology Building on the RVH site in 2001, Fusion Antibodies has had a turbulent history but today it enjoys its highest staff numbers ever — 50 — has a client roster which includes some of the most esteemed Pharma companies in the world (Pfizer. Check. Amgen. Check.) and has just completed a new share issue which brought in £3m to aid expansion.

Delighted to shed some light on our drug re-purposing research against SARS-CoV-2. A great collaboration between virologists @WWIEM_QUB and oncologists @QubPGJCCR in QUB. Very proud of the team! https://t.co/sMdhNz8MnD

CEO Paul Kerr believes the company, which spun out from Queen's University, is only starting to flex its muscles.

"I believe we are fast developing the capacity here to make drugs and if that happens, there is no end to our potential for growth," he said.

Fusion Antibodies are world leaders in antibody innovation. Already, they are working with two major clients who are involved in clinical trials for a Covid vaccine. "We create the antigens to detect Covid and every day supplies of high quality antigens are leaving Poleglass to go to some of the most sophisticated labs in the world which are flat-out seeking a vaccine for the virus," says Paul. The company's scientists are also collaborating with the Queen's University team under virologist Ultan Power who are researching Covid.

The company's work in antibody discovery and antibody engineering — including effectively 'photocopying' antibodies from animals and reconfiguring them to cure disease in humans — has earned it a world-class reputation and clients from South Carolina to South Korea..  "I have seen some transformative changes since I started in 2001," said Paul. "Back then, we had an ultra-modern machine which would have taken four years to sequence a human genome, now we have machines which can do that in a day."

Now valued at around £18m, Fusion Antibodies has prospered in Poleglass, adds Paul. "It's a great location and has served us well since we moved up here in 2006. Some people are surprised to hear that we are up here in the sticks but it's been perfect. We have been able to expand into the full factory space available to create additional labs and to accommodate a growing number of computational engineers. I truly believe that we now have all the ingredients in place here, in terms of experience and talent, to make a drug and if that happens, the sky's the limit."

It's not only Fusion's clients who are global, so are its funders. Early support for the company came from the pension funds of New York retirees. "The New York Comptroller backed our second funding round in 2008, raised by Crescent Capital, and made the success of Fusion Antibodies possible," adds Paul. "We're very grateful to our friends in the US, most notably New York Comptroller Tom DiNapoli who has helped us make a difference globally in the generation of new medicines and in the fight against Covid-19."