Mental health facility should be our priority 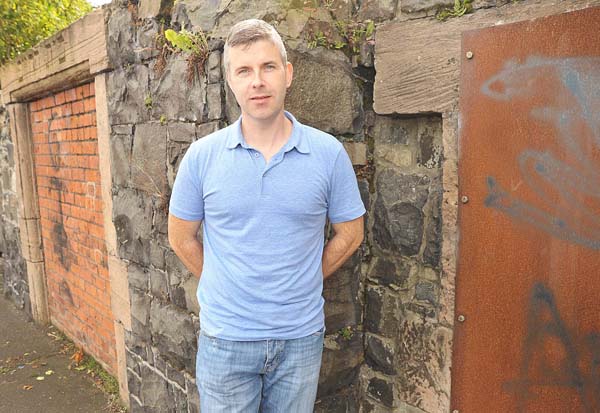 I don’t think there is a taboo around mental health anymore,” says Upper Springfield councillor Steven Corr. “It is talked about. In 2016 the issue is around resilience.”

Having recently attended a three-day conference entitled Building Hope: Working Together To Prevent Suicide, the Sinn Féin man told the Andersonstown News that the ultimate goal “is to get people in our community to a place where they can go when they feel under pressure – there is no point having services in place that people can’t access”.

“Families are looking to us to come up with a plan to tackle this massive issue around mental health,” he said. “The fact is and remains that the communities in North and West Belfast have the highest levels of people taking their own lives in the north.”

Cllr Corr spoke of how families are looking to him and their public representatives “for a plan to tackles this massive issue around mental health”.

“I have said before in this paper that we keep getting overtaken by real life events, by death in the area. The issue of suicide is very difficult to generalise – it affects all age groups, all sexes, all types of people, all walks of life whether affluent or not. When real life takes over, as has been the case in recent months, it’s the worst place in the world to be.”

Steven continued: “One of the big issues for this community is the effects of drug use. There has been a massive spike on the intake, usage of prescription drugs, the legal prescribing of them, the illegal obtaining of them flooding our areas.”

Cllr Corr added that the issue of suicide “among our young people is one that keeps me awake at night”.

“There is no one size fits all answer here.

“I am glad that the new Health Minister has put mental health to the top of her priorities but that plan has to be seen, be tangible, it has to be seen to be making an impact for the people in these communities.

“I remember there was a suicide banner at the top of the Whiterock, it was put up a number of years ago. The principal of the local school brought the kids out to point at some of the visible landmarks – Stormont, City Hospital etc, as it was a clear day. A kid turned round and said that the principal had forgotten about the banner. When the kids were asked to spell the word happiness, only half of them could, all of them could spell suicide. It is frightening to think that primary school children can’t spell happiness but can spell out suicide.

“I remember coming from a funeral a few years back of a young lad who had taken his own life. A fella stopped me and asked: ‘When is this going to stop?’ I answered I don’t know but what I do know is we are trying. This is an issue that transcends all party politics, it transcends everything.”

Trying to implement resources into the area is a pressing priority, he says, however the priorities of the area change on a day to day basis depending on what has happened the night before.

“At the minute we are fire-fighting.”

Asked what is needed in the area to try and help those struggling with their mental health, Cllr Corr replied: “We need to have some type of local, core funded, facility where people who have mental health problems can go.

“People need to speak to those who are fully trained and qualified, on a one-to-one basis. I know there are helplines, numbers, but nothing beats a one-to-one and I’m not talking about A&E either. We need a 24/7 response facility and that is what I and this community will continue to work for.”