OPINION: Might Northern Irish protocol be a step towards resolving 'monstrous injustice'? 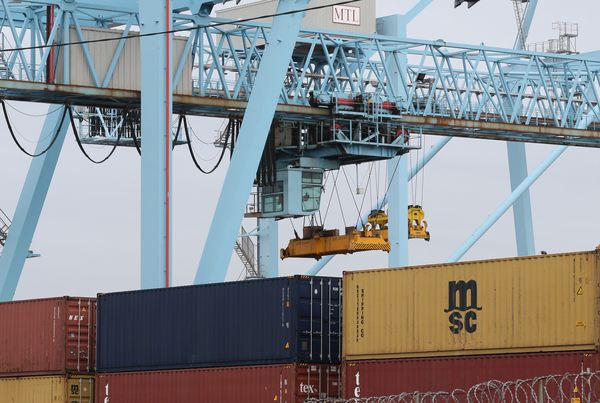 Two weeks is a long time in the union unit. Cummings’ ally Oliver Lewis was appointed to head up the unit only two weeks’ ago, but has resigned after being accused of leaking against Gove. Lewis, Lord Frost’s deputy in the EU negotiations, was the architect of the ‘let’s legislate to break international law’ policy in the Internal Market Bill, a crude attempt to put pressure on the EU which backfired spectacularly.

It seems Gove was getting on too well with Maroš Šefčovič, so hardball Frosty, with his ‘slimey’ CV, will now take over and get a seat on Cabinet. A crowd pleaser for Irish unionists? I doubt it.

Disunity in the Union unit. Or maybe just despair at realising how threadbare the case for it is. #indyref2 https://t.co/FCDJttbc9Y

The union unit is a mere side show in the general mayhem in No.10, where “no one agrees on much at the moment” (Katy Balls, Spectator) and where Johnson and Gove factions jockey for position. Carrie continues to shape the team around Johnson, much to the dislike of the pro-Brexit Bow Group of Tory MPs. One of her mates, Baroness Simone Finn – a “former girlfriend of Gove” (Sunday Times) – has just been appointed to Deputy Downing Street Chief of Staff.

The problem for the union unit is not so much a tactical one – love bomb Scotland versus be as rude as possible to Scottish Nationalists. It is more that it is incapable of seeing the main factor driving the union apart at the moment: Brexity English nationalism. That would mean holding up a mirror.

Max Hastings, in an opinion piece for Bloomberg (14 February). He wrote: “I lived in Kilkenny for a couple of years in the 1970s, and reported on the Irish Troubles for newspapers and the BBC. As a historian, I recognise the monstrous injustice committed by the British government in 1921, when it partitioned Ireland before conceding independence to the South… If Irish reunification takes place within a generation, as I believe that it will, a historic injustice will be righted.”

The unit will need to get its act together this week to help Secretary of State Brandon Lewis draft a response to a letter from Jim Allister, Kate Hoey and Ben Habib who are taking legal action over the provision for an Assembly vote on the protocol due in 2024. Their complaint is that this is to be a free vote rather than one subject to the cross-community support voting procedure that the DUP used to block same sex marriage and abortion law reform.

As other unionists gallop to catch up, we are promised more legal challenges to the protocol’s ‘violation’ of the Act of Union (1800), the Government of Ireland Act, the GFA and any other constitutionally-related law you can imagine. My last column asked, “Is someone preparing a legal challenge to the protocol?” It turns out they were.

The temporary vacuum in Downing Street’s promotion of the union has been filled by several contributions on Irish unionism. The Irish Times (19 February) published Roche and Barton’s synopsis of their book on The Northern Ireland Question in which they argue that unionists ‘accepted’ partition “because it recognised the distinctive entity of the northeast, and their democratic right to remain within the union”. Clearly the whole process of partition was a consensual democratic walk in the park even if, since then, it has been largely downhill for Northern Ireland due to the obstructionism of nationalists, their overblown sense of victimhood and the violence of the IRA.

The following day, the Irish Times carried a piece by David Trimble opposing the Protocol on Ireland/Northern Ireland (to use the formal title) and warning that “if the genuine grievances and resentments caused by the protocol are not addressed politically, then there is real potential for those who have engaged in past violence to take action again into their own hands.” There is also real potential, admittedly small, for those political leaders who championed Brexit to accept the consequences of their actions.

By arguing that “an ‘invisible border’ can be restored to the natural Irish land border”, Trimble is reheating a variant of ‘alternative arrangements’ first proposed in August 2019 and contained in a new pamphlet from the Centre for Brexit Policy for which he writes the foreword. Sammy Wilson is a Director and former Secretary of State and Randox consultant (nice ‘work’ if you can get it at £500 per hour), Owen Patterson, is the Chairman of the Centre.

A different take on partition and the next hundred years came from former editor of the Daily Telegraph, Max Hastings, in an opinion piece for Bloomberg (14 February). He wrote: “I lived in Kilkenny for a couple of years in the 1970s, and reported on the Irish Troubles for newspapers and the BBC. As a historian, I recognise the monstrous injustice committed by the British government in 1921, when it partitioned Ireland before conceding independence to the South… If Irish reunification takes place within a generation, as I believe that it will, a historic injustice will be righted.” In the contemporary politics of the union, he’s not too sure about independence for Scotland and Wales, but he sees Ireland as a different case altogether.

Sir Max Hastings on Brexit: "It is pretty potty, of course, that a middle-ranking offshore island, with little indigenous industrial capacity, should aspire to condescend to other nations." https://t.co/ahlU0cNAqC

One of the most overlooked contributions to current constitutional conversations is Prof Brendan O’Leary’s podcast for the Irish Times (12 February).

Find yourself 50 minutes and settle down to a history lesson on the constitution of the North and, more importantly, O’Leary’s agenda-setting thoughts on how the proposition for a new Ireland should be put together, well before a border poll takes place. The Irish government, he argues, needs to tap into public opinion in the North – through small group consultations, large group meetings, opinion surveys and so on – to establish views on a range of key issues.

Addressing ‘cultural unionists’ (as opposed to unionism’s political elites), the question should be: “I know you don’t want a united Ireland, but if it’s going to happen, how would you want such-and-such to work?” The examples he gives include policing, education, the economy, broadcasting and health: “what would an all-island health service look like?” We’ll come back to the economy and big ticket items missing from this list another day. For now, a few words about health.

The future resourcing and organisation of health care are not just questions for the North or northern unionists, of course. It is safe to say that the vast majority of people in the North would want the key principle of the NHS retained in any unity scenario: universal health care freely available at the point of use, with no cash barriers and no split public/private system that depends on the payment of private insurance premiums.

It is also fair to say that such a principle would be highly valued in the Republic, although, without a doubt, sectional medical interests would resist change, just as the British Medical Association voted not to work for the NHS just two months before it became operational in 1948. Bevan won over the doctors, particularly consultants, by “stuffing their mouths with gold”.

After more than ten years of underfunding and creeping privatisation of the NHS, a divide is growing between those who wait on lengthening waiting lists (Covid aside), and those who can afford to purchase private care. A few basic statistics reveal that the NHS now compares unfavourably with health systems in many other advanced economies. In 2019 the UK spent €3,154 on health per person compared to €3,576 in the Republic, €3,644 in France and €3,744 in Denmark (based on purchasing power equivalents). It ranked 13th in Europe in terms of spending per person. The Republic spends the equivalent of a fifth more per person on health care than we do in the North.

This book,Deaths of Despair by Anna Case and Angus Deaton,is a sobering eye opener.Detailing the devastating impact of deaths from suicide,drugs and alcohol—how much (e.g., charts)and why—it proposes “solutions that can rein in capitalism’s excesses and make it work for everyone” pic.twitter.com/JqKgu7LRqa

The above only scratches the surface of comparison. But the point is not about choosing one system or jurisdiction over another. It is about a vision for the future which builds on the best of both places and commits to reducing inequalities in health, to rebuilding public health systems and to resourcing health and social care to meet crisis levels of need. The rupture of Brexit, the pandemic, the climate emergency – are all reasons for a major reset of economic and social policies for a new Ireland.